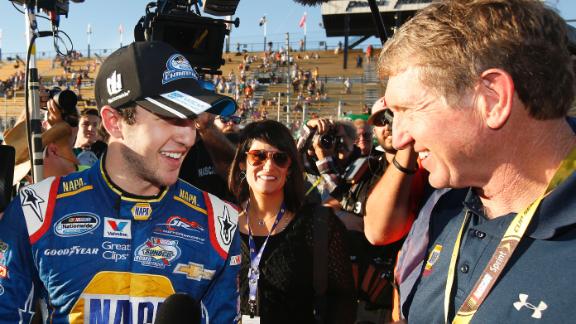 The 18-year-old rookie is the youngest driver to win a title in any of NASCAR's three national series. He broke the mark set by Brian Vickers, who was 20 when he won the Nationwide title in 2003.

Elliott, the son of Hall of Fame inductee and 1988 NASCAR champion Bill Elliott, clinched the title with his fifth-place finish at Phoenix. It moved him 52 points ahead of teammate Regan Smith with only next week's season-ending race remaining.

A high school graduate in May -- his mother made him juggle school with his budding racing career -- Elliott wasn't even sure he'd be racing this time last year. He had no prospects for a full-time ride in any of NASCAR's top series, and his deal to drive a Nationwide car for JR Motorsports didn't come together until January,

"This race a year ago, we had no plans of racing Nationwide this season and was uncertain what our future was going to be," Elliott said. "It truly has been a dream come true for me to even be competing this season."

Elliott's official celebration will have to wait until next week's season finale at Homestead-Miami Speedway, but he was greeted near the finish line by his parents and the family proudly posed for photos.

"They said just enjoy it," Elliott said of his parents. "This certainly has not set in for me, by any means. I am going to enjoy every bit of it until the green flag at Daytona (in February). This is a dream come true for me."

But this title also made Dale Earnhardt Jr. a champion car owner -- something his late father accomplished when Earnhardt Jr. won Nationwide titles in 1998 and 1999 driving for his dad. The championship for JR Motorsports was the first for the organization, which is owned by Earnhardt Jr., his sister, Kelley, and Rick Hendrick.

It comes in a season of turnaround for JRM, which has entered full-time entries in the Nationwide Series since 2006 but won just 12 races in its first eight seasons. JRM has nine victories this year, three by Elliott.

Brad Keselowski won the race with a pass of Kyle Busch following a restart on the two-lap overtime sprint to the finish. Busch led 187 of the 206 laps but was denied the victory because Keselowski was given the final chance to catch him after a caution with one lap remaining in regulation.

"It was kind of a shame, he had the race won but the yellow came out," said Keselowski. "I could understand if he was upset about that."

Busch questioned the need for the caution -- it was because Alex Bowman ran out of gas on the track -- and wondered if it was thrown to prevent him from capturing his eighth win of the season.

"It's pretty pathetic NASCAR throws these Kyle Busch cautions, it's really getting old and aggravating for us in this Nationwide Series," Busch said. "It's their prerogative, it's their series and they get to do what they want to and I just have to settle for second and miss our opportunity on another owner's championship this year."

It was Keselowski's 32nd career Nationwide victory and fifth of the season. The Team Penske entry driven by Keselowski goes into the finale with a 29-point lead over Joe Gibbs Racing in the race for the owners' championship.

Elliott Youngest To Win Title
Chase Elliott, 18, becomes the youngest champion in NASCAR history after clinching the championship with a fifth-place finish at Phoenix. 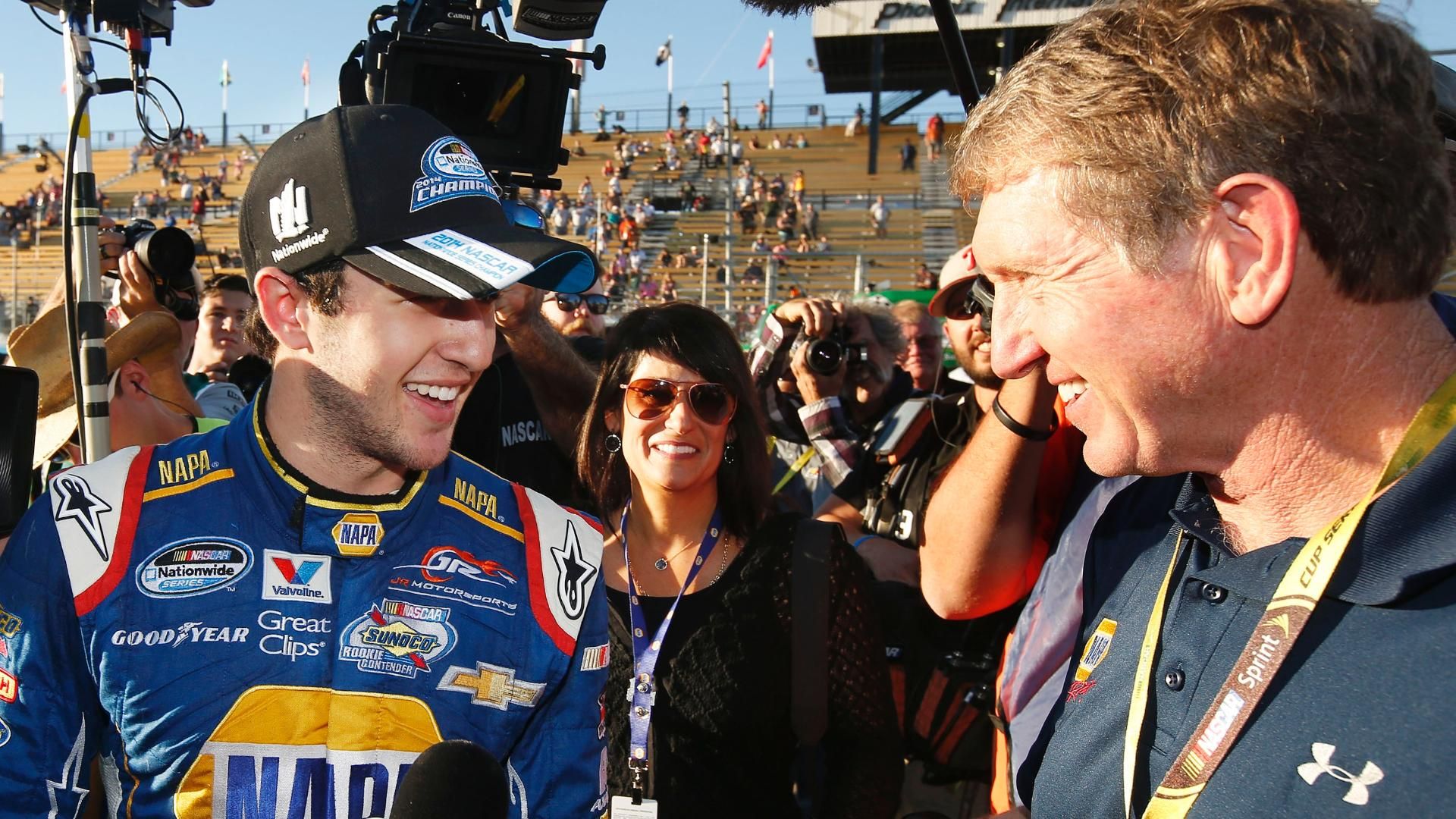 Emotions Boiling Over Heading To Phoenix
After emotions turned into a fight post-race in Texas, the NASCAR Chase heads to Phoenix where every spot for the championship race is still up for grabs.
Related topics:
sportsespnnascarjr motorsportsbill elliottkyle buschchase elliottbrad keselowskinwideyoungestphoenixautoracing
Copyright © 2020 ESPN Internet Ventures. All rights reserved.
More Videos
From CNN Newsource affiliates
TOP STORIES