Colin Kaepernick says he has "a great relationship with my teammates"

ESPN
By Paul Gutierrez
SANTA CLARA, Calif. -- While there is a growing feeling that Colin Kaepernick is being made a scapegoat for the San Francisco 49ers' problems -- possibly by someone in the organization, considering the apparent leaks to the national media -- the quarterback is not so sure.

Kaepernick was described as being on "an island" in the Niners locker room in a Fox Sports report over the weekend, after ESPN's Adam Schefter reported the usually solitary Kaepernick had stopped wearing his ever-present headphones in the lunchroom and started engaging with teammates.

Coach Jim Tomsula disputed the characterization, as did a few teammates.

"First of all," said receiver Torrey Smith, "our locker room is straight. We need each other, now more than ever ... Kap isn't on a damn island."

Backup quarterback Blaine Gabbert, the man who stands to benefit the most from a Kaepernick benching, insisted all is well, except for the product on the field, which is a 2-5 record and last-place standing in the NFC West.

"People tend to look for something that's causing turmoil," Gabbert said. "Rumors do not need to be spread and they're false."

Later, Kaepernick, with his tongue planted firmly in his cheek, asked Gabbert, whose locker is next to his, loud enough for anyone nearby to hear, "Hey, do you want to go eat lunch together?"

Then they walked out of the locker room.

Kaepernick, though, was asked if the national reports were weighing on him.

"No, reports don't bother me," he said. "My relationship with my teammates is great. That's all I'm worried about. What the perspective is outside the locker room really has nothing to do with me or this team.

The 49ers had three days off following Thursday night's 20-3 loss to the Seattle Seahawks and Kaepernick, who got post-game X-rays of his swollen right thumb, which came up negative, said he spent some time at home with his family.

Kaepernick's Total QBR of 53.0 is a career low -- 7.2 points lower than what he finished with last season.

"I have to take it to another level," he said. "I have to be able to make plays for this team and I have to be a difference-maker when I step on the field." 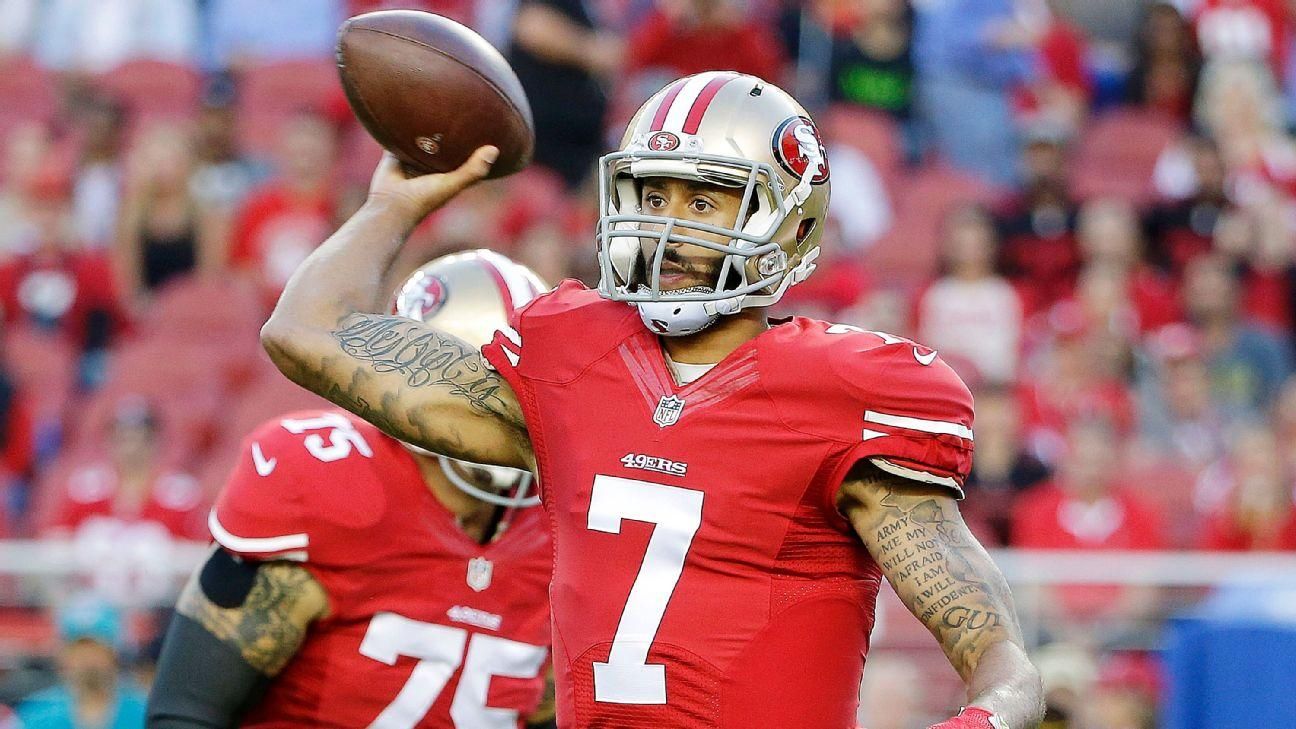 Is it time for 49ers to bench Kaepernick?
The His & Hers crew question if 49ers should sit QB Colin Kaepernick due to the team's horrible season so far.
Related topics:
sportsespnblaine gabbertcolin kaepernicktorrey smithnflsan francisco 49ers
Copyright © 2021 ESPN Internet Ventures. All rights reserved.
TOP STORIES
3 Bay Area counties may be 1st to mandate masks again
Here's when to get tested for COVID-19 (even if you're vaccinated)
Here's how seawater could be answer to California's drought
Oakland family files lawsuit against driver of deadly hit-and-run
Texas deputy AG apologizes to Biles, calls her 'true patriot'
Astronomers discover light from back of black hole for 1st time
Here's how, when to watch NBA Draft on ABC
Show More
CA recommends wearing mask indoors even if you're vaccinated
Bay Area school districts desperate to hire teachers amid shortage
Google, Facebook will require employees to be vaccinated
SF DA looks for new approach to homeless, mental health issues
Sunnyvale declares water shortage, residents asked to conserve
More TOP STORIES News