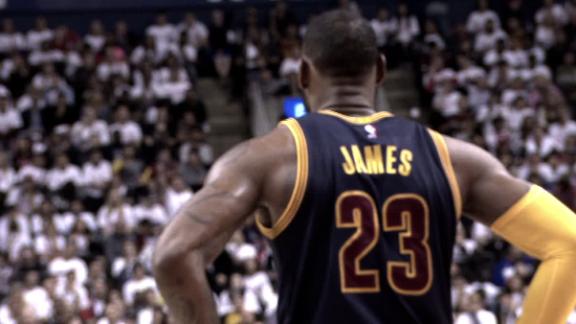 Golden State Warriors forward Draymond Green is disappointed in the level of competition the Indiana Pacers and Toronto Raptors have been able to put up against the Cleveland Cavaliers in these playoffs.

"I thought teams would compete a little harder," Green said after shootaround on Monday. "I just watched San Antonio-Houston. I like to watch good basketball. When you watch Cleveland play, you're only watching one side of the good basketball. That's kind of weak.

Green says that even though they're handling teams with more ease than the Cavaliers, he argues they're facing stiffer challenges.

"Nah, but I think Utah is still playing good basketball," he said. "Regardless if they win or not, I think we're a better team. But at the same time, they still play a good brand of basketball."

The All-Star power forward said the team isn't looking ahead to a potential third consecutive NBA Finals matchup with the Cavaliers.

"No, we have a long way to go," Green said. "We still got to get five more wins before we can even think about participating in the NBA Finals."

Golden State has a chance to close out Utah on Monday night at Vivint Smart Home Arena and match Cleveland's record.