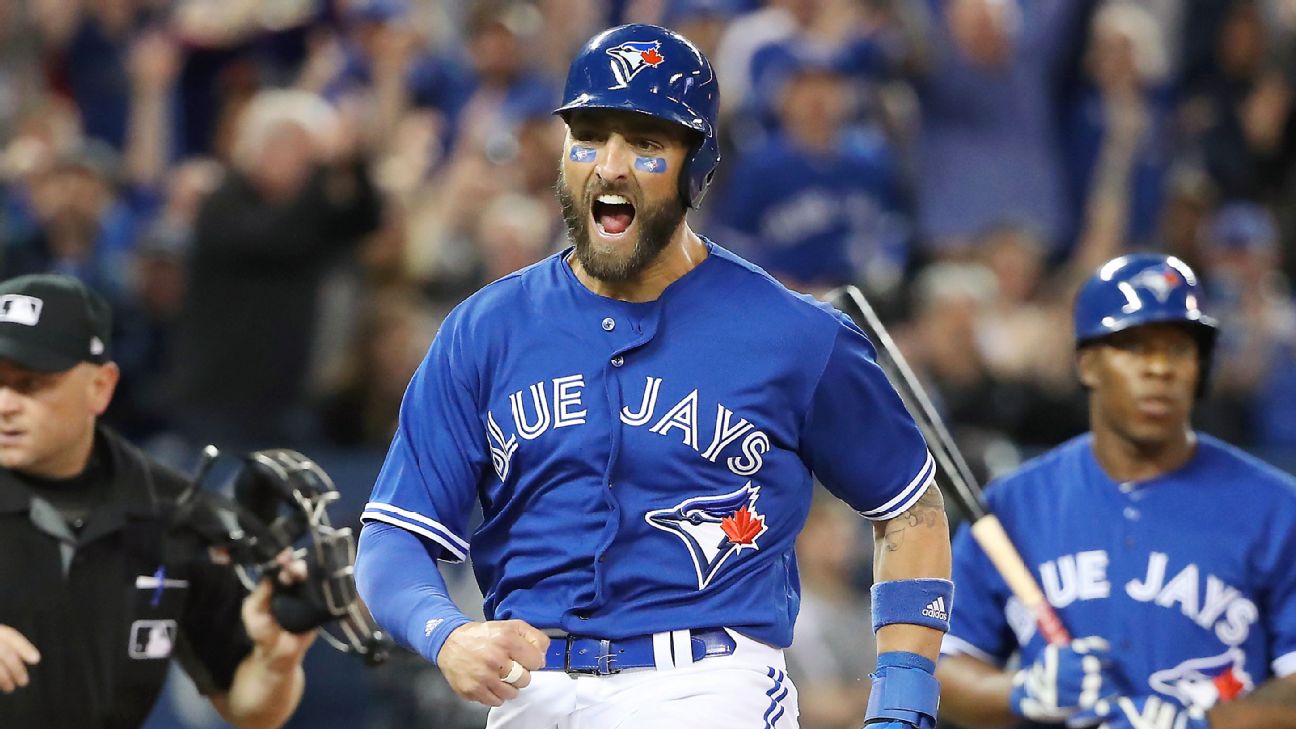 It marks the second trade in the past week by the Blue Jays, who also dealt veteran first baseman Kendrys Morales to the Oakland Athletics last Wednesday.

Pillar, 30, has spent his entire major league career with the Blue Jays, batting .260 in seven seasons. He is 1-for-16 in his first five games this season.

Pillar has 55 home runs and 231 RBIs in 695 games. He's known for his highlight-reel catches in center and was Toronto's longest-tenured player.

The Blue Jays shared a message from Pillar to their fans on Twitter.

The right-handed-hitting Pillar figures to see regular playing time in San Francisco's outfield. Left-handed Steven Duggar has started in center field in each of the Giants' first five games this season.

The Giants designated outfielder Michael Reed for assignment to make room for Pillar on the roster.