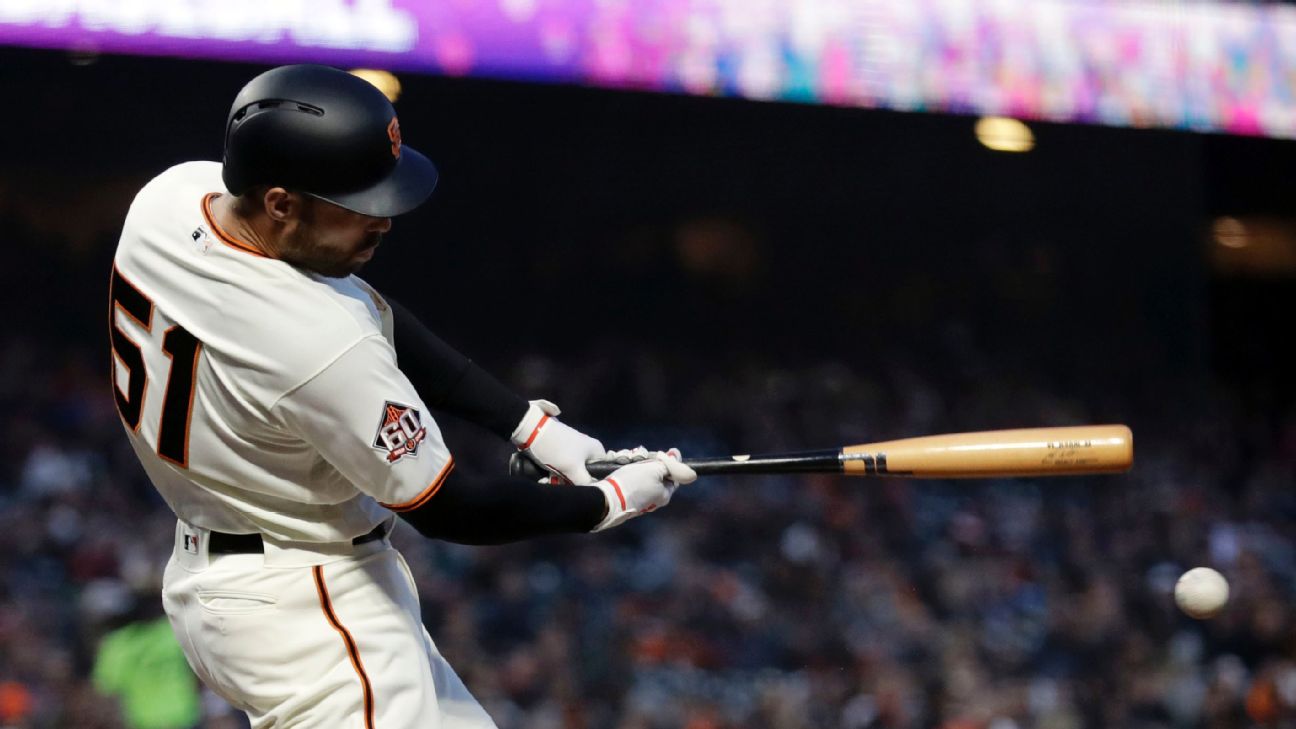 DENVER --Mac Williamson wasted no time in making an impact in his return to the big leagues.

Williamson homered and drove in four runs after being promoted from Triple-A Sacramento, helping the San Francisco Giants beat the Colorado Rockies 14-4 on Tuesday night.

"Today was everything I could ask for and more," said Williamson, who missed much of last season with a concussion. "It's one day. Tomorrow is a new day, and you've got to lock it back in. There's going to be ups and there's going to be some downs, and if I can stay right in the middle, I think I'll be OK."

Williamson's return to the Giants culminated an arduous, yearlong comeback that included being designated for assignment by the Giants after a disappointing showing in spring training. He had begun last season as the Giants' left fielder, but in late April he tripped over a bullpen mound while going for a foul ball and crashed head first into the padded railing. He struggled with lingering concussion symptoms for much of the rest of the season.

"Last year was extremely frustrating on multiple levels,'' Williamson said in the clubhouse before the game. "It is definitely gratifying that I was able to get it somewhat back together. I'm feeling good.''

After clearing waivers, Williamson accepted the Giants' assignment to Sacramento, where he quickly regained the team's attention by turning his fortunes around, batting .378 with nine homers, including three on Monday night. One of them traveled 511 feet.

He hit a 371-foot drive that was no less impressive in the Giants' five-run fourth on Tuesday night. He got hold of a 1-1 offering from Antonio Senzatela and drove it over the left field wall for a three-run homer.

Williamson also made a running catch at the wall of a line drive off the bat of Nolan Arenado in the Colorado eighth and starting a relay that shortstop Crawford finished with a throw to the plate that got Tapia trying for home.

Williamson added an RBI single in the fifth.

Williamson's promotion from Triple-A Sacramento was part of a series of roster moves since Monday night.

The Giants' roster shake-up began after Monday's 12-4 loss at Cincinnati when the Giants optioned outfielder Mike Gerber and switch-pitcher Pat Venditte to Triple-A.

It continued when infielder Yangervis Solarte, who was hitting .205 in 28 games, was designated for assignment. Also, veteran outfielder Gerardo Parra became a free agent after deciding against going back to the minors -- he was batting .198 in 30 games after hitting .284 for Colorado last season.

Along with Williamson, infielderDonovan Solanowas selected from Triple-A Sacramento, and leftyWilliams Jerezwas recalled from the minor league team before Tuesday night's game.