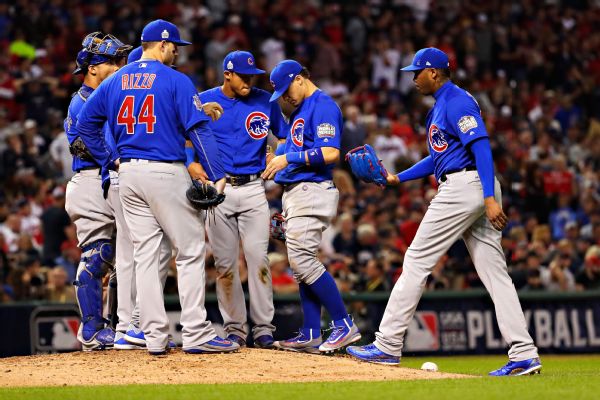 Maddon did the same two days earlier, in Sunday's Game 5, asking Chapman to get the final eight outs with the Cubs nursing a one-run lead. But his decision to do so on Tuesday with a five-run advantage raised some eyebrows and prompted a response from the Cubs' Twitter account:

Chapman relievedMike Montgomeryand threw two pitches in the seventh inning before gettingCleveland IndiansshortstopFrancisco Lindor to ground out with two men on base to end the inning. Chapman came up limping a bit after racing Lindor to first base on the bang-bang play but said it was "nothing bad, no issues at all."

Chapman then pitched a clean eighth inning, before the Cubs extended their lead to 9-2 on an Anthony Rizzohome run in the ninth inning. At that point, Maddon scrambled to get his bullpen ready as Chapman came out for the bottom of the ninth.

After Chapman gave up a leadoff walk to Rajai Davis, Maddon finally pulled him after 20 pitches in favor of Pedro Strop, who had to be pulled, as well, after giving up a hit and a walk. Travis Wood got the final out in the Cubs' 9-3 winthat forced a Game 7 with the Indians.

In his postgame news conference, Maddon defended the decision to bring in his closer.

"It was just the middle of their batting order. There was just no other way to look at that and feel good, man," he said."That could have been the ballgame right there.

"I thought the game could have been lost right there if we did not take care of it properly."

Maddon added that he talked to Chapman before the game and the four-time All-Star "was aware of the scenario."

"So he went out there and he was outstanding again," said Maddon, who told Fox in an on-field interview that he expects "more of the same" from Chapman in Wednesday's deciding Game 7.

"Aroldis will be ready to go,''Contreras said. "I'm already thinking about [Game 7], and he'll be ready."

Chapman echoed his manager and his batterymate.

"I don't worry about a few extra pitches," Chapman said. "I have all the strength and mentality to pitch in this scenario. I'm ready for [Game 7] 100 percent. It's the last game of the season. You cannot save anything. Time to leave it all on the field."

Chapman threw 62 pitches combined between Games 5 and 6 but with a day off in between.

"I feel blessed that I'm just healthy to pitch in this situation," he said. "This is [why] the Cubs brought me over."

Maddon has already indicated thatJon Lester would be available in relief for Game 7. 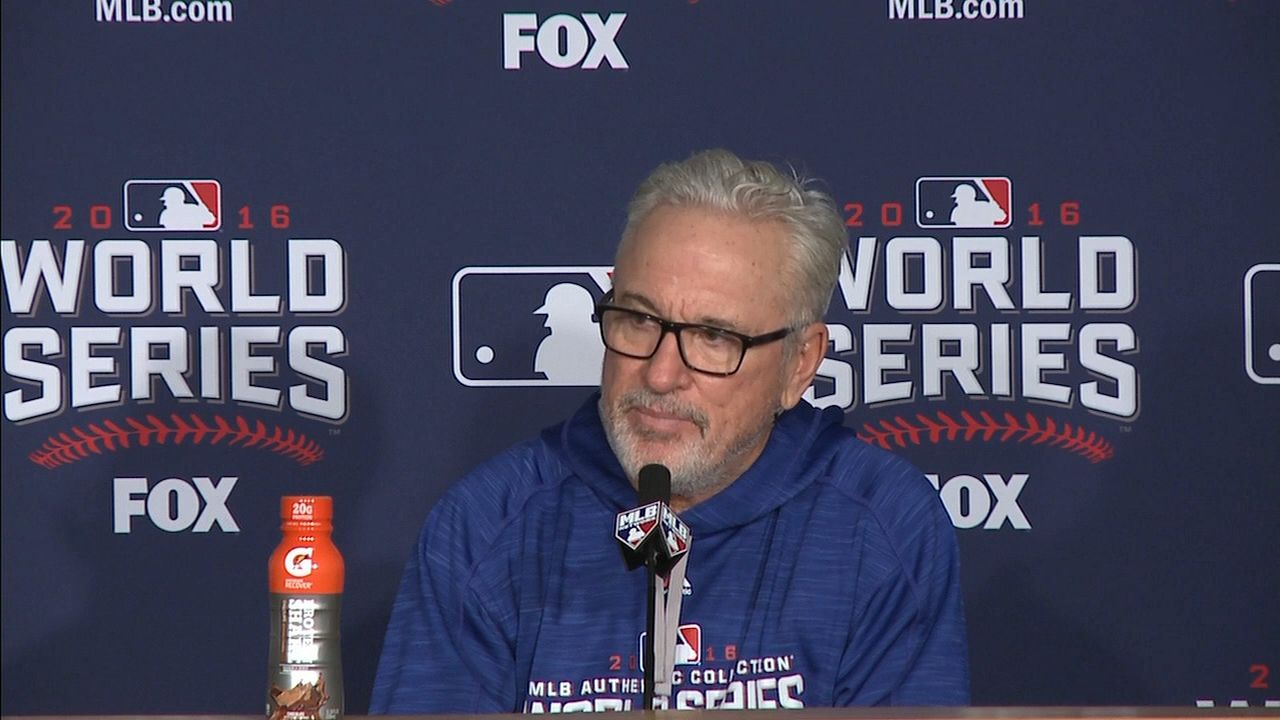