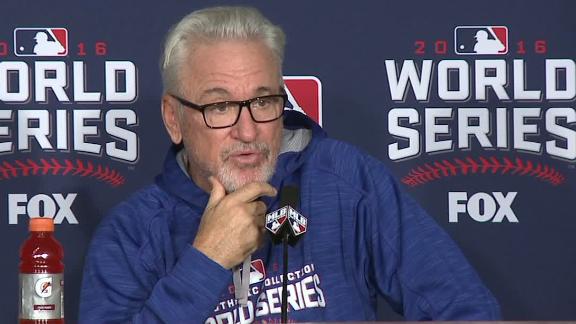 CLEVELAND -- Cubs manager Joe Maddon says he thinks he can get 30 to 40 pitches out of closer Aroldis Chapman in Wednesday night's Game 7 against the Indiansdespite acknowledging a mistake by leaving in the left-hander for too long in Game 6.

Some criticized Maddon for going to Chapman with men on base in the seventh inning Tuesday with the Cubs leading by five runs. Maddon figured to pitch Chapman with a decent lead rather than later in a tight game.

"If we had given up any runs (without Chapman), he would have thrown 20 more stressful pitches in the latter part of the game," Maddon said.

So instead of waiting for a close game, Maddon prevented one by going to Chapman. Maddon does regret letting his closer start the ninth inning after the Cubs extended the lead on Anthony Rizzo'shome run.

"The only mistake I made is I should have had somebody up for that first hitter in the ninth inning had Rizzo hit a home run," Maddon said. "That was my mistake right there."

Reliever Pedro Strop only started warming up after Ben Zobrist reached base in the ninth following Rizzo's two-run shot. Chapman gave up a leadoff walk on five pitches in the bottom of the ninth before being pulled. Maddon thinks Chapman is still good for "30 to 40" pitches in Game 7 after throwing 20 in Game 6 and 42 in Game 5 on Sunday.

"I absolutely think he can," Maddon said.

The Cubs manager also says Chapman's free-agent status has changed in a positive way after his past two outings in the seventh inning of World Series Games 5 and 6.

"Industry-wide, I would have to believe his stock has risen dramatically and how he's done it," Maddon said. "Total team guy now. I can't emphasize enough how important it is to be communicative."

Maddon says he tried to use Chapman for multiple innings after the Cubs traded for him midseason, but things didn't work out. After staying in touch with him -- Maddon praised Chapman's personal assistant in helping this cause -- the two came to an understanding, and Chapman was on board for a larger role.

"They are definitely luxury items," Maddon said. "They're the best sports car, they're the yacht, they're the coolest, hottest plane in the air right now. They're different when you are that good. It requires a lot of communication to be on the same page and we achieved that."

Maddon says he would love to have Chapman back next year, but the manager also says he wasn't sure of the team's financial situation heading into the offseason. It's assumed the veteran is looking for a multiyear deal. His World Series performance so far can certainly help his cause.

"He's been an extremely large reason we're in this moment right now," Maddon said. "The perception has to have changed with him. And bully for him." 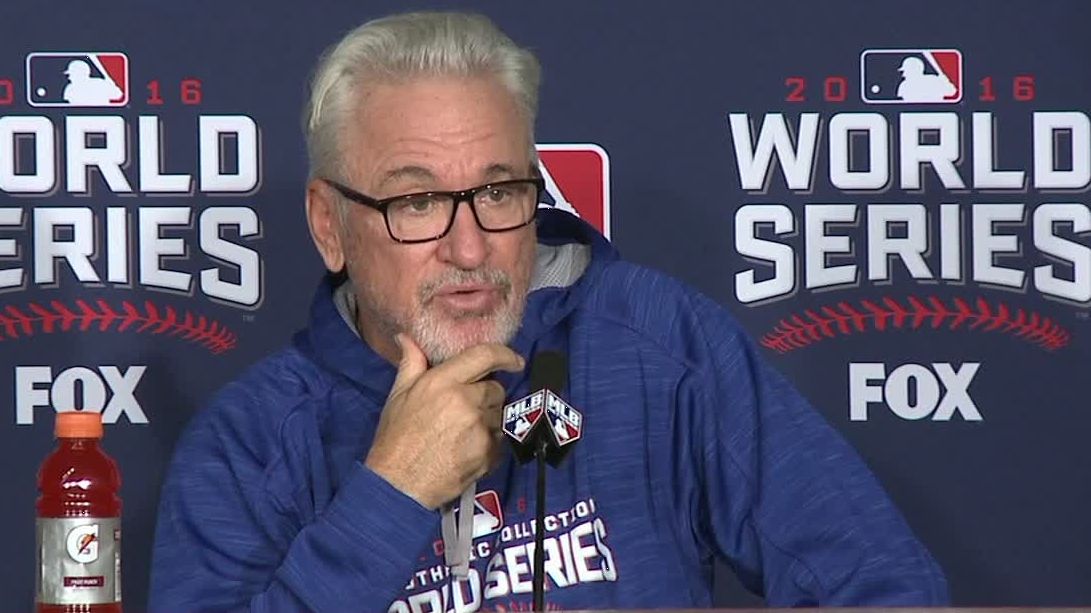 Maddon says Chapman available for two innings
Joe Maddon shares what Aroldis Chapman's availability is for Game 7 and how Jon Lester factors into the equation. 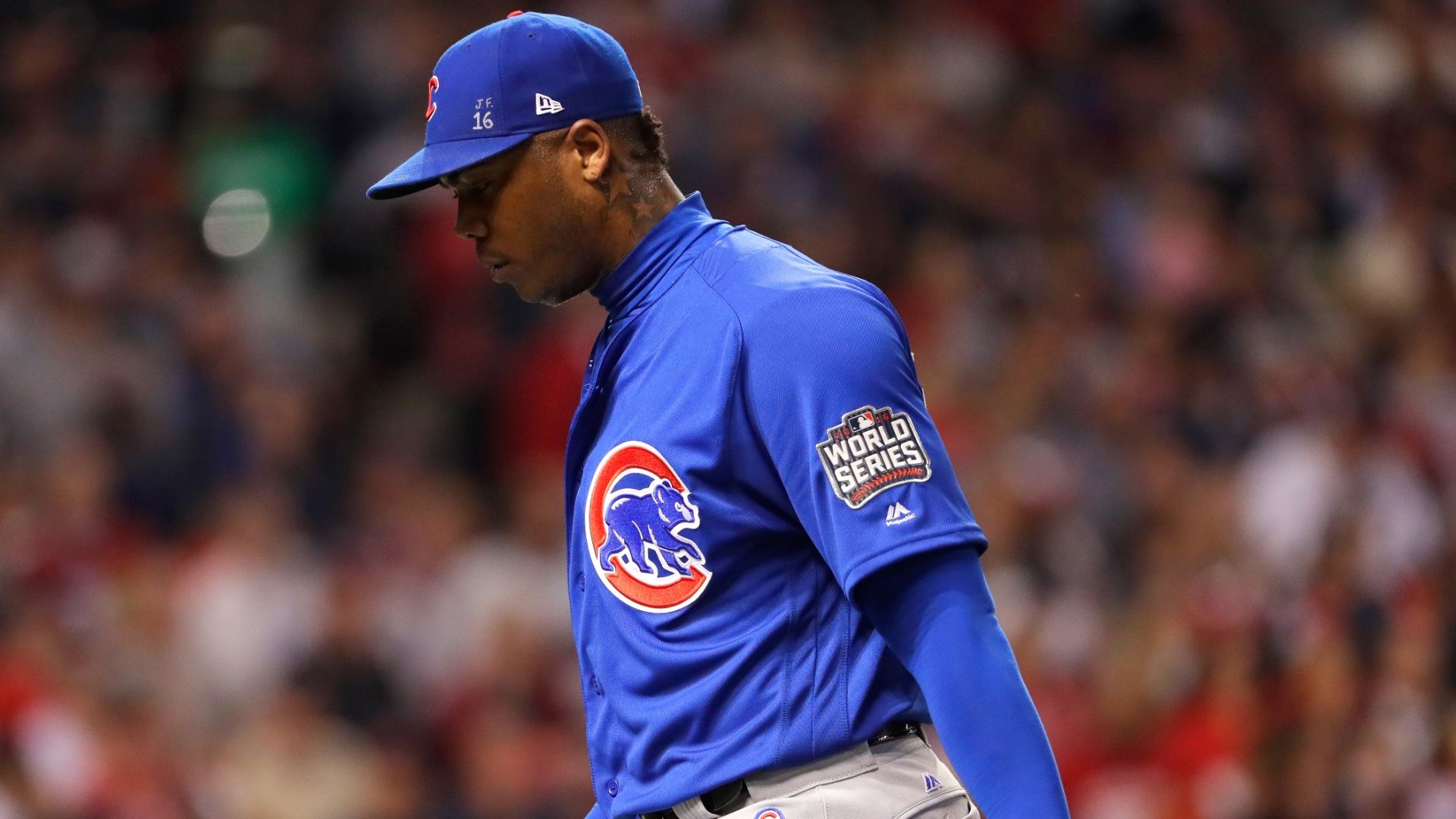