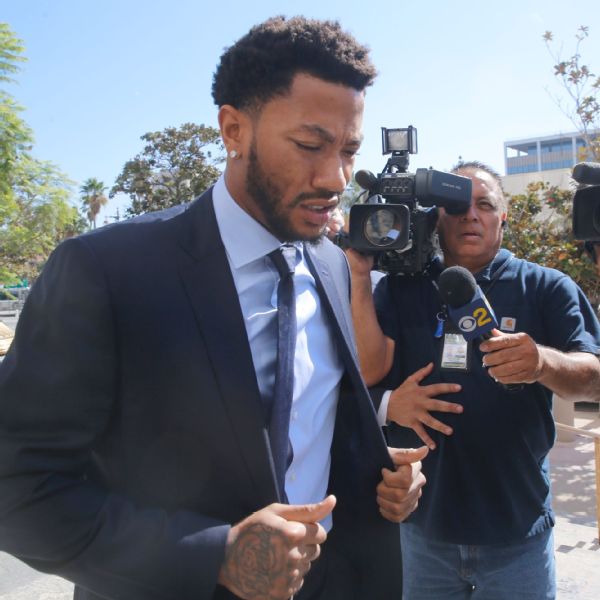 ESPN
LOS ANGELES -- Lawyers for a woman who filed a lawsuit accusing NBA star Derrick Rose and two of his friends of rape failed to disclose text messages to the defense, but the lapse was not significant enough to derail the civil trial, a judge ruled Wednesday.

Lawyers for Rose had argued that the plaintiff's lawyers purposely withheld three texts until the woman finished testifying so the defense couldn't ask about messages that showed she had been plotting sex on the night in question and, on the following day, was seeking taxi reimbursement and not accusing anyone of rape.

The woman's lawyers said the texts did not add new information. They claimed they were shared with the defense, though they couldn't prove it.

U.S. District Court Judge Michael W. Fitzgerald said the accuser's legal team had failed its legal obligation to share the texts, but there was a "minimal amount of prejudice" against Rose and his friends.

The judge said he would instruct jurors that the texts were disclosed recently and allow defense lawyers to question the accuser about the messages.

The woman suing Rose and two friends for $21.5 million claims she was raped while incapacitated three years ago.

Text messages have played a central role in the case, providing a rough chronology and also helping explain what happened at a time when she said she blacked out from drinking and possibly some drug. During that time, she continued sending coherent messages to Rose.

Dr. Ernest Lykissa, a toxicologist hired by the defense, testified that the woman couldn't have been as drunk as she claimed and been able to text so clearly.

Defense lawyer Mark Baute said the newly revealed text messages were the best evidence the defense had that the woman had filed a false rape claim after being "dumped by texts" from Rose.

During his argument to have the case dismissed, Baute dropped a bombshell by announcing the Los Angeles police detective investigating the case had died the day before.

He said Detective Nadine Hernandez had once told him "there's no rape case here."

Hernandez, a 19-year police veteran, died from a gunshot wound to the chest Tuesday in a suspected suicide, police said.

The woman suing Rose appeared shocked by news of the death.

Hernandez had just interviewed the woman at her parents' Northern California home in the past month, attorney Brandon Anand said.

"She unequivocally stated that a crime had been committed," Anand said.

A Los Angeles police spokeswoman wouldn't comment on the death or the investigation, but the department issued a statement saying Hernandez was one of several detectives investigating the allegations and her death wouldn't impede the probe.

The LAPD said there's no indication the death was related to any cases Hernandez was investigating.