LeBron James wanted All-Star draft televised, but not all concurred 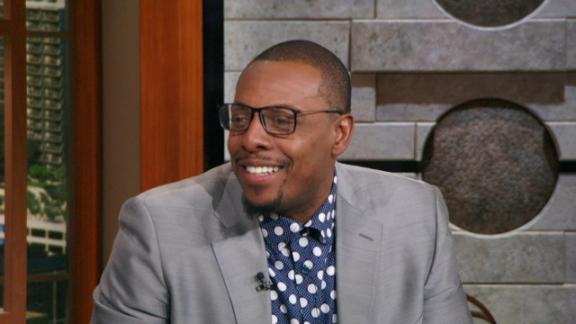 The National Basketball Players Association said in a statement on Thursday morning that players could not reach a consensus on whether they preferred to televise the All-Star draft.

"It was the absence of a consensus by prospective players likely to be affected that led to" the decision not to support televising the draft, the association said. "Whether a decision to broadcast the draft will be made after this year's game, that will be determined going forward."

James and Stephen Curry -- the leading vote-getters in their respective conferences -- chose the two All-Star teams on Thursday in a call with league officials.

After the draft, James and Curry both said that they'd like the process televised next season, though neither player revealed whom they selected with their initial picks Thursday.

The two initially made their sentiments clear on Twitter, after they'd completed the draft but before the teams were announced.

James and Curry chose the rosters without regard for conference affiliation from the pool of starters and reserves. Results were revealed Thursday evening.

In addition to attempting to improve the competitive nature of the game, the new format provided an interesting dynamic for James and Curry because of their personal relationships with players they were drafting. James selected ex-teammate Kyrie Irving, which is noteworthy because Irving requested a trade from the Cavaliers over the summer after he, James and the organization had won an NBA title and reached three consecutive Finals.

Curry didn't end up with teammate Kevin Durant, who was drafted by James. But he selected Golden State teammates Draymond Green and Klay Thompson. James drafted Cavs teammate Kevin Love and, afterward, reiterated that he preferred that the process be televised.

In addition to James and Curry, other players and coaches had recently supported the idea of televising Thursday's draft. NBA commissioner Adam Silver earlier this month recognized the intrigue in publicizing the draft but said doing so would put Curry and James in an "impossible position" because of their relationships with players in the draft.

"They're picking one player over another -- in part, not because they necessarily think that player is better than another player, maybe because they have a personal relationship with the player, or they think that player would be a better complement to the players," Silver said in a news conference earlier this month. "And that, invariably, if they just did it as a pure draft, guys would say, 'Oh, I can't believe such and such was selected before that player.' So I would only say, it's a big change from where we were, and I think we'll see how this works, and it will develop over time. ... The goal was to improve the All-Star Game, not put a cherry on top of the cake."

Per the NBA's rules, James' and Curry's first four selections were required to come from the pool of starters. James selected ahead of Curry because he finished with the highest overall voting total. Curry received the first selection among the reserves.

The NBPA said there was no formal process to ask players their opinions on televising the draft. Players' opinions were conveyed via NBPA leadership, and the lack of consensus was one factor in the decision to ultimately keep the draft proceedings private.