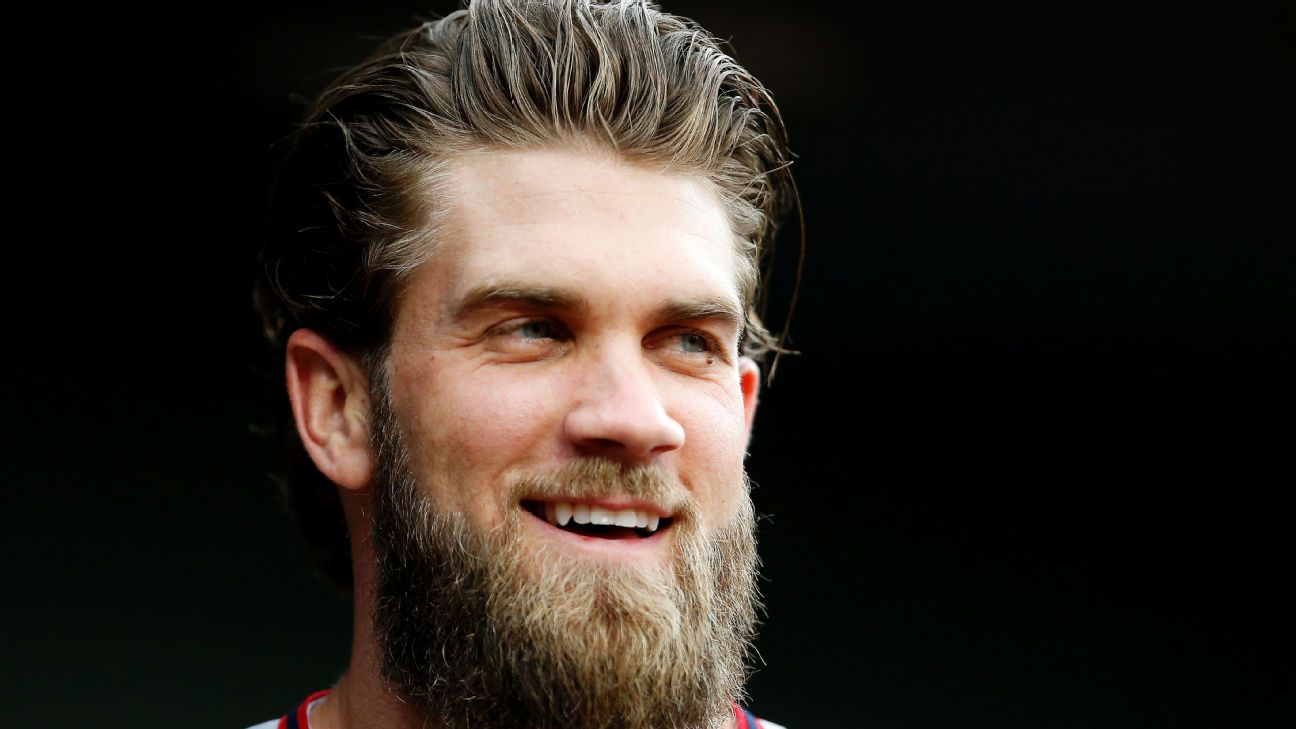 "I think it'd be a huge addition for us," Bumgarner said Tuesday as the Giants opened spring training. "He's obviously a superstar in the game, a young player. I think everybody in here would be pretty damn excited to have him."

"I think anybody who plays Major League Baseball would love to have him on their team and that's no exception here," Posey said. "The type of player he brings and the passion he brings to the game, if we were lucky enough for it to work out, it'd be great.

"I've been part of teams that we won when we probably weren't supposed to. We've seen plenty of other teams do it. Obviously, some guys, like Harper, that's going to make any team betterm: Bumgarner said. "That's not to say we couldn't do it without him. We've got the guys and we could do it. It's all a mentality."

During the Giants' fan fest this past weekend, manager Bruce Bochy shared a text message he received from Bumgarner regarding possibly using an "opener" before one of the lefty's start.

"If you're using an opener in my game, I'm walking right out of the ballpark," Bumgarner told Bochy.

"That was more lighthearted," Bumgarner said Tuesday. "Me and Boch have a good relationship."

Asked how he would feel if Bochy tried it, Bumgarner responded: "I didn't see the Red Sox doing it."

Boston used its starters in a more traditional way en route to its fourth title in 15 seasons, although they did use Chris Sale and Nathan Eovaldi out of the bullpen in the postseason. Posey joked that he would be willing to tell Bumgarner that someone else would be starting his game -- Bumgarner came out of the bullpen to pitch the final five innings of World Series Game 7 against Kansas City in 2014 as the Giants won their third title in five seasons.

"I think a lot of the new age thinking, if you want to call it that, analytics, you have to be open to it," Posey said. "As time goes by, as players we have to continually evolve. I don't think anybody expects you to say, OK, I'm going to give up what I've done for the last 30 years in baseball and switch to something completely different.' At the same time, we have to be aware of a lot of variables. What gives us the best chance to win, No. 1. You have to look around and see what is our competition doing -- is it working for them. I'm all about winning."
Report a correction or typo
Related topics:
sportsespnbuster poseymadison bumgarnersan francisco giantsbryce harper
Copyright © 2020 ESPN Internet Ventures. All rights reserved.
More Videos
From CNN Newsource affiliates
TOP STORIES
UC Berkeley historian compares COVID-19 to polio epidemic of the 1950s