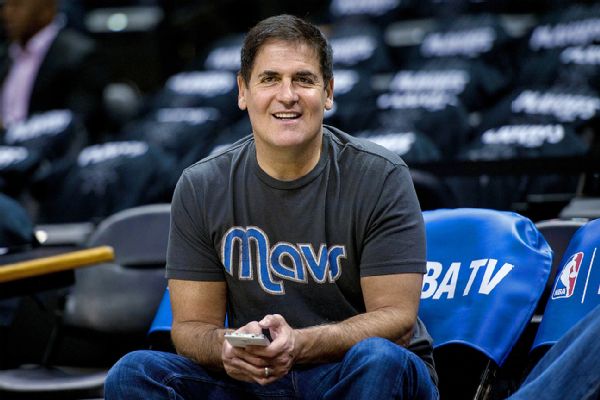 DALLAS -- It will take more than a quarter-season of historic production for Mark Cuban to admit that Oklahoma City Thunder point guard Russell Westbrook has proved him wrong.

Cuban, the outspoken Dallas Mavericks owner who declared during last season's playoffs that Westbrook wasn't a superstar, said he still isn't convinced even though Westbrook is on pace to be the first player to average a triple-double since Oscar Robertson in 1962-63.

Westbrook had 27 points, 10 rebounds and 10 assists in Friday's 102-99 loss. It was his seventh consecutive triple-double, the longest streak since Michael Jordan had seven straight in 1989, and his season averages now sit at 30.9 points, 10.8 rebounds and 11.3 assists per game.

Cuban said in April, about an hour before Westbrook's 36-point, 12-rebound, nine-assist performance in Game 5 of the first round to eliminate the Mavs, that a true superstar can carry a mediocre roster to 50 wins and a postseason series win. He noted that the Thunder failed to make the playoffs in 2014-15, when Kevin Durant missed most of the season because of a foot injury.

Led by Westbrook, who has been first- or second-team All-NBA five times and is widely considered an MVP front-runner, the Thunder are 14-9 after Friday's loss and on a 50-win pace for the season. Oklahoma City will have to keep up that pace and perhaps pull off what would be considered a first-round upset for Cuban to recognize Westbrook as a superstar.