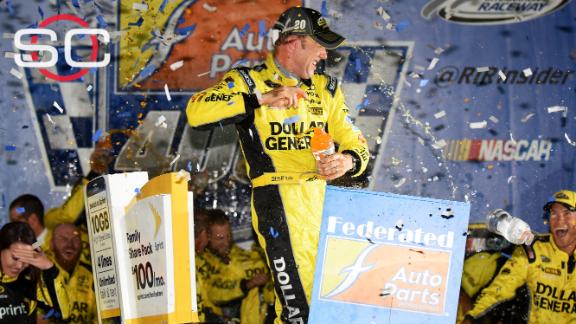 RICHMOND, Va. -- Matt Kenseth said Friday that sometimes he's surprised how his car races at Richmond International Raceway because the drivers practice during the day but race under different conditions at night.

But there were few surprises Saturday night in the Federated Auto Parts 400.

Kenseth, who had a stout car in practice and qualifying Friday, led 352 of the 400 laps on his way to the victory.

And there were no surprises in who made the Chase for the Sprint Cup in the regular-season finale.

"I felt great coming in and when the 43 [of Almirola] started hauling, I got nervous at the end," said Menard, who joined McMurray as first-time Chase participants. "It's not the race we wanted any stretch, but we did what we had to do. We knew what we had to do to come in and make the Chase, and we did that."

Kenseth joined Jimmie Johnson and Kyle Busch with four regular-season wins, and they left Richmond atop the standings thanks to the three-point bonus for each regular-season victory as part of the points reset for Chase competitors.

"It feels really good," Kenseth said. "It's good for all of our confidence, especially mine. I felt horrible wrecking that car [last week at Darlington] -- it looked like it was the first time I ever drove a race car last week. ... I was glad that I didn't make any mistakes tonight and did get a win."

They each have 2,012 points entering the Chase, with a three-point lead on Joey Logano, a six-point lead on regular-season champ Kevin Harvick, Dale Earnhardt Jr., Kurt Busch and Carl Edwards, and a nine-point lead on Brad Keselowski, Martin Truex Jr. and Denny Hamlin.

The winless drivers who got into the Chase on points will start 12 points behind.

No driver who entered the race on the outside looking in raced into the Chase field, with most of them needing to earn one of the automatic Chase berths that comes with a race win. Of the notables missing the Chase were 2014 participants Almirola, Kahne, AJ Allmendinger and Greg Biffle. Tony Stewart and Danica Patrick also were among those to miss the Chase cut.

"I am really proud of all my guys," Almirola said. "We worked our guts out all year long, and tonight was no different. I feel we have overachieved this year and really maximized our results week in and week out.

"I am disappointed to come up a few spots short, but we gave it all we had and that is all we can do."

Also disappointed was Roger Penske, whose driver, Logano, restarted second on the final restart with 18 laps to go. He felt that Kenseth restarted prior to the restart zone, which also allowed Kyle Busch to take over second.

Logano finished third, with Almirola and Earnhardt rounding out the top five.

Kenseth said he went as soon as he felt he could in the restart zone, where the leader restarts the race by mashing the gas.

"The last restart, the guy must have closed the window and pulled the blind down [in race control]," Penske said. "That's how bad it was. They talk about it in the drivers [prerace] meeting and how they were going to do something. They docked [Ryan] Blaneythe other night [a few weeks ago at Bristol] for the same thing. I don't understand. It must be adifferent set of rules.

"They've got to come up with some way to say what's right or what's wrong. To me, this is a perfect example of inconsistencies. And when you are racing for as tight as we are for everything that's on the line, you just can't have that kind of officiating."

NASCAR's Chase is broken into four rounds, three rounds of three races and then a one-race championship round. The four winless drivers with the fewest points in each round are eliminated, setting up a championship race at Homestead-Miami Speedway in which the top finisher of the four remaining drivers captures the championship.

Last year, the Chase was filled with drama, and NASCAR has to hope that it has more drama than its anticlimactic regular-season finale Saturday, in which a late, futile surge by Almirola presented the only excitement as far as who would advance to the postseason.

There was one bizarre incident: Michael McDowell clipped a safety truck on the high side of the track on Lap 291. He was a lapped-down car, and as the leaders dove down pit road, McDowell didn't know that the safety truck was on the track.

The safety crew reported to NASCAR race control that they were not injured.

"I jumped on the brakes and started to slide, and then [the cars in front of me] all pulled down, and it was just too late for me," McDowell said. "I had no idea the safety truck was there. I think a lot of guys were trying to pull up to get to pit road, and a lot of lapped guys jumped on the brakes.

"It was just my mistake, obviously. I'm driving it. I take full responsibility for it. But it definitely caught me off guard. ... I'm thankful nobody got hurt. I'm embarrassed for my team." 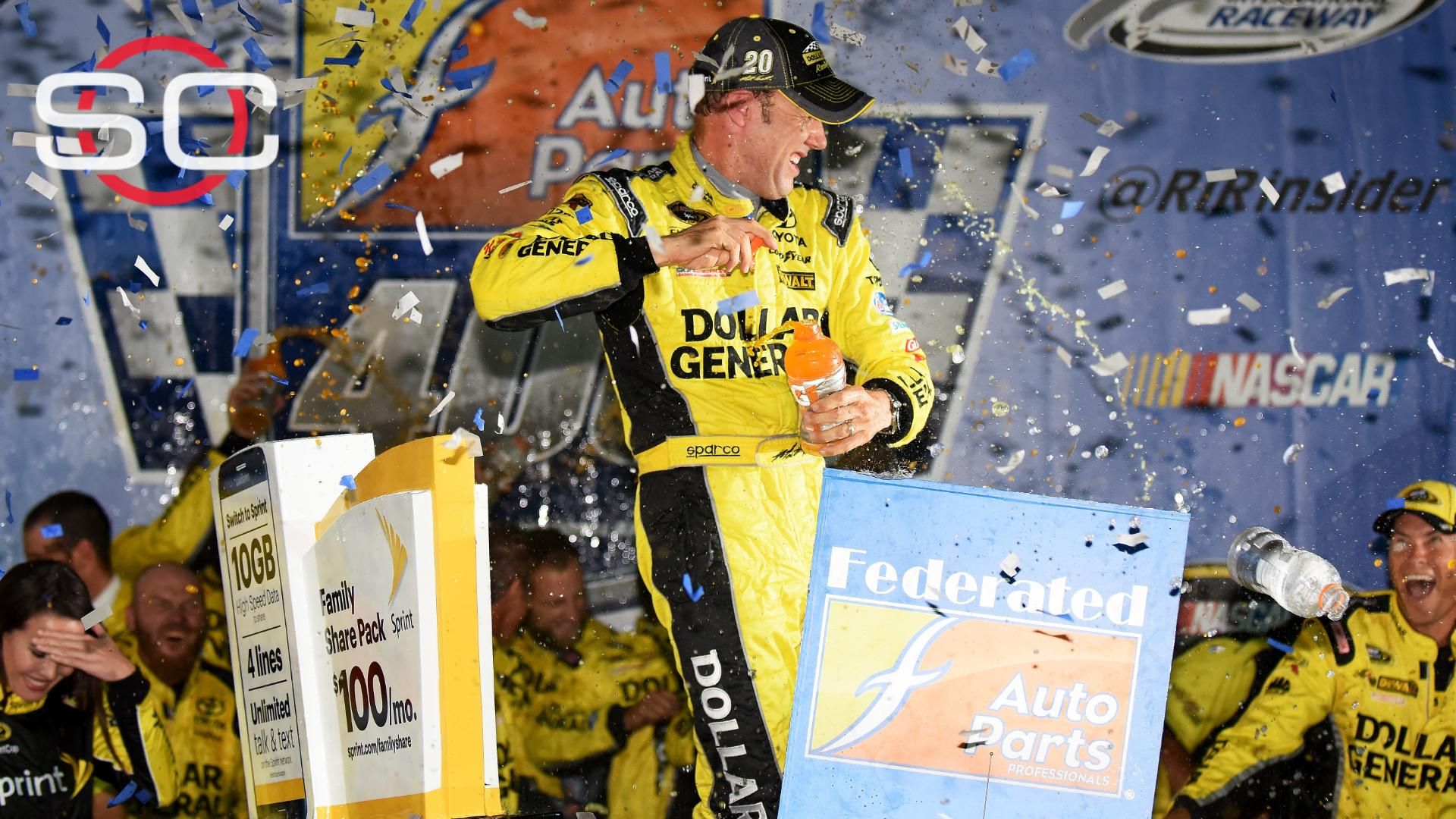