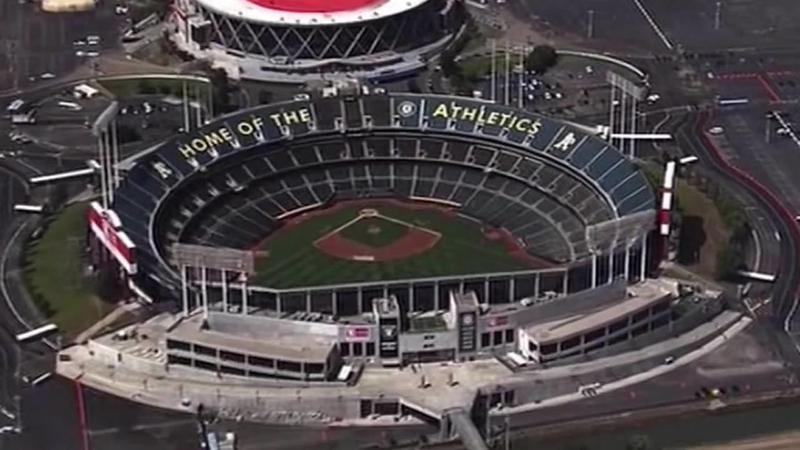 OAKLAND, Calif. (KGO) -- The clock is ticking for East Bay officials trying to meet a series of deadlines in their efforts to build a new stadium complex for both the Oakland Raiders and the Oakland Athletics.

With a Monday deadline looming, Oakland city officials were in meetings all day long to prepare for their response to the Coliseum City proposal presented by developer Floyd Kephardt. "This is great because I think things are culminating together. There's a lot more certainty on both the A's and Raiders parts about what they need, what deal would be, you know, we're going through that with both the sports teams and Mr. Kephardt at this time," Oakland Assistant City Administrator Claudia Cappio said.

As it is now, the plan calls for the construction of two separate stadiums on the existing Coliseum property.

One of the possibilities is the city of Oakland could buy the county of Alameda out of the land.