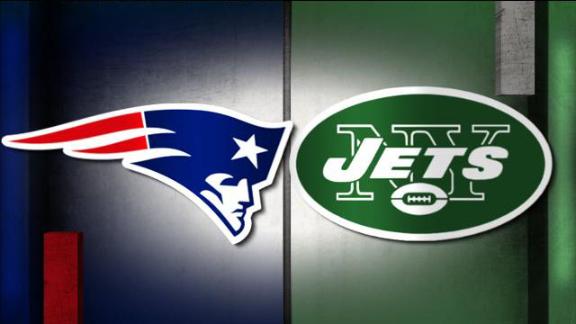 EAST RUTHERFORD, N.J. -- The New England Patriots will be without leading receiver Julian Edelman and running back LeGarrette Blount for Sunday's road game against the New York Jets, the team announced Saturday.

Edelman, who has been playing through a thigh injury, also sustained a concussion within the last week. Edelman's concussion was first listed on the team's injury report Wednesday and he was limited in practice all week. In last Sunday's win over the Dolphins, Edelman caught a team-high seven passes for 88 yards and converted a first down on a 6-yard run, playing through the fourth quarter.

Blount was limited in practice all week with a shoulder injury he presumably suffered against Miami. Jonas Gray, who fell out of favor with coach Bill Belichick after showing up late to practice last month, likely will step into the primary back role he had been sharing with Blount.

New England also will be without top slot cornerback Kyle Arrington, who did not make the trip due to a hamstring injury.

The Patriots did not make any roster moves by Saturday's 4 p.m. ET deadline to account for the voids.

Edelman has appeared in all 14 games this season, with 13 starts, and has totaled 92 catches for 972 yards and four touchdowns. He also has 10 rushes for 94 yards and is the team's top punt returner, with a 12.3 average and one touchdown.

With Edelman not playing Sunday, it figures to thrust No. 3 and 4 receivers Danny Amendola and Brian Tyms into a larger role, while tight end Tim Wright -- who has receiver-type skills -- also could see an increase in playing time.