Pats to be smart vs. Richard Sherman 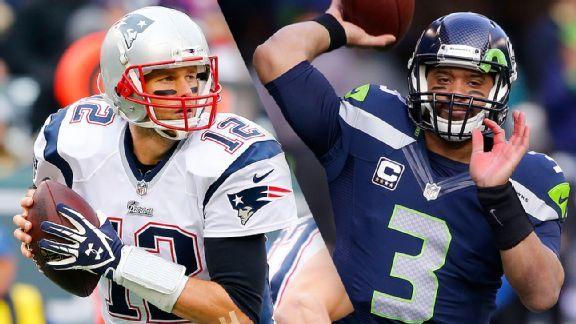 PHOENIX -- New England Patriots offensive coordinator Josh McDaniels said Tuesday that an offense can't avoid Seattle Seahawks cornerback Richard Sherman all the time, but by the same token, "You can't not be smart and just throw at him because you're just trying to throw at him."

During the Patriots' session in Super Bowl XLIX media day, McDaniels said the team is still working through how it will attack the Seahawks' "Legion of Boom" secondary but that Sherman has to be part of the equation.

"It's not easy to avoid someone the whole game ... just say you're not going to throw over there," McDaniels said. "But you have to be smart because he will take the ball away from you. There's a reason he's taken the ball away from people, because of his skill level. But there's no way around it. If the coverage takes the play there, that's where you go.

Sherman usually lines up at left cornerback, on the offense's right, while the Patriots often move their receivers around the formation, including moving tight end Rob Gronkowski around at times. Gronkowski led the Patriots with 1,124 receiving yards in the regular season while Julian Edelman led them in catches with 92.

In all, the Patriots had four players with at least 50 receptions this season (Gronkowski, Edelman, Brandon LaFell and Shane Vereen). Despite often not being challenged, Sherman still led the Seahawks with four interceptions in the regular season.

Power Of The Pick-Six
Jim Basquil is joined by ESPN Seahawks reporter Terry Blount and Patriots reporter Mike Reiss to talk about how a pick-six could be the play that decides the Super Bowl.

QB Report: Super Bowl Edition
Kevin Seifert tells you what to watch for as Tom Brady squares off against Russell Wilson in Super Bowl XLIX.