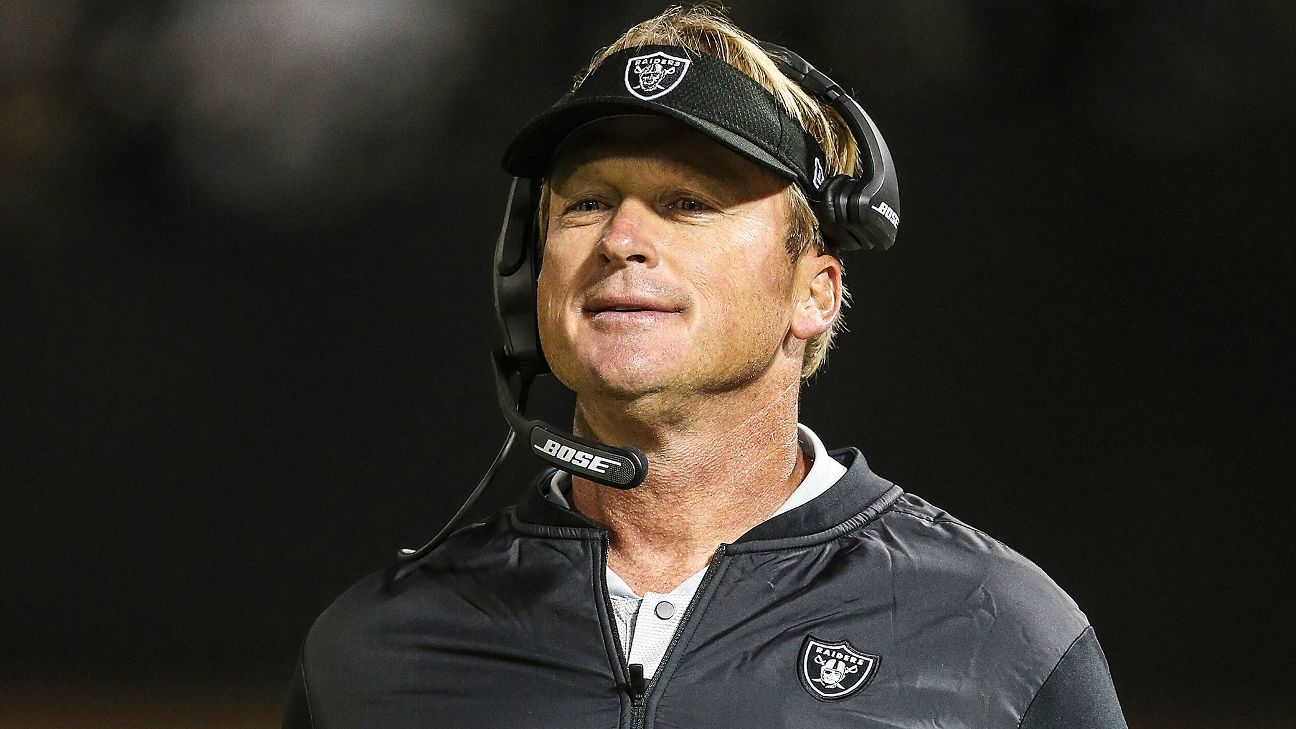 A number of Oakland Raiders players are unhappy with the way coach Jon Gruden handled this week's blockbuster trade of star receiver Amari Cooper, according to a report by The Athletic.

Multiple players, speaking to The Athletic under condition of anonymity, expressed frustration that they didn't hear about Monday's trade of Cooper to the Dallas Cowboys from Gruden, instead learning about the deal from media reports.

The Raiders, who received a first-round draft pick from the Cowboys, dealt away Cooper less than two months after trading star pass-rusher Khalil Mack to the Bears in a deal that sent two first-round picks back to Oakland.

"The Mack trade was a real stiff jab," one player told The Athletic. "But the Cooper one was like a knockout punch, especially because we had just walked back in the door from the bye. We didn't want to believe it was coming, and Coach said we weren't going to trade him."

Gruden is expected to address the team Wednesday before the Raiders (1-5) resume practice. One player wondered whether he would even be with the Raiders next week. The NFL trade deadline is Tuesday.

"I think many of us realize we won't be here next year," the player told The Athletic. "We are just waiting to see if we will be here next week."

Another player questioned whether a rebuild for the Raiders wasn't always the long-term plan for Gruden, who signed a 10-year, $100 million deal to return as Oakland's coach earlier this year.

"You have to wonder if we haven't been playing for draft picks all along," the player said. "Despite everything the coaches told us at training camp."

Tight end Lee Smith was willing to discuss the trades on the record, saying he was concerned that a number of his teammates may lose interest in the 2018 season. Smith said players are more concerned about winning now than in future years and are wondering how to balance that with the Raiders' trades.

"Nobody was happy when we traded Khalil. And nobody is happy that we traded Amari. How could you be?" Smith said. "You never ever want to trade elite, homegrown talent. But Coach Gruden is thinking long term. It's no secret that he got a 10-year contract. And having five first-rounders in the next two years is pretty good."

Raiders general manager Reggie McKenzie said Monday that the Cooper trade was about helping the team through a "great opportunity" and that there are no plans to tank the rest of the season.

McKenzie said he would not define anyone on the roster as untouchable, but Gruden told ESPN's Chris Mortensen later Monday, when asked whether quarterback Derek Carr was available, that the Raiders are "not trading anyone else" and that they are "trying to stay competitive."

Smith told The Athletic that Gruden has an "open-door policy" and that players could express their concerns to the coach if they have them. Smith added that this could be a learning opportunity for the players.

"Our job is not to second-guess what Coach Gruden and Reggie McKenzie do," Smith said. "Our job is to play football. Hopefully, these last 10 games, the young players on this team watch and learn how to play hard and be a pro in times of adversity." 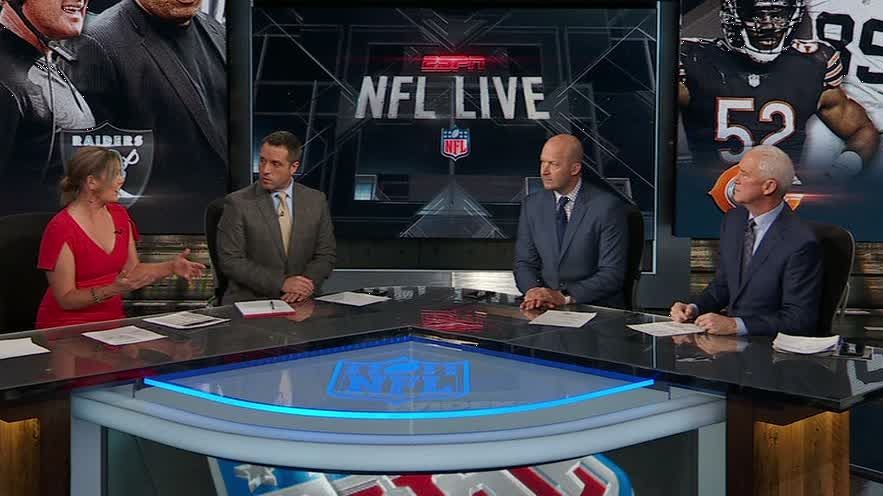