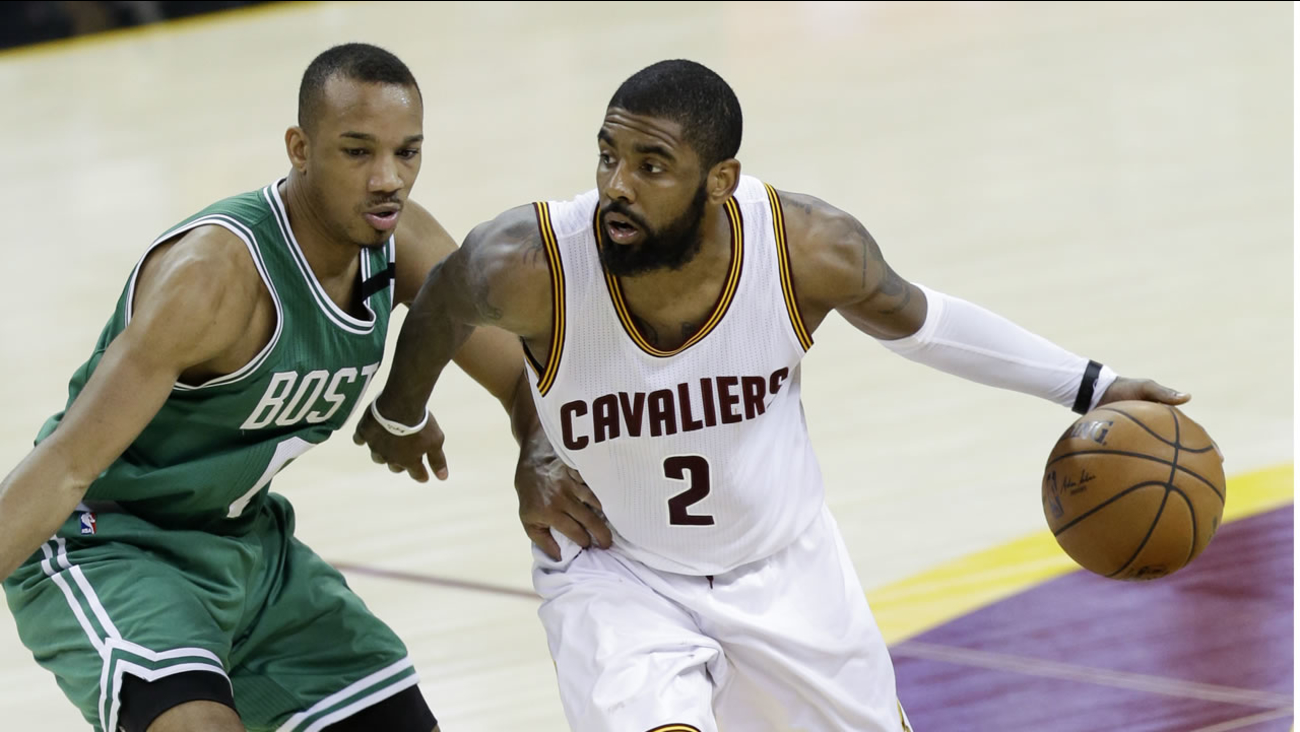 Cleveland Cavaliers' Kyrie Irving (2) drives on Boston Celtics' Avery Bradley (0) during the second half of Game 4 of the NBA basketball Eastern Conference finals in 2017. (AP)

CLEVELAND, Ohio (KGO) -- After months of rumors and talk going on behind closed doors -- an epic trade between the Cleveland Cavaliers and the Boston Celtics has been confirmed by a source to ESPN, and it might change everything for the Golden State Warriors' biggest rivals.

ESPN's Jeff Goodman tweeted that high-scoring superstar Kyrie Irving, who was instrumental in bringing the first NBA title to the Cleveland franchise in 2016, was traded to the Boston Celtics Tuesday.

A source close to ABC7 News says Irving's home in Northeast Ohio was put up for sale nearly a month ago.

The mega-trade gives the Cavaliers another top point guard in the league -- Isaiah Thomas. They also pick up Jae Crowder and Ante Zizic in addition to the Brooklyn Nets' 2018 first-round draft pick.

Golden State Warriors star and NBA Finals MVP Kevin Durant spoke out on Irving's desire to leave Cleveland telling ESPN, "I really don't care about the Kyrie Irving situation. I just want guys in the league to be happy where they're playing and have some fun playing ball. So, wherever that is, for Kyrie, I hope he finds that."

Maybe he'll find it wearing the green and white in Boston.