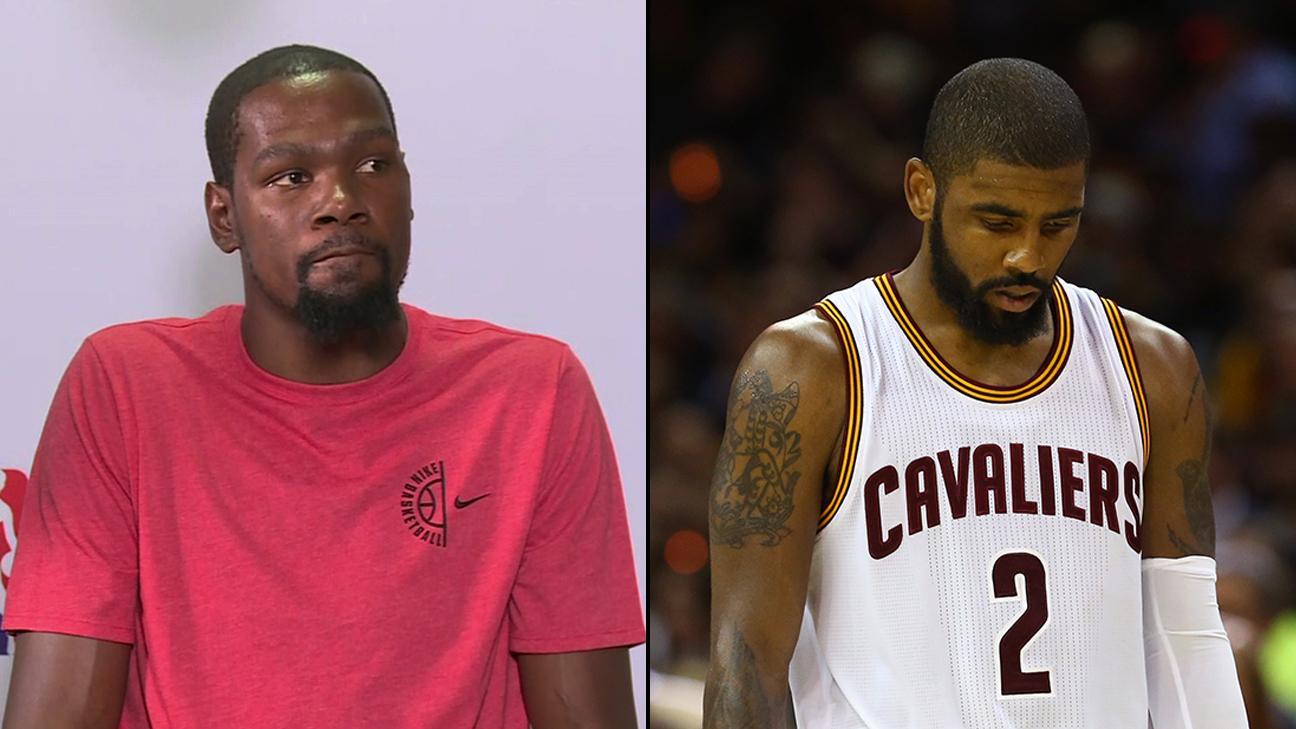 Golden State Warriors All-Star Kevin Durant weighed in on the reported trade demand by the Cleveland Cavaliers' Kyrie Irving, saying he hopes the point guard find happiness "wherever that is."

"I really don't care about the Kyrie Irving situation," Durant said at a news conference Friday at the NBA Academy India in Noida. "I just want guys in the league to be happy where they're playing and have some fun playing ball.

"So, wherever that is, for Kyrie, I hope he finds that. But LeBron James is a phenomenal player. I got a chance to play on his team in the Olympics in 2012, and learned a lot from him."

Irving recently requested to be traded by the Cavaliers, saying that he wants to play in a situation where he can be a focal point and doesn't want to play alongside James anymore, sources told ESPN's Brian Windhorst.

Sources told ESPN that the the San Antonio Spurs are a preferred destination for Irving. The New York Knicks, Miami Heat and Minnesota Timberwolves are also potential destinations for Irving, league sources said.

Durant is currently in India on a tour to help further the growing popularity of basketball in that country. On Friday, Durant set a Guinness World Record for leading the world's largest basketball lessonwith 3,459 Indian children. The children were at multiple sites -- the NBA Academy in Noida and others participated via satellite from Bengaluru, Chennai, Hyderabad and Kolkata. 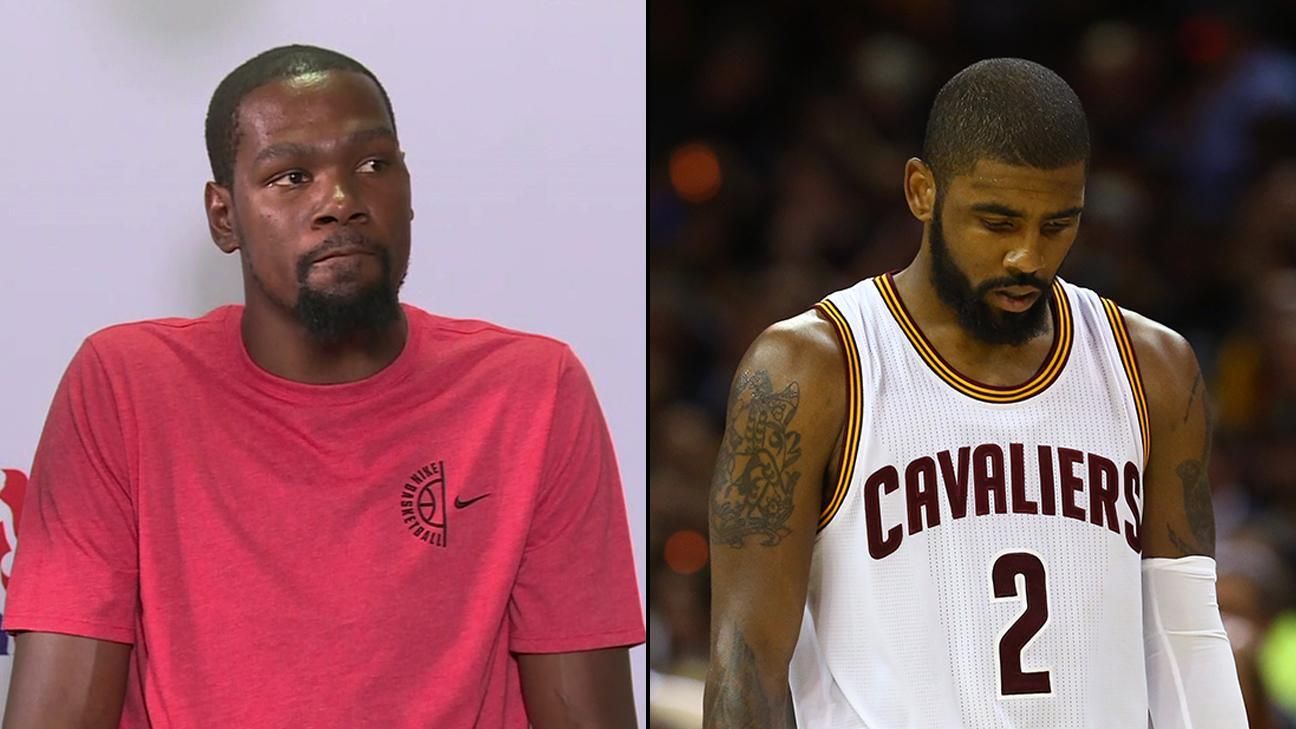