Ronda Rousey: Violence against ex-boyfriend in book was self-defense 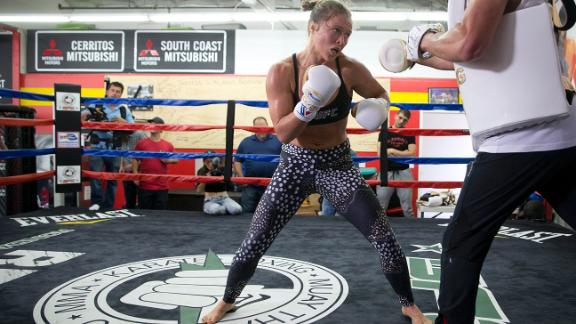 MELBOURNE, Australia -- MMA star Ronda Rousey says she was acting in self-defense during a violent encounter with an ex-boyfriend that she recounted in her autobiography, which was published earlier this year.

Rousey said Friday she had consulted with her attorneys about the incident and that it could have been considered kidnapping.

"I was in that situation before when I was in a movie theater and my exit was blocked, people wouldn't let me out," Rousey said at media day for Saturday's UFC 193 at Etihad Stadium in which she will defend her bantamweight title againstHolly Holm. "You legally cannot do that. It's considered a self-defense scenario.

"So if someone is blocking you into an apartment and won't let you leave, you're entitled to defend yourself and find a way out. If you're trying to get into your car and leave and they're grabbing your steering wheel and saying you can't leave, technically you're being kidnapped, and you can defend yourself in any way that is necessary."

Rousey has come under fire for a violent incident with an ex-boyfriend that she recounted in her autobiography, "My Fight/Your Fight." Rousey said the ex-boyfriend, whom she referred to only as "Snappers McCreepy,"took nude pictures of her without her consent and blocked her from leaving his apartment after she confronted him about it.

"I punched him in the face with a straight right, then a left hook," Rousey wrote. "He staggered back and fell against the door."

The fight ended when Rousey walked out to her car and he jumped into the passenger seat, asking her to hear him out, she said.

"I walked around the car, pulled him by the neck of the hoodie again, dragged him onto the sidewalk and left him writhing there as I sped away," Rousey wrote.

Rousey said she has heard criticism comparing her behavior in this incident to that of boxing star Floyd Mayweather, who served 60 days in jail in December 2011 after pleading guilty to a misdemeanor battery domestic violence charge and no contest to two counts of harassment for hitting the mother of his three children.

"I don't have to make every single one of my actions idiot proof," Rousey scoffed when asked whether the incident she described in the book compared to Mayweather's record. "If an idiot can't understand it, it's not my problem."

Kim Pentico of the National Network to End Domestic Violence told Yahoo! Sports this week that it's not clear whether the incident Rousey described in her book was domestic violence, saying she didn't know the nature of their relationship.

"I'm not comfortable with her behavior," Pentico said. "What I am absolutely not willing to say is she's committed domestic violence without speaking with him and learning more about that relationship."

Said Rousey: "If you find out that someone was taking naked pictures of you, then trying to lock you in an apartment, see what you do." 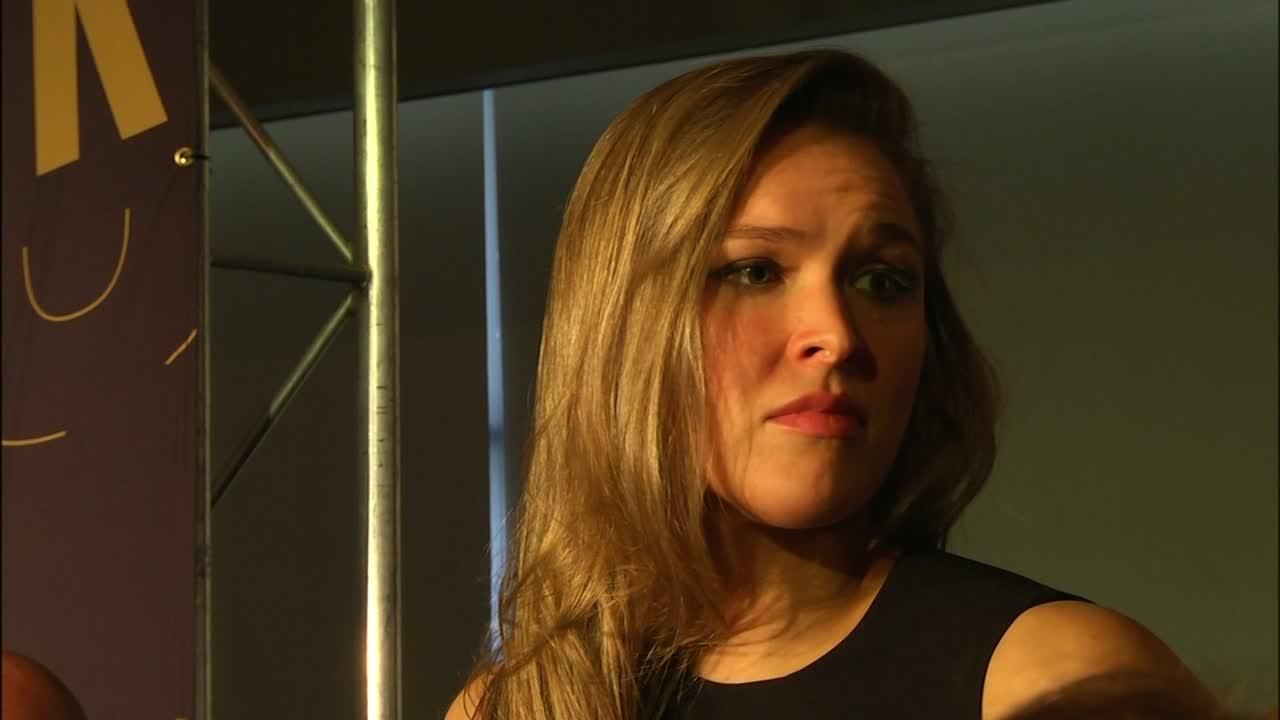