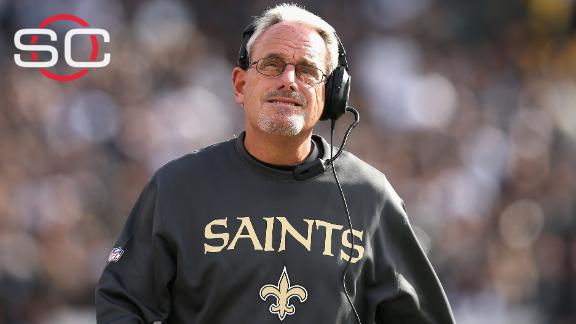 METAIRIE, La. -- New Orleans Saints linebackers coach Joe Vitt played some defense of his own outside his Metairie home Saturday morning, chasing away a man and woman who were attempting to steal his car and a neighbor's car.

Vitt's efforts took a toll, though. The 61-year-old suffered a torn Achilles tendon and broken wrist after falling.

"Joe Vitt is on the injury report," Saints coach Sean Payton said Wednesday morning. "He'll probably be doubtful. He tore an Achilles and broke his wrist, so he's on a little scooter."

The incident occurred shortly before 4 a.m. Saturday, according to Jefferson Parish Sheriff's Office spokesman Col. John Fortunato. Vitt was walking through his kitchen when he noticed a shadow running across his front lawn. When he went outside to investigate, he noticed a white female with blonde hair wearing khaki shorts and gloves attempting to enter a neighbor's vehicle. Vitt then looked toward his own car and saw a white male inside the vehicle.

When they saw Vitt, they took off running, according to Fortunato. Vitt pursued them on foot for a short distance before tripping and causing injuries that required a trip to the hospital. The suspects remain at large.

"I think a little bit of all of it," Payton said Wednesday, when asked if he expressed concern, pride or had teased Vitt. "Obviously he's someone I'm close to. I spoke to him Sunday. Just typical Joe Vitt, he just was wanting to get back to work. He hates when he has to rely on someone driving him to work or carrying something for him. He uses those people to open emails and do stuff that he's unable to do when he's healthy."