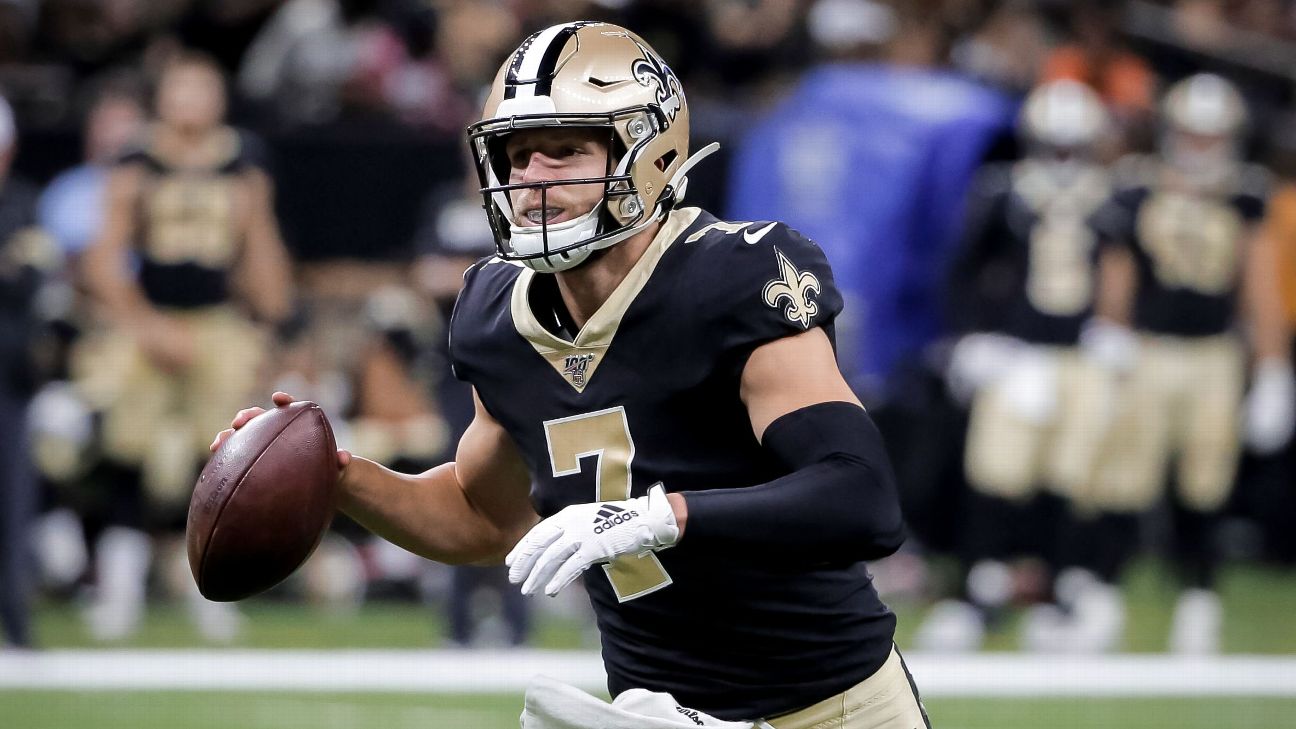 Breida signed his one-year, $3.259 million tender with the 49ers on Thursday, and Hunt plans to do the same with the Browns, according to multiple sources.

Hill has not yet signed his one-year, $4.641 million tender with the Saints. But he can no longer negotiate with other teams now. And if he doesn't sign his tender or a long-term extension by June 15, the Saints will have the right to lower their qualifying offer.

Hill's offer is higher because he was the only restricted free agent this year to receive a first-round tender -- which means teams would have had to give the Saints a first-round draft pick to sign him away. Hunt and Breida received second-round tenders.

Hill, 29, has been a sensation over the past three years in a do-everything role with the Saints. And coach Sean Payton has made it clear that he believes the unique QB/RB/WR/TE/FB/special-teams standout could potentially succeed Drew Brees one day as New Orleans' starting quarterback.

"Taysom's earned this opportunity to be our 2 [at quarterback]," Payton told WWL Radio last month after former Saints backup Teddy Bridgewater signed with the rival Carolina Panthers. "But he also has earned the opportunity to play and help us win football games as a 1. And what I mean by that -- whether you call him a receiver, a tight end, a specialist, also a quarterback -- yeah, he's gonna play.

Hill has attempted only 15 passes in his three-year NFL career -- including a 50-yard completion in New Orleans' playoff loss to Minnesota in January. He is 7-of-15 passing for 169 yards with zero touchdowns and one interception.

Hill's best game was arguably his most recent one -- that playoff loss to the Vikings in which he completed the 50-yard pass, ran the ball four times for 50 yards and caught two passes for 25 yards, including a touchdown.

Payton has said multiple times this offseason that the Saints plan to sign or draft another quarterback so that they can have three QBs active on game days and keep Hill in his versatile role.

Hill told ESPN's Adam Schefter last month that he planned to consider his options in free agency -- but that he was "in no hurry to leave New Orleans."

"As I look at my career, I have goals and I have a vision for myself as to what I can be in the NFL," said Hill, who has always made it clear that he wants to be a starting NFL quarterback. "And there has been nothing that has been said, or I've never been treated in any way that would lead me to believe that the vision I have for myself is not the same vision that Coach Payton has for me, as well as the other guys on staff."

Hill got a late start to his NFL career since he went on a two-year church mission to Australia after high school, then spent five years at BYU, where he suffered a total of four season-ending injuries.

But he was impressive enough as a dual-threat QB at BYU to finish his career with 6,929 passing yards, 43 TD passes, 2,815 rushing yards and 32 rushing TDs. He began his NFL career as an undrafted rookie with the Green Bay Packers in 2017 before the Saints claimed him off waivers on cut-down day.

Hunt served an eight-game suspension last season for violating the NFL's personal conduct policy and rushed for 179 yards and two touchdowns on 43 carries. He was released by the Kansas City Chiefs in November 2018, after video from February 2018 surfaced of him kicking a woman in downtown Cleveland. New general manager Andrew Berry's predecessor, John Dorsey, signed him to the Browns last February.

This offseason, Hunt was pulled over Jan. 21 by police, who found small amounts of marijuana in a backpack in the back seat of the car he was driving. Hunt was cited only for speeding. But according to dashcam video of the traffic stop police released, Hunt admitted he would've failed a drug test for marijuana. Police also found an open container of vodka in the backpack.

"Obviously with Kareem, we've communicated our expectations for him going forward," Berry said in February. "We want guys who are going to be tough, smart and accountable on and off the field. Kareem understands that. And we're looking forward to him meshing with our culture going forward." 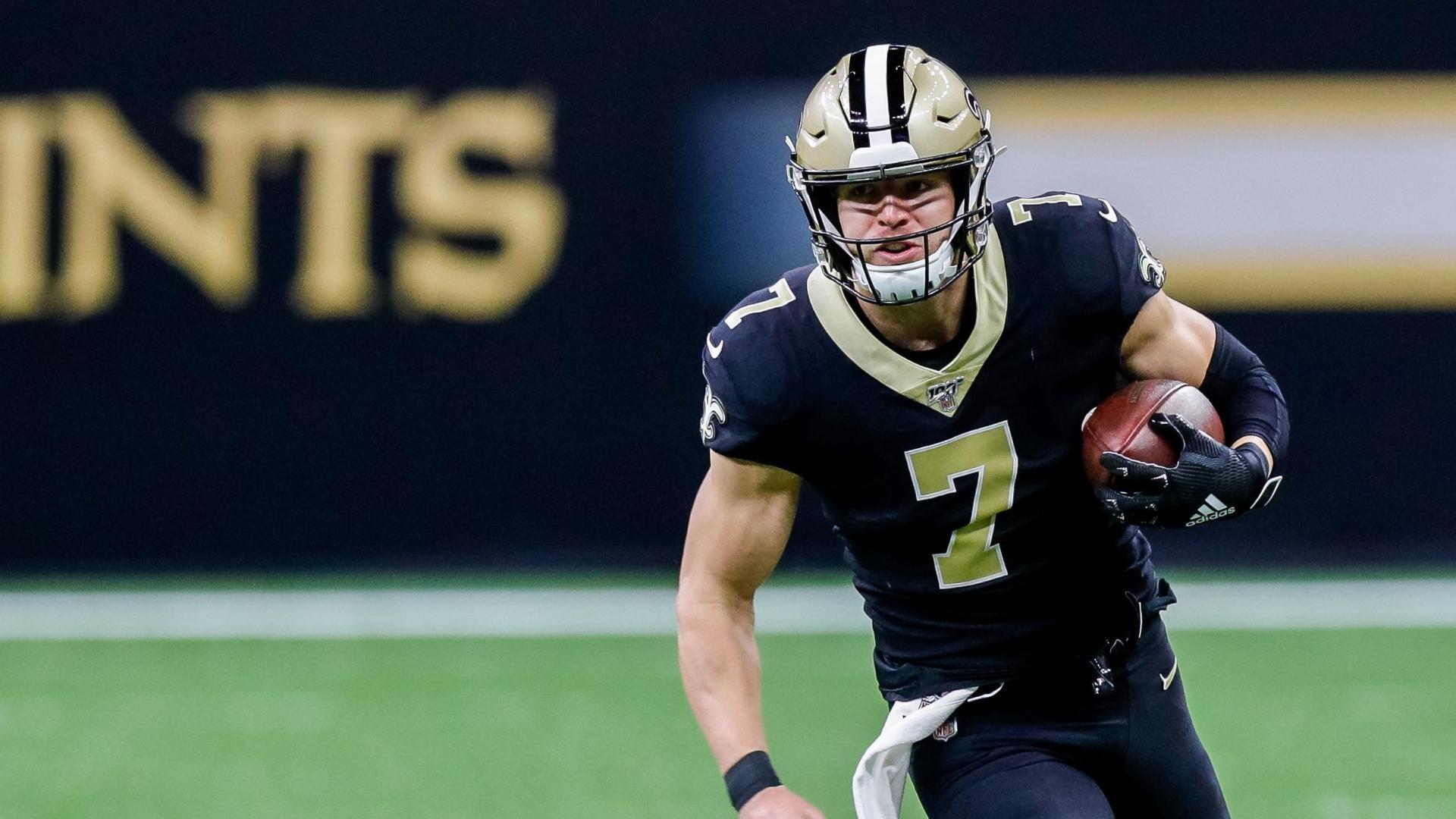