KGO
By Kristen Sze
SAN FRANCISCO (KGO) -- A San Francisco woman accomplished something that has never been done before. Her group successfully swam across the Dead Sea.

These are the 28 swimmers who achieved the impossible. Among them, Kim Chambers, a 39-year old San Francisco resident and Cal Berkeley alumna.

In seven hours, they swam nearly 10 miles from Jordan to Israel in life-threatening conditions using special masks to guard against the extreme salt content, which also makes the water dense and hard to push an arm into.

The international group wants to shine a light on the shrinking of this historic body of water due to farming uses.

Chambers had trained for this in San Francisco Bay.

ABC7 News did a story on her last year when she became the first woman to swim from the Farallon Islands to the Golden Gate Bridge. Chambers talked with us by phone today after the swim.

"We have a few aches and pains and a bit of chafing and bloodshot eyes. Overall, we're pretty excited and marveling at what we did," Chambers said.

Kim's swim had the backing of Sir Richard Branson who had tweeted his good luck wish.

And her co-workers at Adobe in San Jose, where Chambers is a community engagement manager. All are extremely proud.
Related topics:
sportssan franciscoenvironmentbuzzworthyswimminghistory
Copyright © 2021 KGO-TV. All Rights Reserved.
RELATED 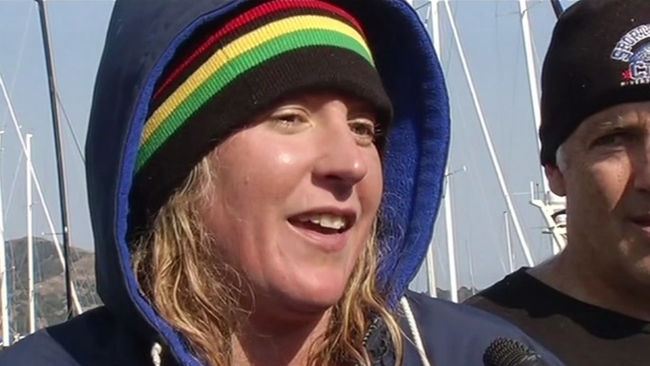 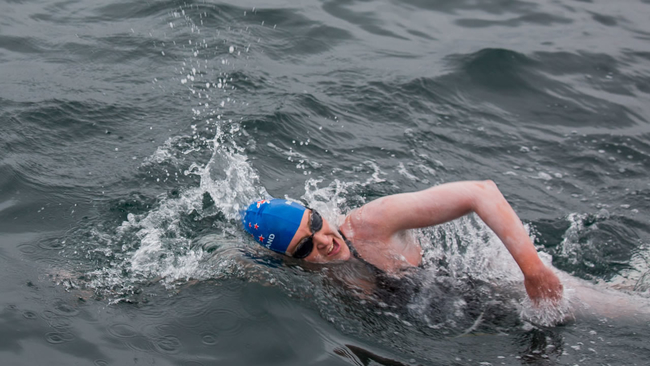