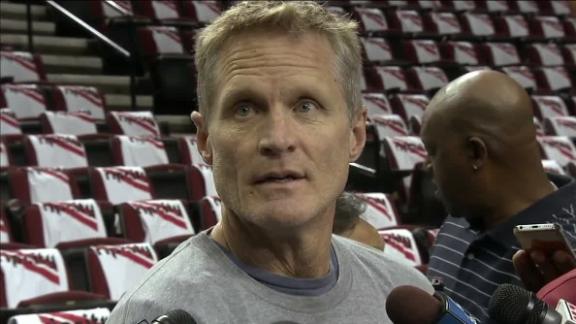 Curry has been out since he sprained his right MCL after slipping on a wet spot of the Toyota Center floor in a win over the Houston Rockets in Game 4 of the first round. He had previously missed Games 2 and 3 of that series after spraining his right ankle in Game 1.

Kerr began his Monday morning shootaround news conference by saying, "He's questionable for tonight. He went through shootaround and he felt pretty good, and we'll see. He's going to get treatment again this afternoon, and he's -- I would just say 'questionable.'"

On Curry's recent progress, Kerr said, "He played a good 3-on-3 yesterday. He came out of it feeling decent this morning."

According to Kerr, the decision about whether to play Curry will be made hours before tipoff, which is at 10:30 p.m. ET.

"We'll make it after he gets treatment this afternoon," Kerr said. "We'll need to get together with the team doctor and [Warriors GM] Bob Myers, and we'll figure it out this afternoon."

When Curry does return, the Warriors will look to monitor his conditioning, given how little he has played over the past month.

"He hasn't really played consistent basketball for three weeks," Kerr said. "He played Game 1 of the Houston series for like one half. He played one half, and that was about three weeks ago? So yeah, I don't think his conditioning will be great. So that's part of the discussion this afternoon."

Because of those conditioning concerns, Curry may be under a minutes limit when he finally does return.

Kerr, while indicating that Curry will likely be back for Game 5 at the very least, said, "When he plays, whether it's tonight or Wednesday, I don't imagine him playing his usual minutes. I think he's going to have to work up to that." 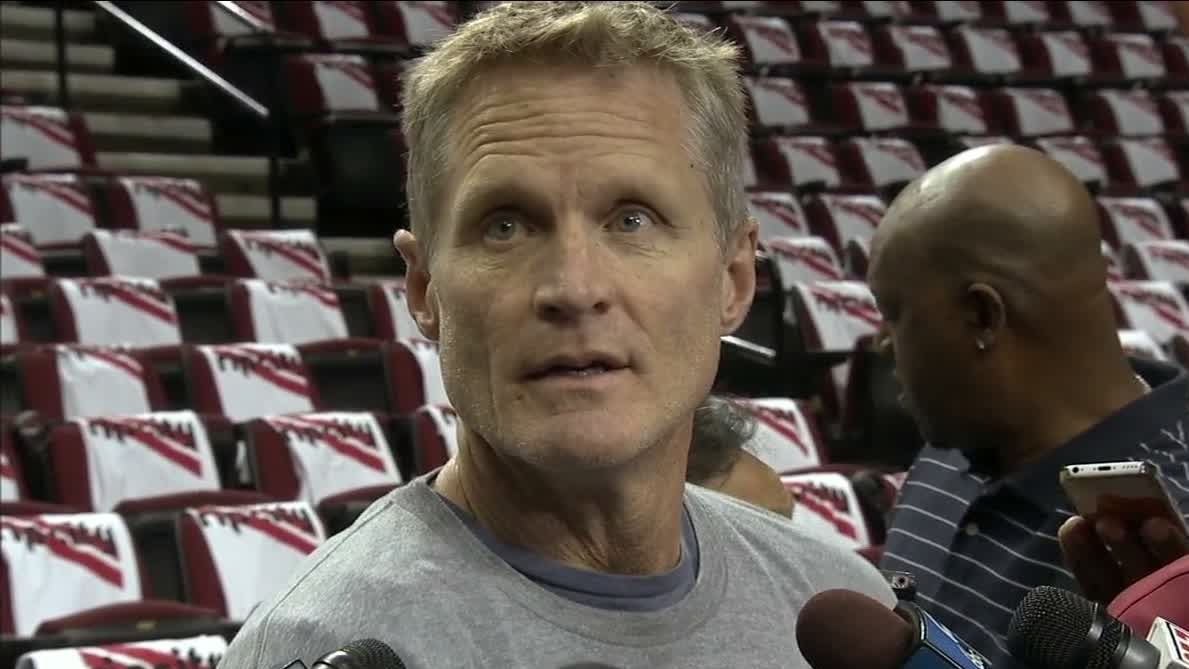