Vontaze Burfict apologized in person for shot to Antonio Brown 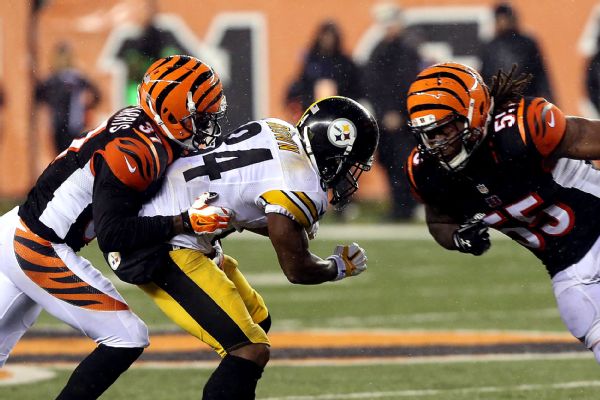 PITTSBURGH --Cincinnati Bengals linebacker Vontaze Burfict told Antonio Brown in person that he did not intentionally try to hurt the Steelers wide receiver with a concussion-inducing helmet shot in the playoffs.

Brown told ESPN on Tuesday that Burfict apologized when they crossed paths in Miami during the offseason.

"[He was] just saying he didn't have no intentions of trying to injure, that it was a football move," said Brown, who was making a promotional appearance in downtown Pittsburgh.

Burfict, who was suspended for the first three games of the season for several egregious hits, will see Brown on the field Sunday in Cincinnati for the first time since the AFC wild-card matchup, which Pittsburgh won 18-16.

In the final seconds of that game, Brown went over the middle for a pass and Burfict lunged, his helmet hitting Brown's, prompting a 15-yard penalty and setting up Pittsburgh's game-winning field goal.

"Play the game long enough, you may take a shot or two," Brown said Tuesday. "It's great to be able to bounce back and I'm excited to be in Cincinnati this weekend."

When asked how Burfict apologized, Brown referenced the Miami encounter and said "I think over Twitter he sent over condolences."

Brown has softened on Burfict since calling him an "idiot" during Super Bowl week. Last season, Burfict's tackling caused injuries to Brown, running back Le'Veon Bell (knee) and quarterback Ben Roethlisberger (shoulder). Brown missed the AFC divisional playoff loss to Denver because of the concussion.

Though Brown won't line up against with Burfict on each snap, the linebacker will "get his sights to see me and I'm going to see him" on the field, Brown said.

"I don't have no issue with any guy. I'm a football player. I'm a competitor," Brown said. "When we're in the field, we're going to compete and be competitive. It's not personal between none of these guys. It's all in the game. ... I represent the Steelers. It's all business."

The Steelers (8-5) are trying to win their fifth straight game overall, and their seventh in eight tries against Cincinnati in Paul Brown Stadium.

Brown is among the NFL's top three in receptions (93, first), receiving yards (1,130, third) and touchdown catches (11, second) this season.

"They'll give us their best fight. They'll come out with a lot of emotion, trying to get us off our game," Brown said. "We've got to be laser-focused, be a sniper out there and get the job done." 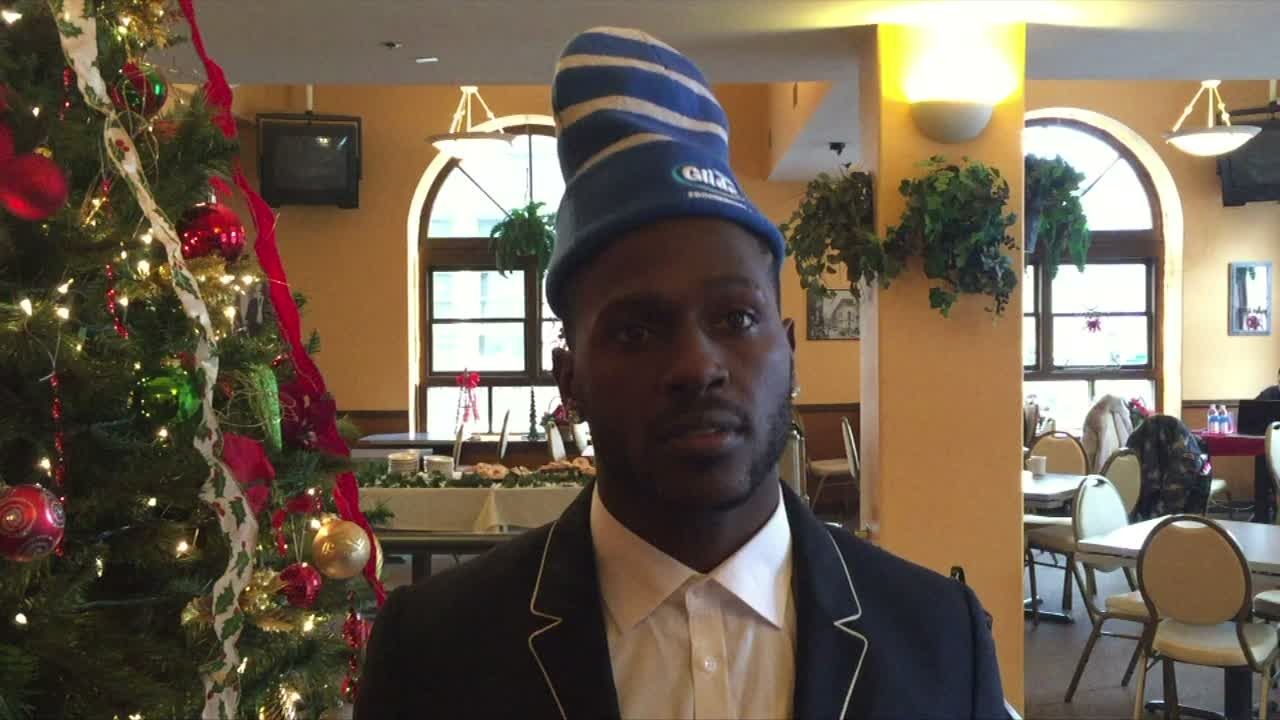