Warriors favored to three-peat, but odds not as high as last year 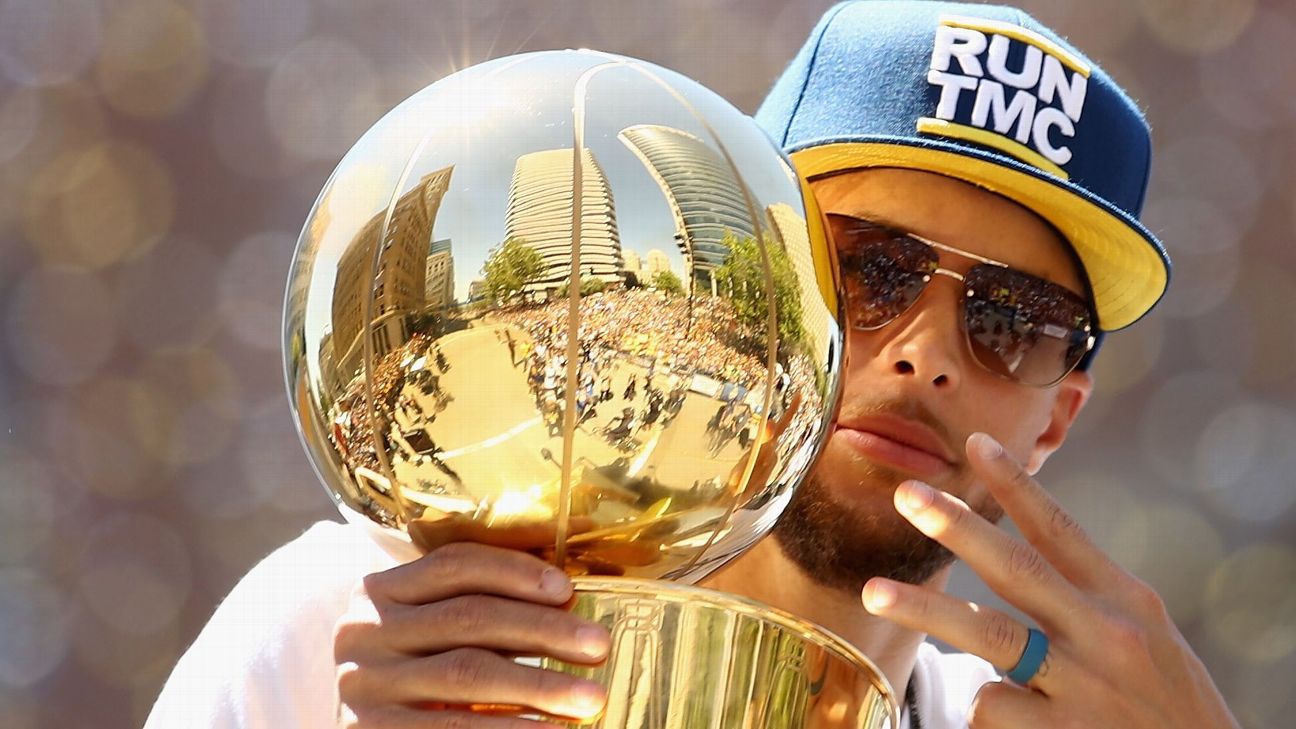 The Golden State Warriors are once again giant favorites to win the NBA title -- just not as big as last year.

The Warriors start the season as odds-on title favorites, listed at -200 at multiple sportsbooks. No other franchise in the past 30 years has been an odds-on favorite to win the championship in the preseason, according to betting data archive Sportsoddshistory.com. Golden State has done it three years in a row.

The preseason title favorite has gone on to win it all in six of the past nine seasons, including three straight.

There may be hope for the other contenders, though. The Warriors' title odds entering last season were as high as -240 at the Westgate SuperBook in Las Vegas. This year, they are as low as -160 at FanDuel's sportsbook in New Jersey, and their season-win total is sitting at 61.5, six games fewer than last year's season-win total. Golden State won 58 games in the regular season last year.

While the odds may indicate that the gap between the Warriors and the rest of the league has narrowed, Jeff Sherman, a sportsbook manager who oversees the NBA odds for the SuperBook, cautions that the league is far from being wide open.

"If the NBA was more wide open, or at least perceived that way, [betting] handle would be greater than what we are seeing now," Sherman told ESPN in an email. "So many teams have little to no chance of winning the title with the lack of parity. At this point, our handle on NHL outrights [odds to win the Stanley Cup] is greater than NBA outrights."

Sherman noted that the hometown betting interest on the Vegas Golden Knights has played a role in more money being wagered on the Stanley Cup odds than the NBA title odds, but said the Warriors' lofty odds have caused some bettors to stay away from early action on the NBA.

Caesars Palace also said its NHL futures handle was greater than the NBA market at this point. "That has more to do with how the market is laid out than the sport itself," a Caesars sportsbook director said. "There aren't eight teams who can win the NBA title. There are only eight teams in the NHL who can't win [the Stanley Cup]."

Not everyone is scared to lay the hefty price odds on the Warriors, though. In late September, a bettor at the SuperBook placed a $67,736.25 bet on Golden State to make the playoffs at -10,000 odds. If the Warriors reach the postseason, the bettor will win a net $677.35.

The Warriors open their season Tuesday against the Oklahoma City Thunder. The Warriors are 13-point favorites.

What are the oddsmakers saying about the Lakers?
Doug Kezirian breaks down the sports betting outlook for the Lakers with LeBron James this season.