Warriors first to 5 Finals in row since 1966 Celtics 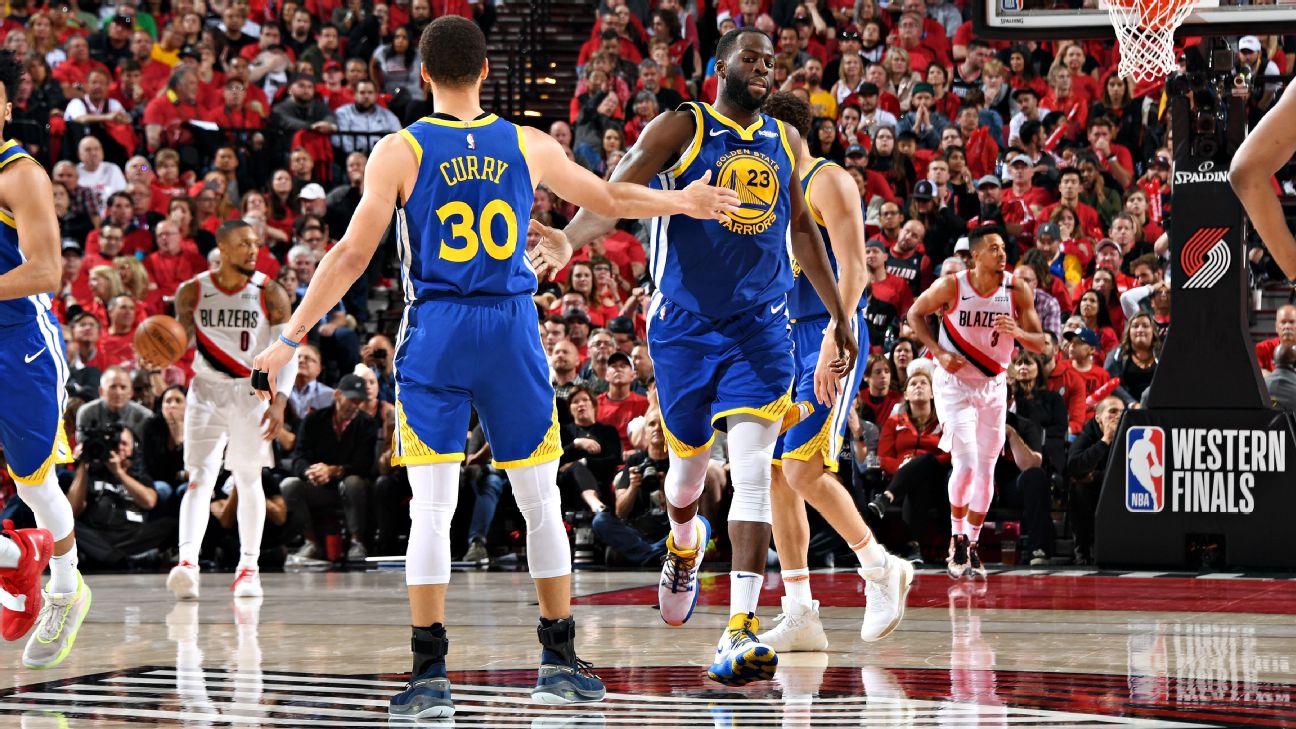 PORTLAND, Ore. -- The Golden State Warriors have earned their fifth straight trip to the NBA Finals after beating the Portland Trail Blazers 119-117 in overtime of Game 4 of the Western Conference finals on Monday night.

This is the first time a team has made five straight Finals appearances since the Boston Celtics went 10 straight times, from 1957 to 1966.

"It's special," Warriors forward Draymond Green told ESPN. "The first since Boston? Yeah, that's special. We've been through a lot. It just wasn't all peaches to get here. We've had our mountains to climb, but for this group to stick together and do the unthinkable, it's special. Nonetheless, our goal was never to make five straight Finals, it's to win. So, our work ain't done yet."

The Warriors made it happen Monday night by coming back from a double-digit second-half deficit for the third straight game, this time crawling all the way out of a 17-point hole.

"I hope it doesn't go unnoticed or underrated," Warriors coach Steve Kerr said. "You know, five straight Finals hasn't been done since the '60s, since Bill Russell's Celtics. Hasn't been done for a reason: It's really, really difficult.

"I just can't say enough about the competitive desire about the group of players that we have here and the culture that they have built together. You know, playing together regardless of injury. Being withoutKevin [Durant] these last five games has put us in a really tough spot, and our guys stepped up in a big way."

Once again, it was star guard Stephen Curry who led the Warriors on Monday night. The two-time MVP finished with a triple-double, racking up 37 points, 12 rebounds and 10 assists.

It was the fifth straight postseason game that Curry scored at least 30 points, the longest such streak of his career. Curry is now just the sixth player in NBA history to score 35 or more points in each of the first four games of a series, joining Elgin Baylor, LeBron James (twice), Michael Jordan (twice), Bernard King and Jerry West, according to ESPN Stats & Information data.

"I think as much as we've been here, nothing's really new at this point," Curry said. "We still don't take anything for granted. We understand how hard it is to win at this level and we don't want it to end for as long as we can control it. So, a night like tonight where you're up 3-0, they go on a crazy run in the second half, a lot of teams would have said, 'You know what? We'll just get them [in] Game 5, and go home, and rely on our home crowd.'

"But the trust -- knowing that everyone was going to play until the horn sounded at the end of the fourth quarter or tonight [in] overtime allowed us to dig deep and find just a way to win. You could sit here and talk about every single guy that stepped foot on the court tonight that came with that mentality. And we walk off the court with some fancy hats and celebrating our fifth straight Finals, it's a pretty special moment."

The Warriors swept the Blazers despite trailing for more minutes in the series (101) than they led (83), according to research from ESPN Stats & Information. Green, the emotional leader of the group, continued his stellar postseason play on Monday, racking up his second straight triple-double with 18 points, 14 rebounds and 11 assists, including a huge 3-pointer with 39.6 seconds left in overtime that helped seal the win.

Curry and Green became the first teammates in NBA postseason history to record a triple-double in the same game, according to the Elias Sports Bureau. Curry and Green made huge plays throughout the series with the Blazers, and they are the main reasons the Warriors' streak of dominance continued over the past week.

"They are fun to watch," Kerr said. "They are kind of made for each other from a basketball standpoint. You know, they have been doing this for a long time, so they have got a real feel for each other."

The Warriors now have nine days of rest before heading to either the Milwaukee Bucks or Toronto Raptors for Game 1 of the NBA Finals on May 30. The extra time to recover is even more important than usual for Golden State, given that the Warriors are dealing with several lingering injuries as they look to win their third straight NBA championship.

Kevin Durant hasn't played since injuring his right calf in Game 5 of the Western Conference semifinals against the Houston Rockets on May 8. The Warriors are optimistic Durant will be able to return for the Finals, but as Kerr has said several times over the past week, the organization has been vague about a potential return date because it is waiting to see how Durant continues to respond to treatment.

Warriors swingman Andre Iguodala missed Monday's game because of a sore left calf after suffering the injury in Game 3 on Saturday. The Warriors don't sound concerned the former Finals MVP will have to miss extended time, but they know he could use the extra rest as well.

Center DeMarcus Cousins, who tore his right quad in Game 2 of the Western Conference quarterfinals against the Los Angeles Clippers on April 15, remains the wild card for the Warriors. After initially being listed as "unlikely" to return this season following his injury, Cousins continues to put in work on the floor, and the Warriors have been pleased by his progress. He still has some hurdles to clear over the next week, but there is hope he also could return for the Finals at some point.

In the meantime, the Warriors want to savor what they have accomplished, knowing there is one more step to climb in order to build upon the legacy they've already created. The celebration late Monday night was very businesslike for a team that is no stranger to celebrations that follow NBA Finals.

"It's an amazing, amazing feeling," Warriors swingman Klay Thompson said. "And on top of that, do it in a place where I grew up watching my favorite players play, it's really a dream come true. I'm just trying to soak it all in right now before it's over, because I got some really special memories in this building.

"I'm just thankful to be in this position, because not a lot of guys get to go to one Finals, let alone five straight, and I really can't believe it -- and I can't wait to get started again." 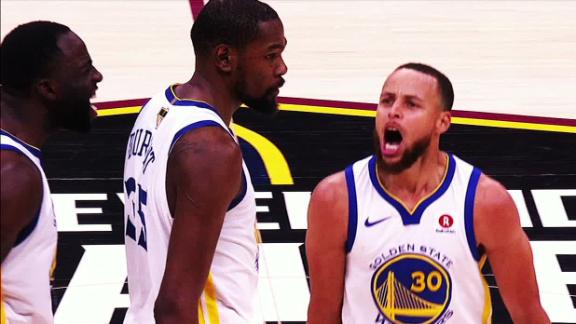 Warriors' success no surprise
Chris Connelly describes the success of the Warriors, who matched a feat only previously achieved by the Celtics in the 1960s. 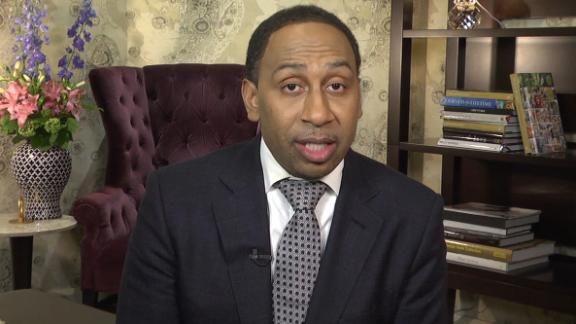