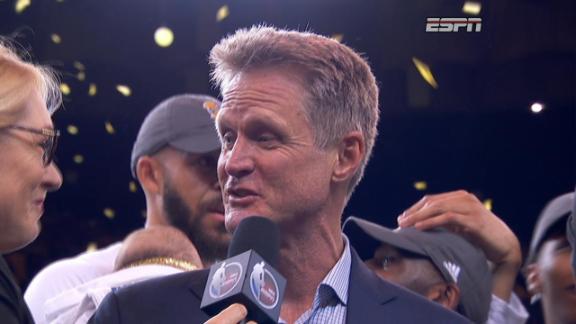 "There's no doubt in my mind that he will return as the coach of this team," Myers told ESPN after the Warriors won the NBA championship after defeating the Cleveland Cavaliers in five games. "I'm confident we'll have him back. Steve will be our coach."

Kerr returned to coach the last four games of the NBA Finals after taking time off since the middle of the first round of the playoffs in hopes of finding a remedy to the nausea and migraines he was experiencing stemming from back surgery from nearly two years ago.

After guiding the squad to its second championship in three years, Kerr was visibly emotional with tears.

"I've been so lucky to be part of so many championship teams as a player and now as a coach, and it never gets old," Kerr said. "But tonight, was a little different, just based on the things I've had to go through during this time."

In his absence, assistant Mike Brown served as the acting head coach and led the team to an 11-0 record. Even though Kerr returned, he still had some complications.

Kerr has now accumulated a total of seven NBA titles, with five being secured as a player. 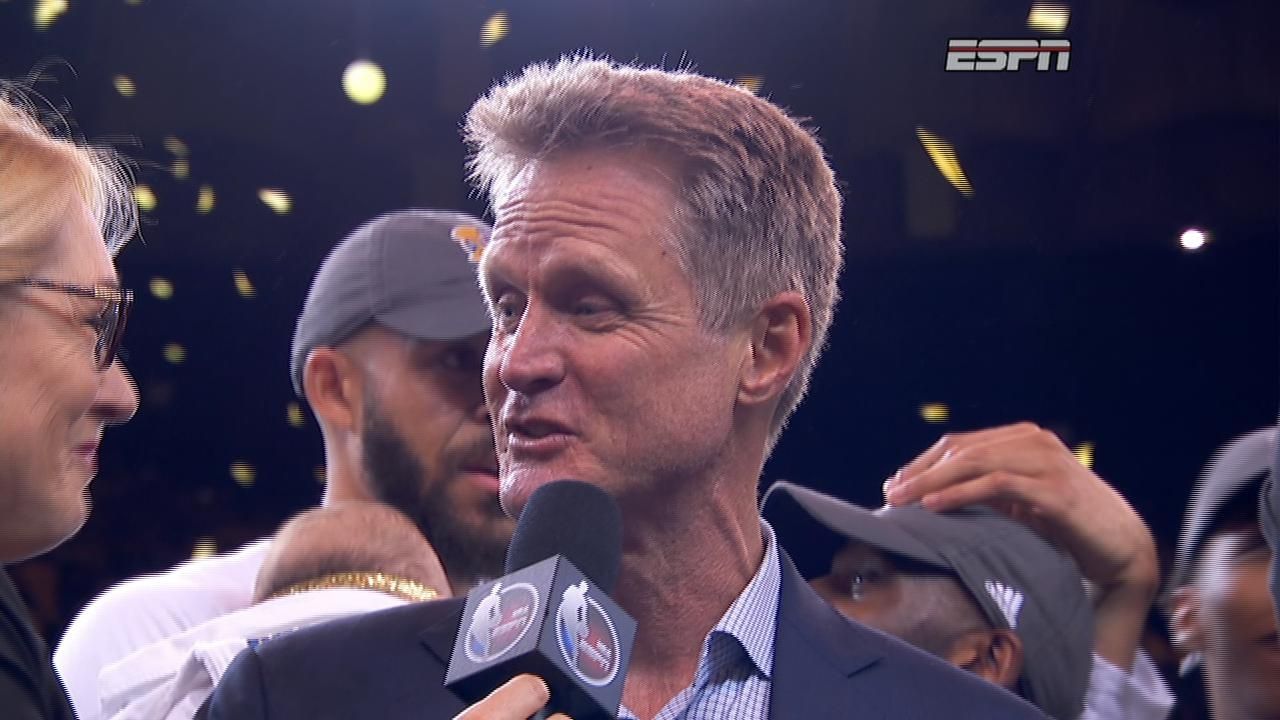