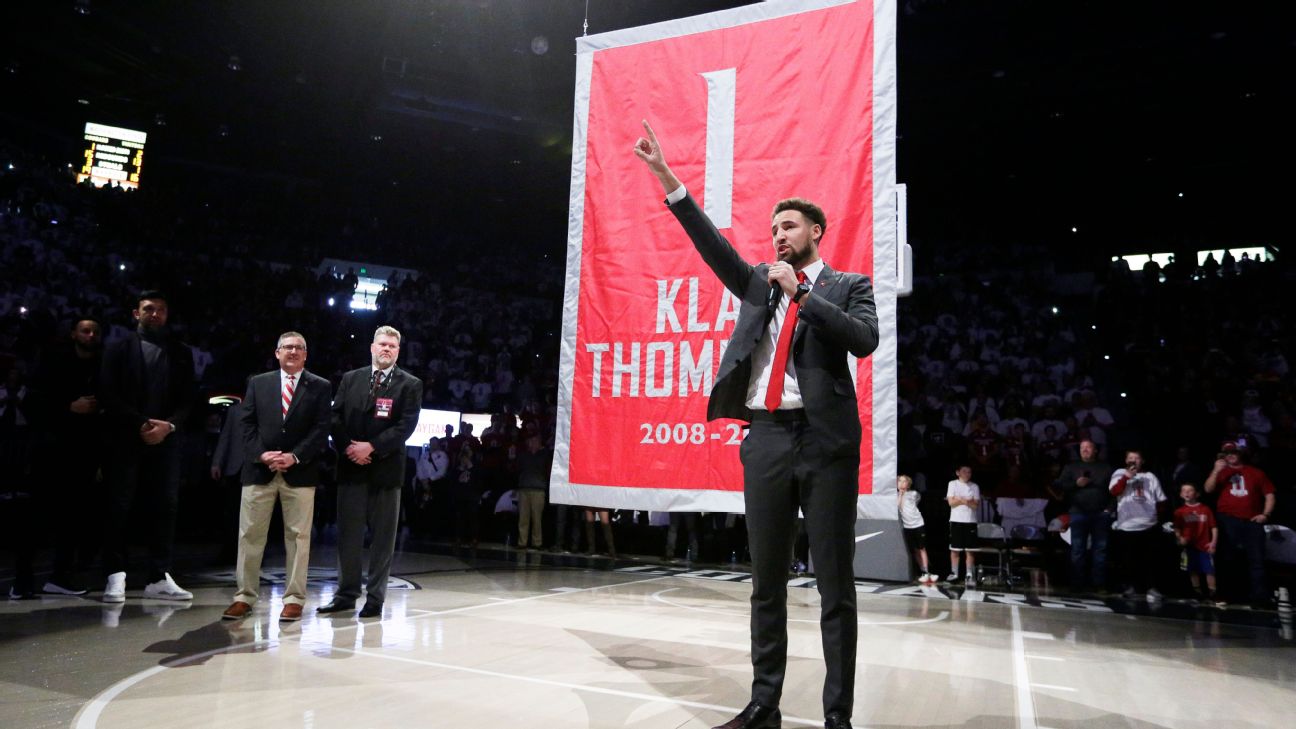 PULLMAN, Wash. -- Whenever Isaac Bonton drained a 3-pointer or dished out an assist, NBA and Washington State great Klay Thompson was on his feet, cheering on the young point guard.

Thompson ended up spending a lot of time on his feet as Bonton scored a career-high 34 points and Washington State beat Oregon State 89-76 on Saturday in front of a packed house that saw Thompson's jersey retired.

Two-time NBA MVP Stephen Curry was in attendance as his Golden State Warriors teammate and fellow "Splash Brother" had his No. 1 jersey hung for perpetuity in the rafters of an unusually raucous Beasley Coliseum.

"It was awesome for anyone," Bonton said. "Having Steph Curry and Klay Thompson cheering you on, especially with what Klay means for Pullman and WSU. It was really special to have that environment and they just kept pushing for us. That's awesome having two NBA superstars, Hall of Famers right at your side."

Thompson was emotional during the halftime ceremony and active on the sideline throughout the game, fist-pumping and firing up the 10,380 fans. Video tributes to Thompson by his former USA basketball coach, Duke's Mike Krzyzewski, plus former Washington State and current Virginia coach Tony Bennett and Warriors coach Steve Kerr were shown.

"Surpassed all my expectations," Thompson said. "Just to see the city and the building. There is nothing like Coug love, I've come to realize. I meant that when I said I am traveling around the country and I hear 'Go Cougs' all the time. It's a special kinship when someone says that to you. And I feel the energy tonight. I want to go out there and play so badly. But it's OK to be a spectator. These young boys are really doing it."

In three seasons as a starter at Washington State, Thompson played 98 games, averaging 17.9 points per contest. By the time he left after his junior season, he had scored 1,756 points (third in school history) and made what then was a school-record 242 3-pointers. He was the 11th overall pick by the Warriors in the 2011 NBA draft.

"Each year I was in Pullman I had to grow," Thompson said. "In my freshman year, I had so many great leaders on our team as far as veterans, you know, Daven [Harmeling], Taylor Rochestie was such a great team player, such a great point guard. When they left, I had to kind of step into that spotlight, that main go-to guy role. I took my lumps and had my slumps but those made me so much stronger."

The arrival of the Splash Brothers in Pullman seemed not only to energize the crowd but also the players of Washington State (12-7, 3-3 Pac 12), which completed its first sweep over the Oregon schools since January 2011 and first home Pac-12 sweep since 2013.

"It was great. I knew it was going to be an emotional weekend with a lot of distractions, but our guys really handled it well," Washington State coach Kyle Smith said. "We barely practiced yesterday because when Klay showed up practice was basically over, but our guys were really pumped, certainly wanting to please him. All the kind things he said about his experience here were great, great for recruiting. Great for everything." 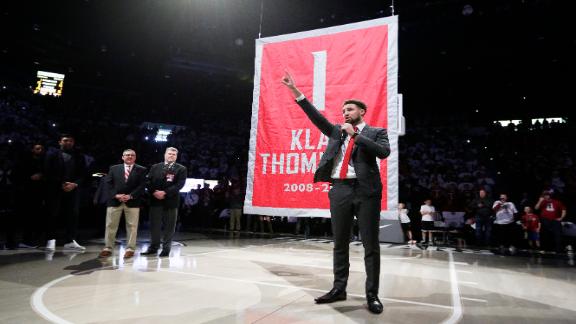