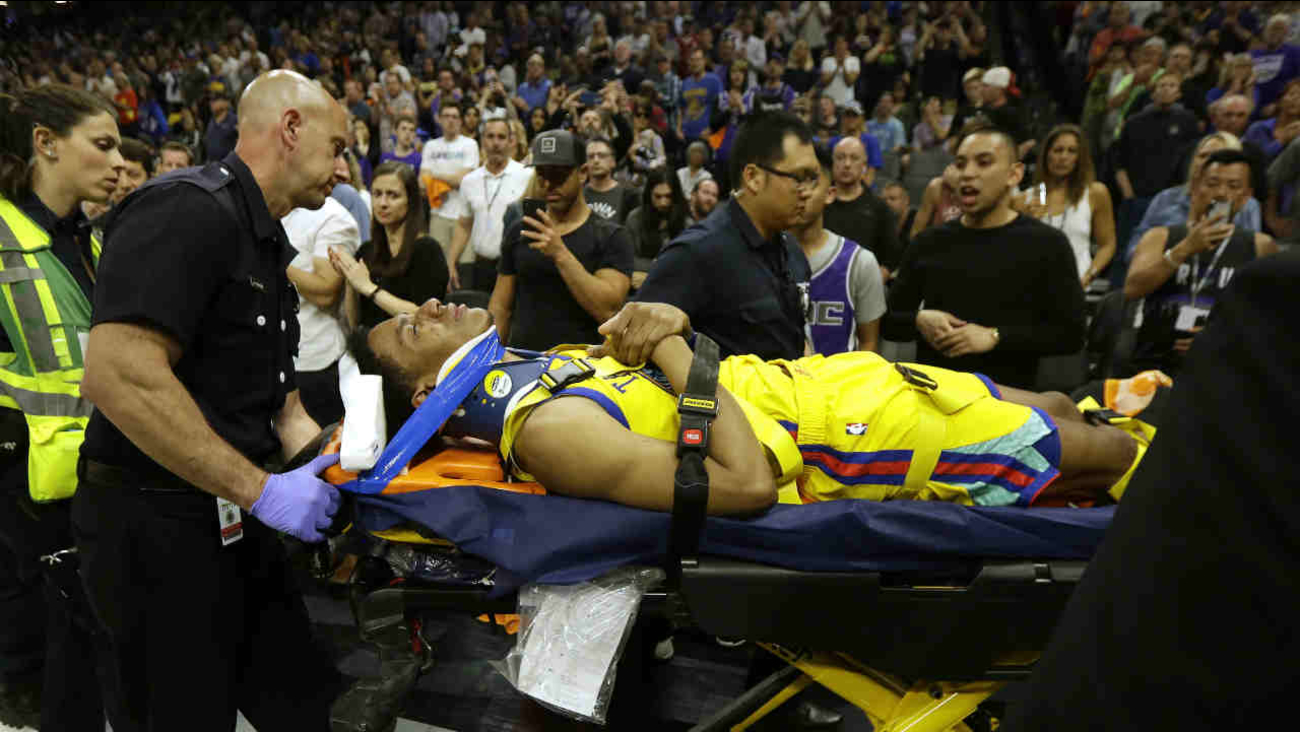 SACRAMENTO (KGO) -- Golden State Warrior Patrick McCaw has cleared all tests after he was taken off the court on a stretcher after a bad fall during a game against the Kings Saturday night in Sacramento, the team announced Sunday.

McCaw drove the baseline and went down with a thud at the 41.8-second mark of the third quarter, hit in the lower body by Carter. McCaw lay in agony for about 10 minutes as the arena silenced. Carter, who was given a Flagrant-1 foul, knelt nearby as medical personnel from both teams along with Warriors coach Steve Kerr rushed out to the baseline beneath Golden State's basket.

Players for both teams eventually came to the floor as McCaw was placed on a stretcher and wheeled away with his neck stabilized. McCaw, who appeared to be trying to dunk, did a scissor kick in the air over Carter's right shoulder before landing hard on his troublesome back.

Kerr swore and was visibly frustrated and hollered "He knows better," referring to Carter, before going out to the court to check on his second-year guard. Carter got close to McCaw and offered some words just before the stretcher was pulled away. The two teams then gathered in a huddle before the game resumed after about a 10-minute delay.

The Warriors say the injury will be referenced as a lumbar spine contusion. He was expected to be released Sunday and will have a follow up with a specialist.

Patrick McCaw Update: Preliminary X-ray, CT scan and MRI exams were all clear and, additionally, preliminary reviews indicate no structural injury or neural disruption. He is expected to be released later today and will undergo a follow-up review with a Specialist on Thursday.

Patrick McCaw Update (Cont.): At this point, the injury will be referenced as a lumbar spine contusion (secondary to the impact of a fall).