Yoenis Cespedes still fond of Oakland, hopes to end career by returning there 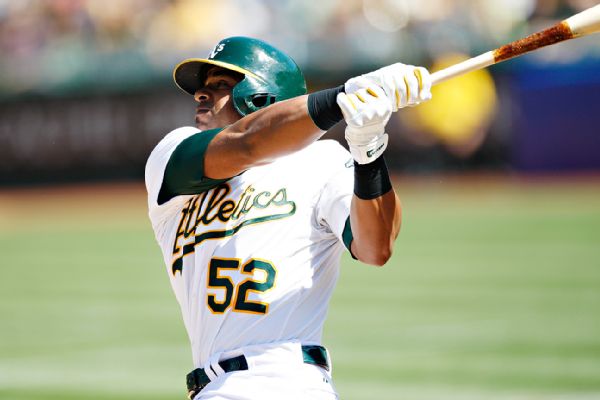 Mets outfielder Yoenis Cespedes told the San Francisco Chronicle on Friday that he wants to finish his career with the Athletics, the team with which he made his major league debut.

The 31-year-oldCespedes signed a $110 million, four-year contract in the offseason to remain with the Mets.

"I still love the A's. They were the first team to give me an opportunity to play in the big leagues," Cespedes told the Chronicle, hours before his three-hit night helped New York to a 7-5 win. "I love Oakland all the time."

Cespedes also said A's manager Bob Melvin is his favorite skipper, and the slugger doesn't think there's a better one.

Told of Cespedes' comments to the Chronicle, Mets manager Terry Collins said: "Bob's a great manager. I don't blame him."

After the game, Cespedes clarified his comments while speaking with reporters through a translator and said he meant no disrespect toward Collins or the Mets.

"This is my home, this is my team," Cespedes said of New York.

Cespedes played 365 games for Oakland after making his debut in 2012. He was traded to the Boston Red Sox in 2014 and also played for the Detroit Tigers before being traded to the Mets in 2015.