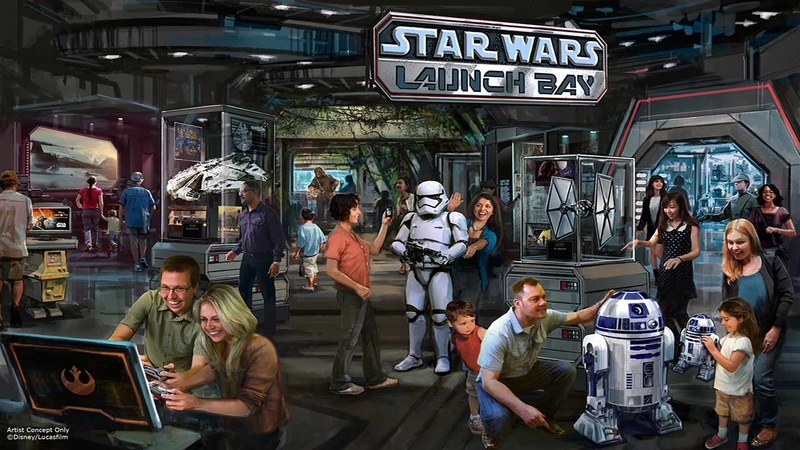 The Season of the Force will begin Monday, Nov. 16 at California's Disneyland Park. Guests will meet some of their favorite "Star Wars" characters and enjoy new rides inspired by the films.

On opening day, five attractions are set to open, including the "Star Wars" Launch Bay, an area featuring specials exhibits and sneak peeks into the upcoming film "Star Wars: The Force Awakens."

Hyperspace Mountain will provide guests the opportunity to join an X-wing Starfighter battle in the re-imagining of the classic Space Mountain attraction for a limited time.

Coming in December, Jedi Training: Trials of the Temple will show new twists on Jedi Training and will introduce new characters from the franchise and the Disney XD series, "Star Wars Rebels."

The current Star Tours attraction will feature a new scene inspired by the upcoming film, "Star Wars: The Force Awakens."

Park visitors will be able to explore a gallery featuring authentic pieces of Stormtrooper armor and Sith lightsabers, as well as Rebel flight helmets and lightsabers once wielded by Jedi Knights.

The starship and preview galleries will have props from the upcoming film and other movies from the "Star Wars" saga.

With groundbreaking scheduled to take place in 2016 for the largest single-land expansions ever, building the new 14-acre lands will be major projects at both Disneyland in Anaheim and Disney's Hollywood Studios in Florida.

Official dates for Season of the Force at Disney's Hollywood Studios in Florida have not yet been released.

Work to make room for the new land at Disneyland will require the Rivers of America and the Disneyland Railroad to close temporarily.