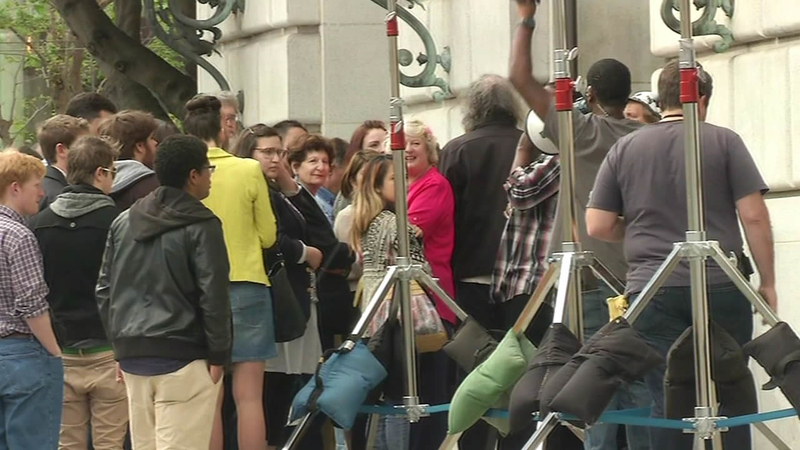 Hundreds flock to be in Steve Jobs movie scene in SF

SAN FRANCISCO (KGO) -- Hundreds of people streamed into San Francisco's War Memorial Opera House Monday for a chance to be in a major motion picture.

A key scene of the Steve Jobs biopic was filmed there.

The scene focused on the October 1989 launch of NeXT computer, a company founded by jobs after he left Apple computer.

The hundreds of extras who took part didn't just get to see Kate Winslet and Michael Fassbender in action. They saw Silicon Valley history being immortalized on film. "What we are filming are the big roll out scenes that Steve Jobs was so famous for, where there were world changing inventions," BeInAMovie.Com spokesperson Cash Oshman said.