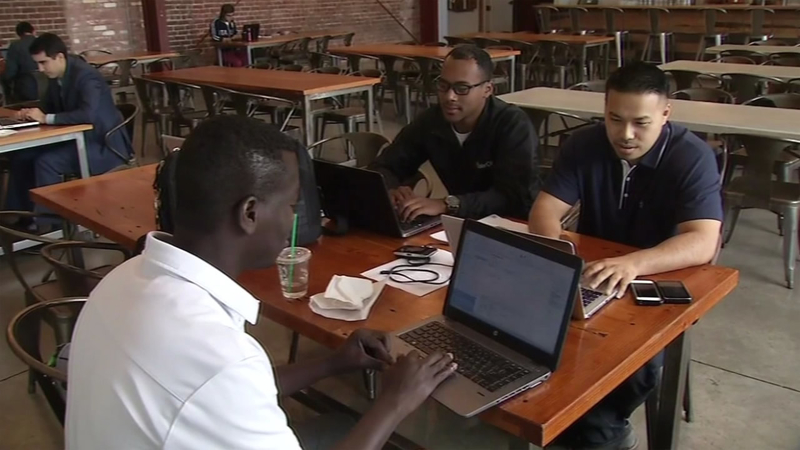 SAN JOSE, Calif. (KGO) -- Many of us have had to deal with it. Sitting there waiting for a download to finish.

"Right now, I'm using the W-Fi here, it's super slow and sometimes I lose up to 10 minutes just trying to answer a question," explained Mora.

Relief from those slow speeds could arrive in the next year.

San Jose is close to getting something that could start pushing Internet rates lower for everyone.

Council members are expected to approve a plan for Google Fiber, that would bring blazing fast Internet speeds to much of San Jose and put a lot of pressure on other Internet providers.

It has taken nearly two-and-a-half years to get to this point. And while Google has not officially named San Jose a 'Fiber' city, they're definitely taking the steps to make it happen.

On Tuesday, San Jose City Council is expected to approve Google's plan to install fiber cables across the city.

Google Fiber would allow customers to capture data at up to 1,000 megabits per second. That means an HD movie could be downloaded in less than a minute.

As Google explains it in an online FAQ on Fiber:
Google Fiber gets its name from the thousands of miles of new fiber-optic cable we are building and bringing directly to homes and businesses. These fiber-optic cables are made of glass, and use lasers to transmit information at rates close to the speed of light. While there's plenty of fiber in America, very little of it goes directly to people's homes-which means your Internet signal travels at Autobahn speeds for most of its journey, then turns onto a dirt road as it gets near your house.

But some are skeptical, asking is there really a need for it?

"We want everything at the snap of our fingers and it makes sense for downloading speeds, but I feel like that can be a little excessive," said Andrew Godfrey, who lives in San Jose.

San Jose State professor Melody Moh says Google Fiber would force companies such as Comcast and AT&T to ramp up their game.

Mayor Sam Liccardo hopes that the lightning-speed Internet service will help close what he refers to as the digital divide.

"With a constellation of companies we're working with, we can substantially broaden opportunity and access," Mayor Liccardo.

Nine fiber huts would be installed this summer, each with the capacity to serve 40,000 customers a piece.