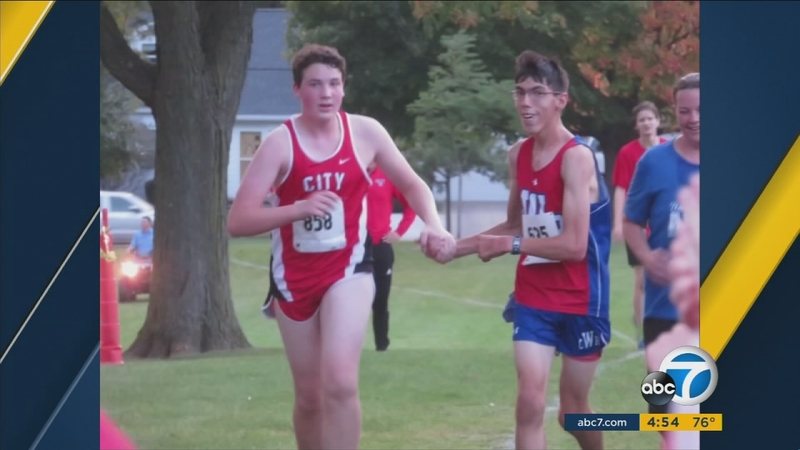 Evan Hansen, a sophomore at City High, was running in his cross country meet when he saw Adam Todd from Cedar Rapids Washington, a competing school, KCRG reported.

Adam, who has epilepsy and autism, was distracted by an ambulance. When he veered off course to check it out, Evan came to his rescue.

As they neared the finish line, other members of Evan's team ran along with them, encouraging Adam the whole way.

"I can't tell you the immense pride I felt," said Jayme Skay, Evan's coach. Skay said he and the opposing team's coach both got choked up at the scene. "You coach 20, 30 years, and it's moments like that, that make it all worth it."