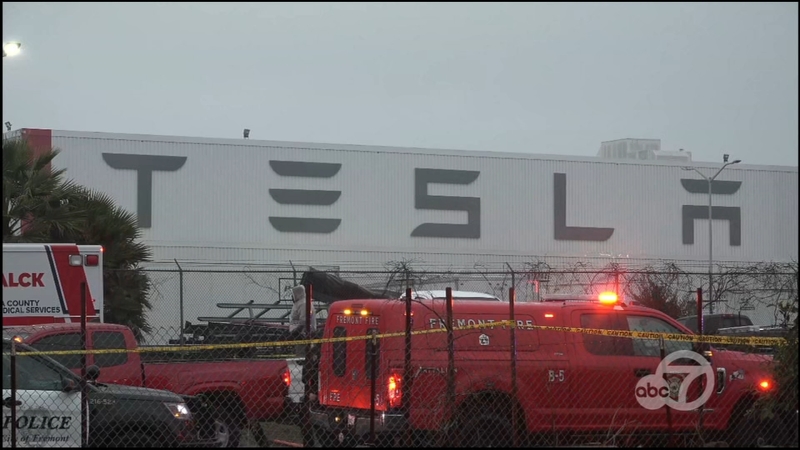 FREMONT, Calif. (KGO) -- Fremont Police have arrested a Tesla employee in connection with the death of a coworker.

That co-worker was found with a gunshot wound Monday afternoon in the Tesla factory parking lot.

He was later declared dead at the scene.

During the investigation, police say they learned the two men had been arguing earlier in the day.

He is being held in the Santa Rita Jail.

Officers say they found this short-barrel rifle in his car.