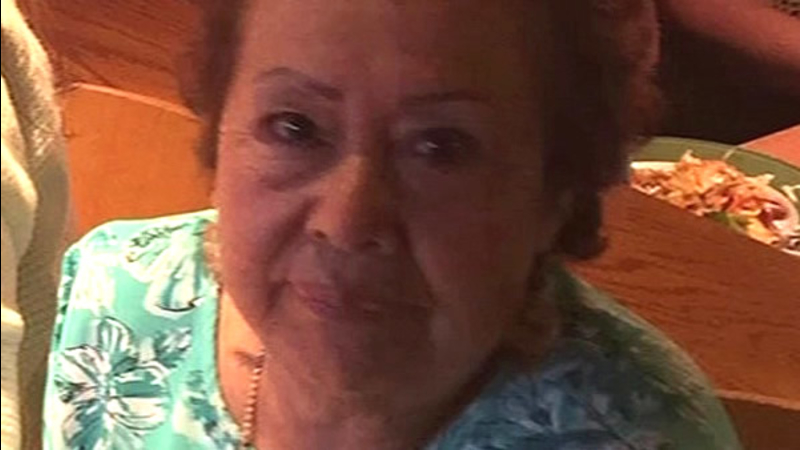 The second victim who died in the bus crash was identified Wednesday as 76-year-old Maria Ortiz of Salinas.

Greyhound crash victim lived in Salinas for 50 yrs. At 6pm, her grandson shares what he'll remember most about her. pic.twitter.com/ksVKxcLmsv

Ortiz was known as a caring and compassionate woman who always put herself before others. She was known as the grandmother of a Salinas neighborhood where she lived for nearly 50 years. Family members are in disbelief over what happened, but said they will rely on faith and friendship to get them through this very difficult time. "The way it happened was the worst way we could've found out about it, we were in shock," Ortiz's grandson Joel Ibarra said.

The Greyhound bus overturned in South San Jose on northbound Hwy 101. One man was seriously injured and nine others, including the driver, suffered minor injuries. They were taken to nearby hospitals and 10 others were transported by a chartered bus to San Francisco.

The other woman who died was identified as 51-year-old Fely Olivera of San Francisco. Investigators said the two women died after being ejected through the front windows of the bus.

Ortiz was returning home after visiting relatives in Tijuana before the crash. "They thought she was just going to board another bus in L.A. and then come straight to Salinas, that wasn't the case," Ibarra said.

Family members were notified of Ortiz's death by the coroner's office just after 7 p.m., but earlier in the day getting details from anyone turned out to be a struggle. "We called the Greyhound stations to see if she had boarded any other buses or to see if she had gone anywhere else, but nobody had any information on her," Ibarra said.

Ortiz came to Salinas from Mexico in the 1960's to pursue the American dream.

Her daughter said she was an amazing mother who raised six children on her own. She was a proud grandmother of 13 and also looked after the other kids in the neighborhood. "A lot of the kids would come and visit her, they would call her grandma and we loved seeing that because we knew the type of person she was," Ibarra said.

Ortiz's family said they'll hang onto memories of their loved one who they say had so much more to give. "We'd walk right into the door and it was a hug and a kiss and she'd tell us how much she missed us and you know, that's what I'm going to miss the most, walking into this house and not getting that hug," Ibarra said. "Things happen, you know and God does things for a reason."

The NTSB investigation is expected to last for months. Now that the CHP has ruled out drug and alcohol, the NTSB will have to focus on the buses mechanical systems and on the driver to find out if he was falling asleep at the wheel.

Officials moved the bus from a towing yard in Gilroy and is taking it to a Caltrans yard in San Martin where investigators will have more room to work.

The NTSB calls it a multi-discipline investigation. They're going to take a hard look at the driver and whether he had enough rest and what was he doing as the crash happened. He left Los Angeles at 11:30 p.m. Monday night and had clocked seven hours behind the wheel.

The CHP says 58-year-old Gary Bonslater admitted he was fatigued.

The NTSB will look into Greyhound's safety procedures and policies as well. The bus company told ABC7 News that it requires drivers to have nine hours of rest, an hour longer than federal regulations.

As NTSB investigators went through the wreckage at the tow yard in Gilroy Wednesday where they recovered a key item. "Yes, we have recovered a camera from the bus. We'll be looking into whether it recorded any information or not," lead NTSB investigator Jennifer Morrison said.

The NTSB has sent eight investigators to examine the bus. They will also look at highway design and the impact attenuators or barrels used to cushion a vehicle plowing into a divider. The barrels hit by the bus were hollow. Other barrels can be filled with sand or water. The bus weighs 17 tons and was traveling an estimated 65 miles an hour when it crashed.

The NTSB will also look at what can be done to help protect passengers better. Both the CHP and NTSB officials confirmed the Greyhound bus had seat belts, but working to find out if they were being used.

Greyhound spokesperson says a camera was inside bus at time of crash in San Jose. No word on what footage shows. pic.twitter.com/CDs6Rt4lNC