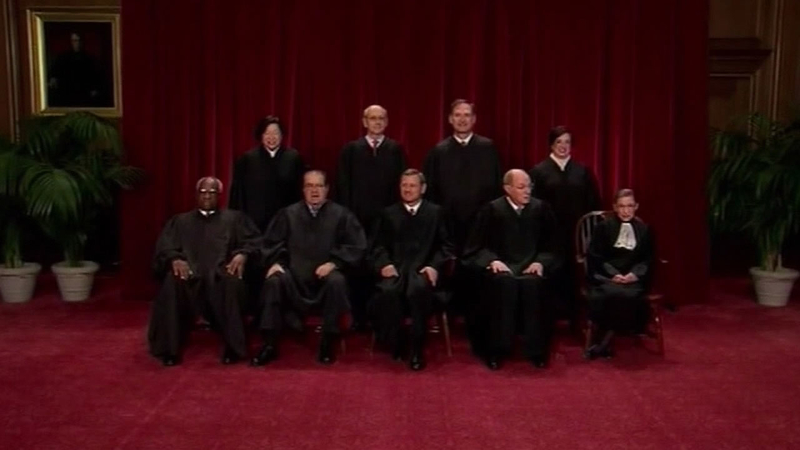 SAN JOSE, Calif. (KGO) -- A next step in the campaign to move the A's from Oakland to San Jose could be made by the U.S. Supreme Court. Papers were filed on Wednesday asking the high court to hear San Jose's case.

San Jose is hoping to Supreme Court will take a different position than the lower courts, which ruled in favor of Major League Baseball. At stake is the 1922 exemption given to baseball from antitrust laws. A shift in attitudes -- given multi-million-dollar player salaries and revenue from TV broadcasts -- might see the scales tip in San Jose's favor.

"There are cases all over the country, testing the exemption, and if the Supreme Court takes it away, Major League Baseball is faced with a whole new world. It's going to be governed by the antitrust laws, just like football, basketball and hockey are," Phil Gregory, an attorney for San Jose, said.

One of the justices, Sonia Sotomayor, called baseball a monopoly in a 1995 decision. Another wrote that the exemption is outmoded. A decision whether to hear the case should be made by fall. Even if San Jose prevails, it doesn't mean its efforts to woo the A's from Oakland is a done deal.

"All it does is give the ability to the A's to decide where they want to go. And if they want to stay in the Bay Area, which Lew says he does, does he want to try to do a deal in Oakland, San Jose or somewhere in between?" Richard Doyle, a San Jose City Attorney, said.

A's owner Lew Wolff turned down an interview, saying he doesn't talk about legal issues. He does have an agreement lasting six years to buy a five-acre site near SAP Center for a stadium.

Oakland and Alameda County leaders met with the NFL Wednesday about what it will take to keep the Raiders from moving to Los Angeles. If the Raiders move south, Oakland will be under great pressure to keep the A's from striking a deal with San Jose.