ONLY ON ABC7NEWS.COM: Family sues Nissan for fatal Vallejo crash 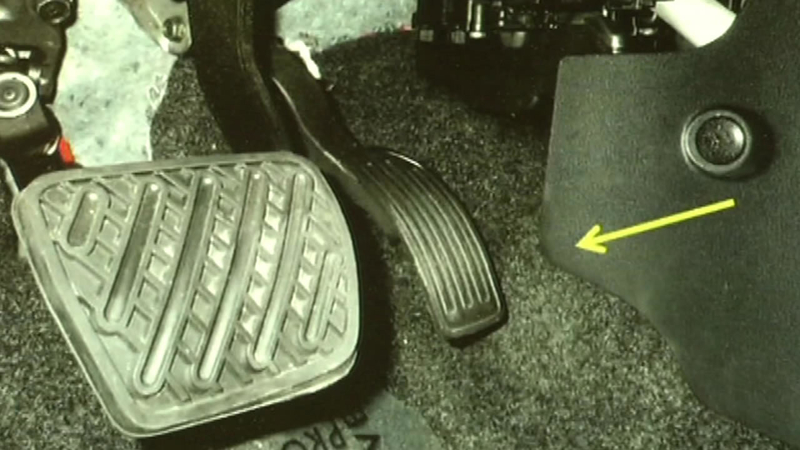 VALLEJO, Calif. (KGO) -- The family of a woman killed in a horrific accident in Vallejo has filed a wrongful death lawsuit Nissan Motors, the company that built the driver's car. In a story you'll see only on ABC7 News, the family's lawyer blames a design flaw.

Five people from an extended family and another pedestrian were hit in that terrible accident. A mother was killed. Two children suffered only minor injuries, thank goodness. The driver was in a Nissan Versa.

The National Highway Traffic Safety Administration had been investigating Nissan Versas after receiving complaints that drivers were getting their feet caught between the carpet trim panel and the heating actuator.

"The only possible explanation was over negligence on Nissan's part and for the loss of my mother," said the victim's son Daniel, who did not want his last name used in this story.

The fatal accident has devastated Daniel and his large extended family. His mother was killed and his aunt is still hospitalized with a fractured spine.

"She's going to need a lot of recuperation and we believe she may be crippled for the rest of her life," he said.

A close family friend was also severely injured. All of them hit by a car in Vallejo on June 19 as they crossed the street with two young children. The driver of the car is said to be emotionally traumatized.

Police have no charges pending. All his tests have come back negative.

"No DUI, nothing in his blood stream, no history," said Andrew Shalaby, the victim's family's attorney. "This is the only logical explanation and it's what we believe what happened."

Shalaby is referring to the front tunnel carpet's trim panel of the driver's Nissan Versa.