When the suspected thief's associate came to help, the man took him down, too.
KGO
By Dion Lim 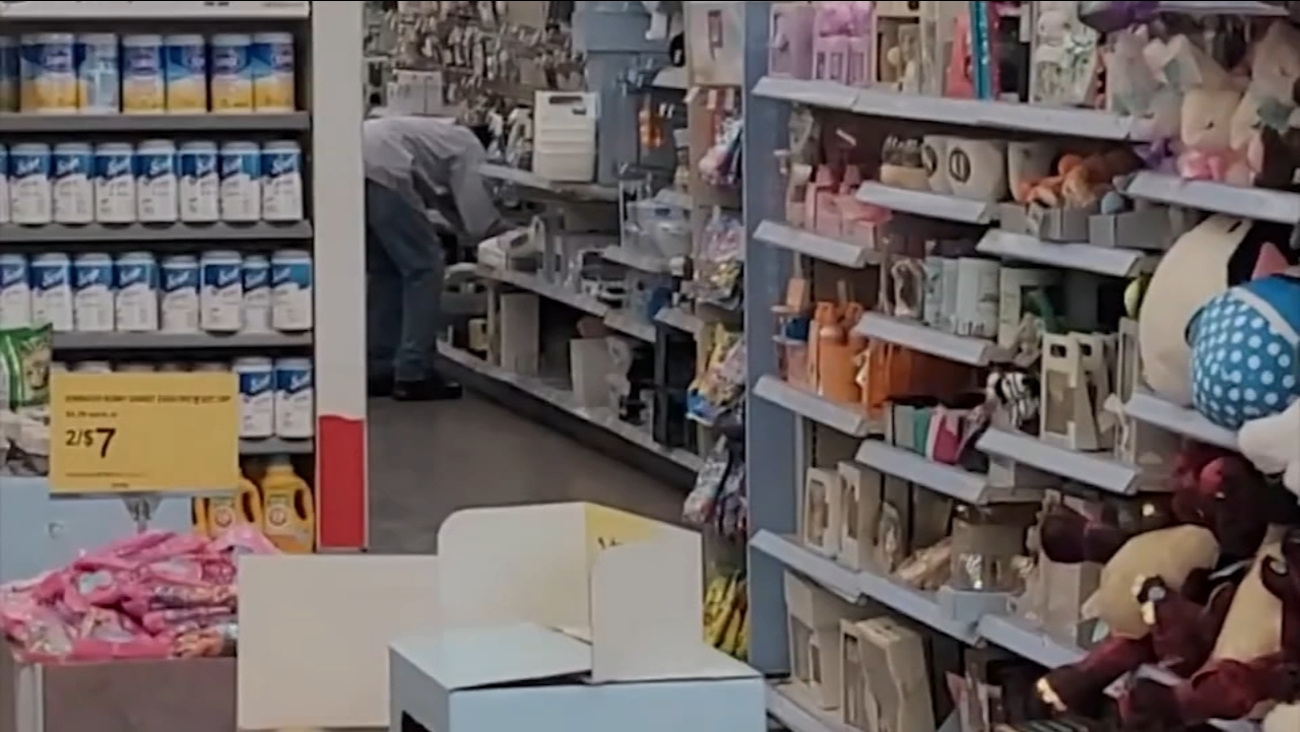 ALAMEDA, Calif. (KGO) -- A frustrated customer took matters into his own hands, wrestling with, and even body slamming a suspected shoplifter and his associate at an Alameda Walgreens.

Cellphone video captured by the customer, who requested we use his first name of Kevin, shows a man putting bottles of pills into a backpack at the Walgreens along Otis Saturday afternoon.

In a second video, you can hear Kevin hand over his cellphone to a bystander and asks that person to record what's about to go down.

"I said (to myself) this is a time you can make an impact, make this happen. I see him leaving the store... and I threw him to the ground," says Kevin.

The incident quickly escalates and you can hear the suspect yell out "leave me alone! Leave me alone!" Kevin can be heard yelling for bystanders to call police.

"I am way bigger than you and I will f*** you up!" Kevin can be heard saying to the man, who is now writhing around on the ground. "I am placing you under citizen's arrest!" yells Kevin, who also blames the man for increasing prices of goods.

The struggle ensues for more than two minutes when the suspect then starts yelling out to a friend.

But the suspect was not joking. Moments later, a sedan pulled up and a man in blue walked toward the store.

"He came up behind me and tried to get me in a headlock... then I picked him up by the groin and threw him to the ground," says Kevin.

In the video you can see Kevin loses his shoes during the struggle, and both suspects run to the getaway car nearby.

Alameda police say if you witness a crime and can record it safely, it's a plus -- But to get involved opens a person up to litigation and possible charges if the suspect is arrested. APD says many big business also don't want to participate in an investigation.
Kevin understands that by intervening, he could face consequences.

According to police, the stolen merchandise was recovered and Walgreens did not seek prosecution.

When asked if he would do the same and jump in to detain a shoplifting suspect again?

"My mom would kill me. My friends will kill me. But yeah, I'd do it all over again."

EDITORIAL NOTE: After a careful and thoughtful discussion among the ABC7 News staff, we decided to remove the video of this incident because it did not meet our editorial standards.