SFPP, a subsidiary of Kinder Morgan, agreed to 18 months probation and will pay $2.5M in fines to settle two misdemeanor charges.
KGO 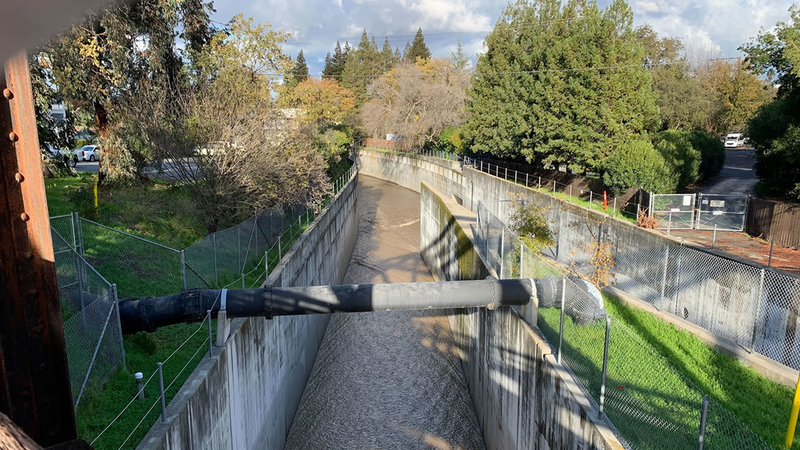 WALNUT CREEK, Calif. (KGO) -- Exactly one year after more than 1,000 barrels of gasoline spilled into a flood control canal in Walnut Creek, a multi-million dollar settlement has been reached with the company that operates the pipeline.

"While we can't undo the damage already done to the community and the environment," said California Attorney General Rob Bonta, "we are here today to secure justice for the residents of Walnut Creek."

Justice, according to Bonta, is making a major fuel pipeline operator pay for the costs and damage done after the 63,000 gallons of gasoline spilled into a Walnut Creek canal last December.

"The public should know that when spills happen in California, CDFW will take action and we will hold those parties responsible," said Officer Ryan Thiem with the California Department of Fish and Wildlife.

But neighbor Peggy Dodds is upset with state officials, saying she and other impacted residents were not included in the settlement.

"You never communicated with us," Dodds yelled to Bonta and other state officials, as they held their press conference near the canal.

A Contra Costa County supervisor says around 600 gallons of oil flowed into the San Francisco Bay during a pipeline leak at Chevron's Richmond refinery.

SFPP, a subsidiary of Kinder Morgan, has agreed to 18 months of probation and will pay $2.5 million in fines to settle two misdemeanor criminal charges.

In a statement, Kinder Morgan spokesperson Melissa Ruiz said, "While we disagree with any allegation that SFPP acted unlawfully in connection with the Walnut Creek incident, we worked with the Attorney General's office over the past several weeks to settle this matter in order to focus solely on the remediation going forward."

The initial report of the spill was that it was relatively small, maybe 300 or 400 gallons, but within days, it became apparent that it was much larger.

"We actually got the flood control district and some people went down in the creek and actually started sampling," explained Steve Waymire, Asst. Public Works Director for the City of Walnut Creek, "and they had people look around and they found that it was actually significantly worse than we thought originally."

As part of the settlement, Kinder Morgan is required to install a new leak detection system, and notify local agencies and the community a lot sooner in the event of a future incident.