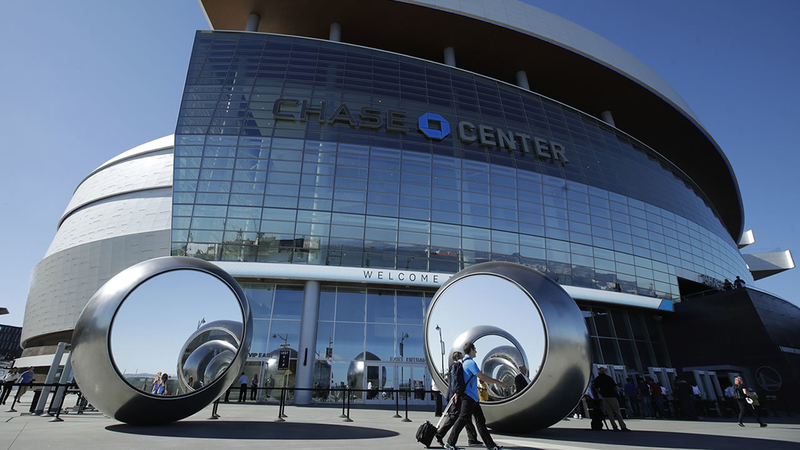 The Golden State Warriors seem the have the injury plague this season and Damion Lee is the latest victim.

Lee broke his shooting hand in Monday night's game against the Utah Jazz, according to Warriors PR on Twitter.

To be exact, he "suffered a non-displaced fracture of the fourth metacarpal in his right hand," the team said.

Lee is a two-way player who was getting 25-plus minutes a game.

RELATED: Golden State Warriors refute report that Steph Curry will be out for rest of season

Draymond Green and D'Angelo Russell both recently returned after missing several games due to injury, and Willie Cauley-Stein missed the preseason with a foot sprain.

What's been a series of unfortunate events has Twitter wondering, "Is the Chase Center cursed?"

Some people tweeted that exact question. Others are speculating the idea.

"Seriously who cursed the Warriors," one user said.

"The Spirit of Oracle Arena? That's the only thing that makes sense to me and I'm not a Warriors fan," said another.

Many fans just want their team back, saying, "Can we go back to Oakland?"

The freak-out is real, and new nicknames are spawning. The fondly-used term "Splash Brothers" was turned into "Cast Brothers."

Take a look at some of the reactions:

Is the Chase Center cursed?

Alright we got the message basketball gods yall can stop

seriously who cursed the Warriors 🤔 we are past bad luck

The Spirit of Oracle Arena? That’s the only thing that makes sense to me and i’m not a warriors fan

Can we go back to Oakland?

well he and steph can be the
"Cast Brothers" ,literally

Imma go pray for the Warriors

Good god!! This season is a wrap!

Kerr is going to have to suit up himself at this point.

This is the ultimate tanking strategy: Everyone gets hurt.

You got to be kidding me😥

Omg how many players do we have left