'This is emotional for us:' Dub Nation says goodbye to Oracle Arena 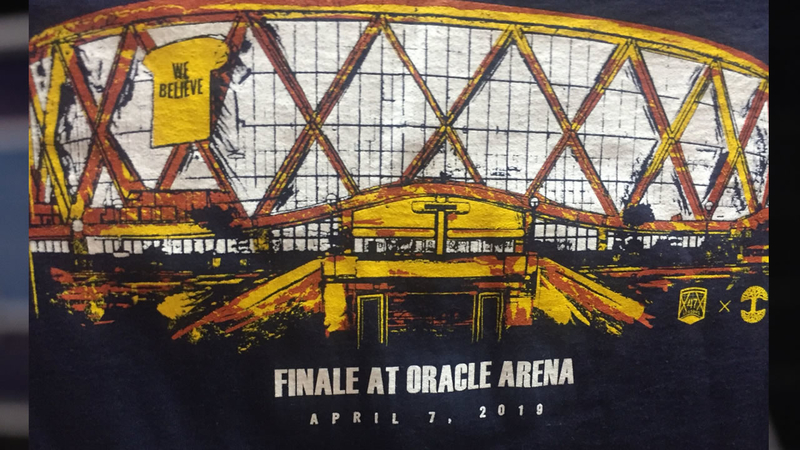 OAKLAND, Calif. (KGO) -- The Warriors made their entrance onto the hardwood at Oracle for a game against the Clippers Sunday and Dub Nation was on their feet.

It's the final countdown for fans. This is the last regular season game for the championship team at the place they've called home for the past 47 seasons.

"They've earned a new stadium, but it's not going to be Oakland. It'll be ok, I'm not going to cry," said Warriors fan Johnetta Maduakolam.

The Warriors made this day a party for its loyal fans. There were photo booths, bands, and balloons to commemorate "Roaracle."

Inside, every member of DUBNATION got a free T-shirt that said "Finale at Oracle Arena."

Rose Marie Jones and her friends have been with the Warriors through years of thick and thin, especially thin.

"I Remember when we knew we weren't going to win the game.. But we'd come and sit there anyway," said Fan Renetta Pines.

#BITTERSWEET day for #Dubs fans, it’s the last regular season game at @OracleArena aka ROARacle. @ChaseCenter next season. #DubNation will get a free T-shirt which says, “Finale at Oracle.” ☺️🏀 #WarriorsGround https://t.co/Ddgp14ZxQS pic.twitter.com/seEQF97VvD

The team is moving to San Francisco. They'll play next season at the new billion-dollar Chase Center.

The team is headed for the playoffs and will be back at Oracle soon.