WASHINGTON (KGO) -- A national memorial service celebrating the life of Senator John McCain was held at Washington National Cathedral in Washington, D.C. The senator's family, friends, congressional colleagues and staff, as well as U.S. and international leaders attended and participated in the service.

McCain's daughter opened his memorial service, her voice rising from tearful to impassioned tribute, by posing her father's legacy as a direct challenge to President Donald Trump.

"We gather here to mourn the passing of American greatness - the real thing, not cheap rhetoric from men who will never come near the sacrifice he gave so willingly, nor the opportunistic appropriation of those who lived lives of comfort and privilege while he suffered and served," she said, her voice first choking back tears then raising to anger.

At McCain's request, Obama, a Democrat, and Bush, a Republican, both former rivals in the senator's bids for the White House, were among those speaking about the six-term senator during Saturday's service.

Obama spoke of McCain as understanding that America's security and influence came not from "our ability to bend others to our will" but universal values of rule of law and human rights.

"So much of our politics, our public life, our public discourse can seem small and mean and petty, tracking in bombast and insult and phony controversies and manufactured outrage," Obama said in another not-so-veiled nod to Trump. "It's a politics that pretends to be brave and tough but in fact is born in fear. John called on us to be bigger than that. He called on us to be better than that."

Bush told of becoming friends with his former White House rival as the two would recall their political battles like former football players remembering the big game.

But mostly Bush recalled a champion for the "forgotten people" at home and abroad whose legacy will serve as a reminder, even in times of doubt, in the power of America as more than a physical place but a "carrier of human aspirations."

It is the last public event in Washington, where McCain lived and worked over four decades, and part of McCain's five-day, cross-country funeral procession. He died Aug. 25 at age 81.

"His death seems to have reminded the American people that these values are what makes us a great nation, not the tribal partisanship and personal attack politics that have recently characterized our life, " said former Sen. Joe Lieberman of Connecticut, a longtime friend and fellow global traveler who McCain once considered as his vice presidential running mate.

"This week's celebration of the life and values and patriotism of this hero, I think have taken our country above all that," he said. "In a way, it's the last great gift that John McCain gave America."

Trump, meanwhile, left the White House in the presidential motorcade shortly after 10:30 a.m., as the service was underway. The White House did not immediately answer questions about his destination.

McCain was a decorated veteran who was held for more than five years as a prisoner of war in Vietnam. He refused early release. Trump obtained deferments for his college education and a foot ailment.

The memorial stop provided another contrast with Trump in McCain's carefully designed funeral procession, but the speeches by the former presidents are expected to carry special weight.

McCain had long urged the Senate and the polarized nation to recognize the humanity even in bitter political opponents. McCain's request for speeches by the former presidents, to some, represents that ideal.

"We weaken our greatness when we confuse our patriotism with tribal rivalries that have sown resentment and hatred and violence in all the corners of the globe," McCain wrote in his farewell letter to the nation, read posthumously by a longtime aide. "We weaken it when we hide behind walls, rather than tear them down, when we doubt the power of our ideals, rather than trust them to be the great force for change they have always been."

By all accounts, McCain ended up liking both Bush and Obama but was not especially close to either man.

"John McCain and I were members of different generations, came from completely different backgrounds, and competed at the highest level of politics," Obama said in a statement after McCain's death. "But we shared, for all our differences, a fidelity to something higher - the ideals for which generations of Americans and immigrants alike have fought, marched, and sacrificed."

Bush delivered McCain a decisive defeat in the race for the GOP presidential nomination in 2000. Obama defeated McCain eight years later in the general election.

After his death, Bush called McCain "a man of deep conviction and a patriot of the highest order. He was a public servant in the finest traditions of our country. And to me, he was a friend whom I'll deeply miss."

McCain's service and dedication to working across the aisle - even as he sometimes infuriated his opponents - was a major theme of Friday's ceremony in the Capitol Rotunda.

Of those who spoke at Friday's ceremony, fellow Republican Mitch McConnell had perhaps the fullest sense of the McCain experience. The two had served in the Senate together since McCain's 1986 election.

"Depending on the issue, you knew John would either be your staunchest ally or your most stubborn opponent," McConnell recalled. "At any moment, he might be preparing an eloquent reflection on human liberty - or a devastating joke, served up with his signature cackle and that John McCain glint in his eye."

But just about anyone who worked in the Capitol over the past 35 years could attest to McCain's iron will and what House Speaker Paul Ryan called his "distinct brand of candor."

"With John, it was never feigned disagreement. The man didn't feign anything," Ryan said. "He just relished the fight."

"This," Ryan added of McCain, "is one of the bravest souls our nation has ever produced."

McCain is to be buried Sunday at his alma mater, the U.S. Naval Academy, next to his best friend from the Class of 1958, Adm. Chuck Larson.

"Back," McCain wrote on the last page of his recent memoir, "where it began."

Visit this page for more stories and videos on John McCain. 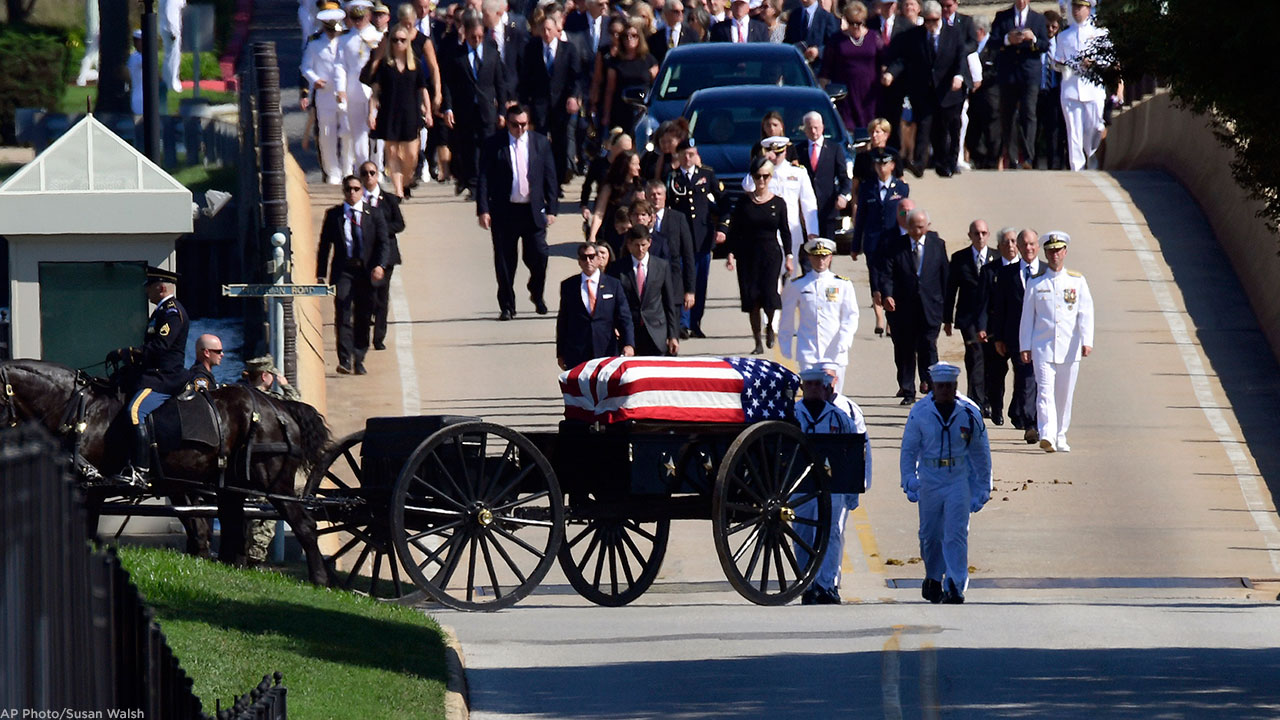 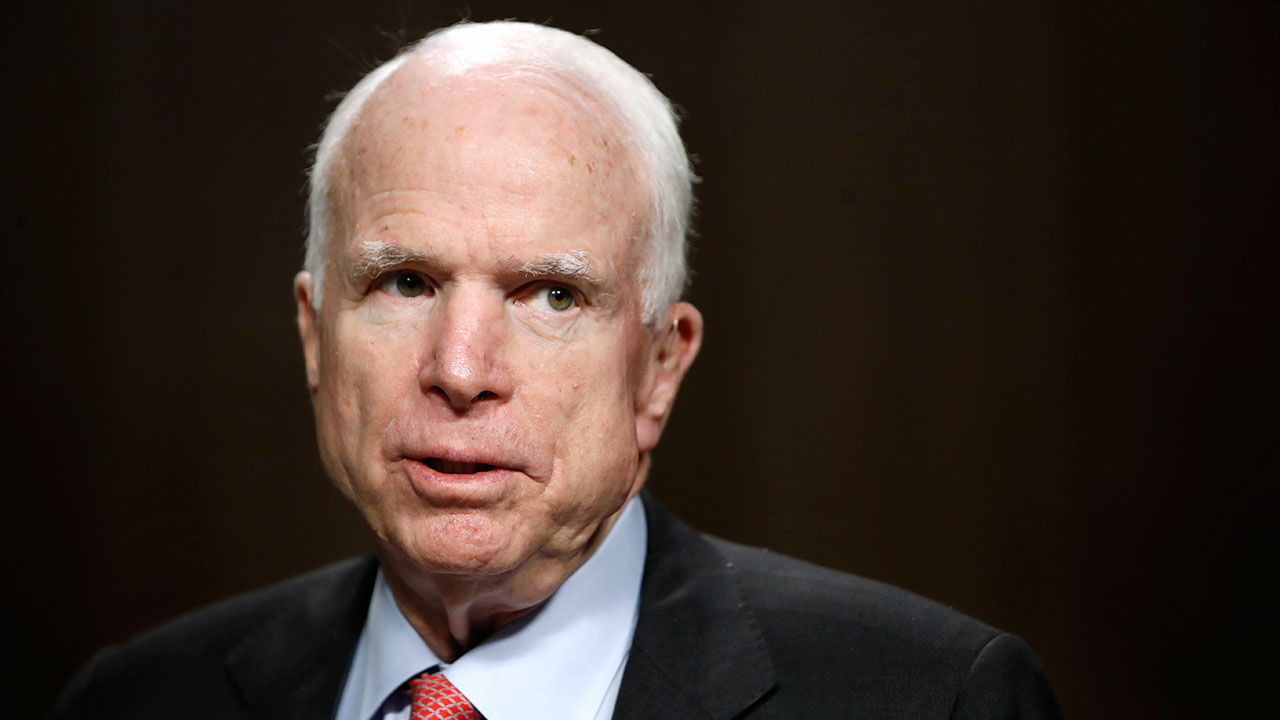 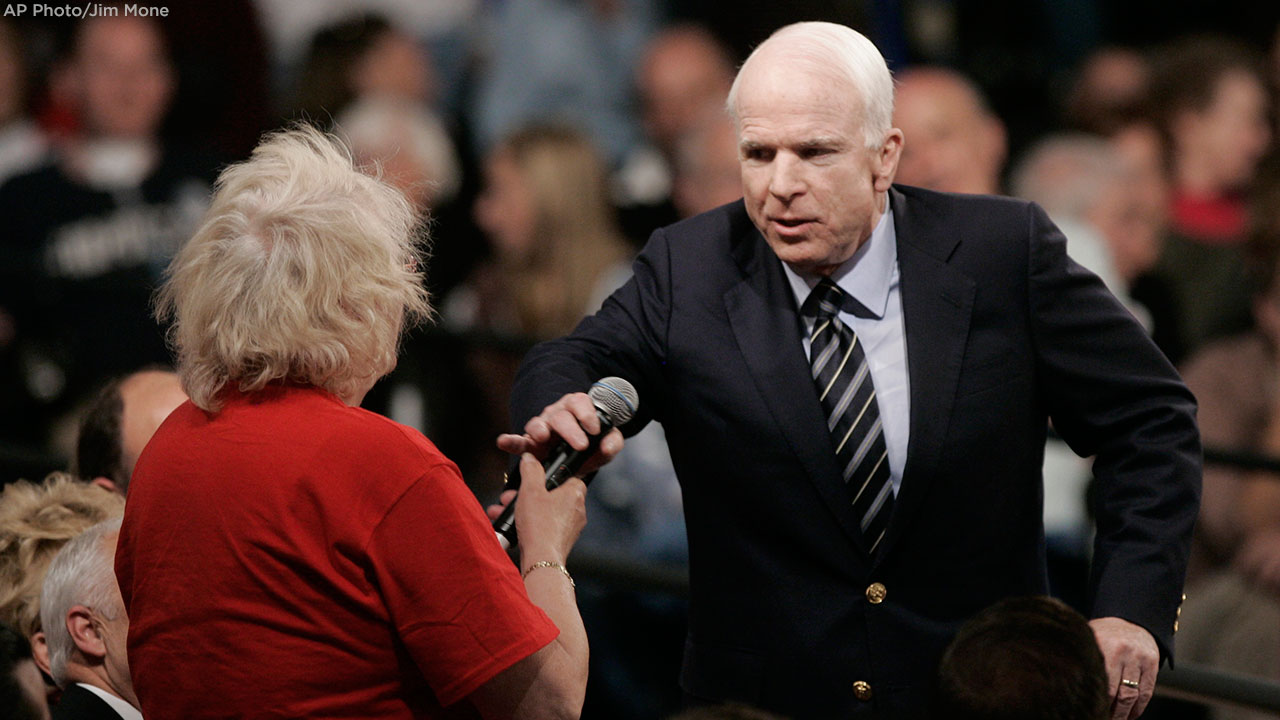 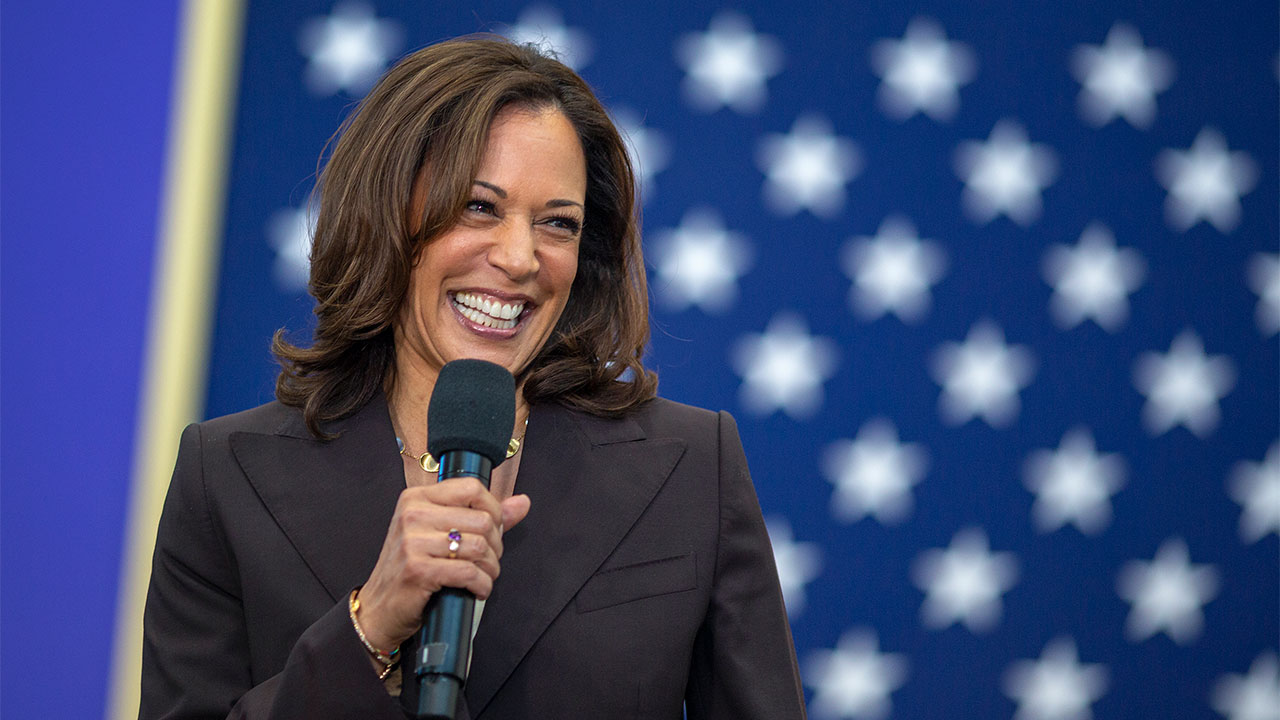