KGO
COLUMBIA, S.C. -- Days of torrential rains kept much of South Carolina and its capital gripped by floodwaters Monday as emergency responders promised renewed door-to-door searches for anyone still trapped after a weekend deluge and hundreds of rescues.

At least eight weather-related deaths in two states have been blamed on the vast rainstorm. 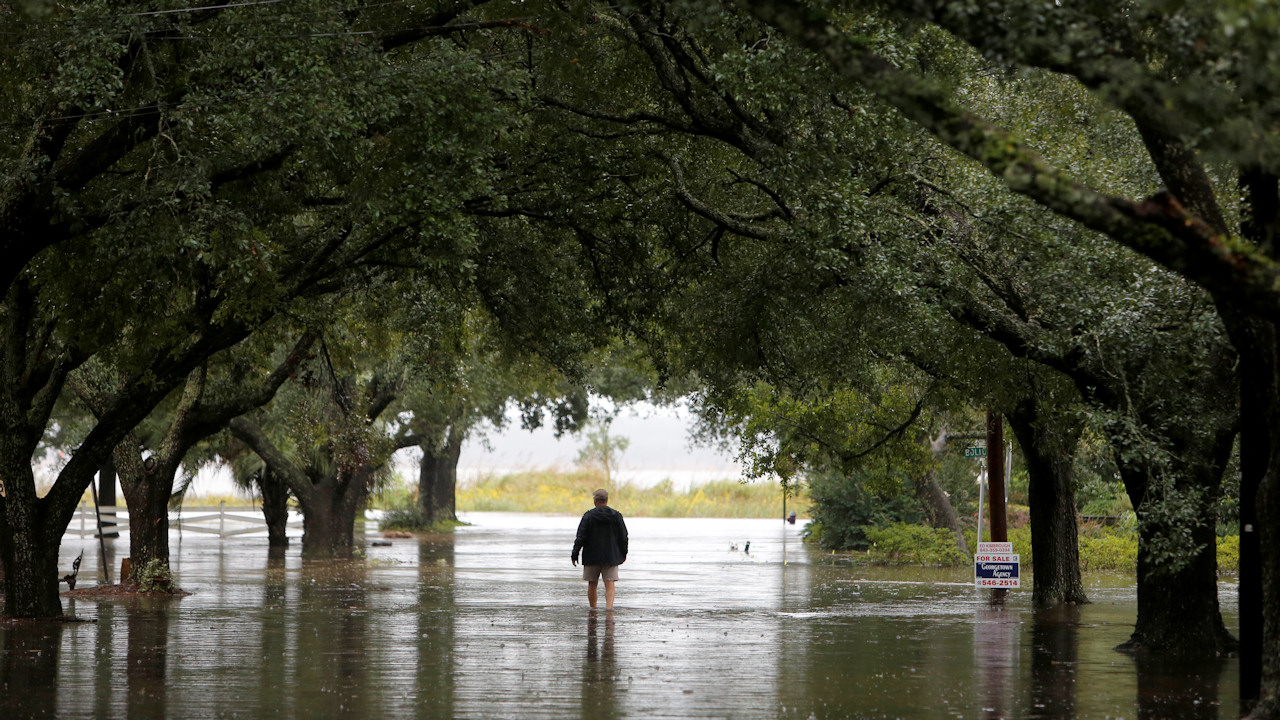 Heavy rain kept falling into the early hours Monday around the Carolinas from the storm that began swamping the Southeast late last week, part of an unprecedented low pressure system that dumped more than a foot of rain across South Carolina and drenched several other states.

Sunday was the wettest day in the history of South Carolina's capital city Columbia, according to the National Weather Service. The rainfall total at the Columbia Metropolitan Airport was 6.87 inches, the most rain that's ever fallen there in one day. One weather station near downtown recorded 17 inches in as many hours on Sunday.

"The flooding is unprecedented and historical," said Dr. Marshall Shepherd, a meteorologist and director of the atmospheric sciences program at the University of Georgia, in an email to The Associated Press.

He said the unique double punch of the upper level low - aided by a "river" of tropical moisture in the atmosphere from Hurricane Joaquin spinning far out in the Atlantic - gave the monster rainstorm its punch.

South Carolina Gov. Nikki Haley has said the deluge is the kind of storm seen only once in 1,000 years.

On Monday, she said 381 roads and 127 bridges were closed across the state, and 1,000 law enforcement officers and 1,000 transportation department personnel were working to make them safe. All roads and bridges will have to be checked for structural integrity, which could take weeks or longer.

People in South Carolina mostly heeded warnings to stay off the roads, and some got creative with their modes of transportation. People used everything from kayaks to boats to air mattresses to get around.


The flood waters caused some roads to break apart and even unearthed caskets in cemeteries. 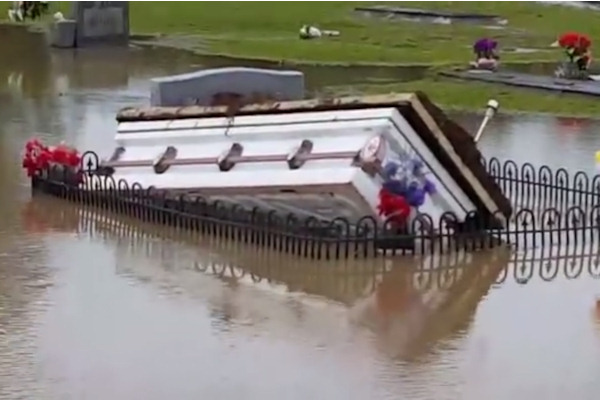 Caskets rise amid the flood waters at a cemetery by Samaria Baptist Church near Springfield, S.C.