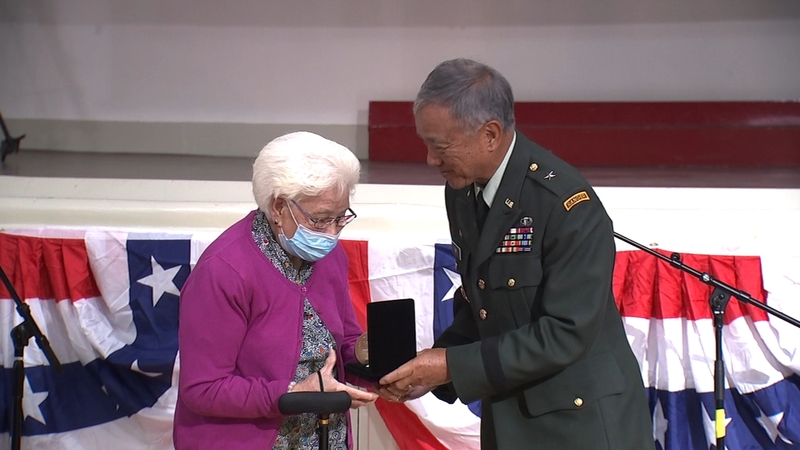 SAN FRANCISCO (KGO) -- A special series of events is happening this Fourth of July weekend to recognize overlooked veterans of World War II. The Congressional Gold Medal is being presented to Bay Area Chinese American veterans and their families.

Special events happening this #4thofJuly weekend: the Congressional Gold Medal is being presented to #BayArea Chinese American #WWII veterans & their families. 20k served even as 40% were excluded from citizenship at the time. They served with pride & valor. @CAWW2Vets #abc7now pic.twitter.com/BSN2xnTGDR

An estimated 20,000 Chinese Americans served in all branches of the U.S. military, even though 40% of them were excluded by law at the time from citizenship. History shows that they served with pride and valor.

Congress authorized the medal, its highest civilian honor, in 2018. Many World War II veterans are no longer alive, so in those cases the medals will be presented to their next-of-kin. One Congressional Gold Medal has been struck by the U.S. Mint, which will go to the Smithsonian Institution. The others are replicas.

This recognition comes 76 years after the end of World War II. Besides the San Francisco events being held this weekend, regional ceremonies will be held in other cities. A national ceremony and gala will be held Sept. 28-30 in Washington, D.C.

"These men and women served with dignity and for the rights that they necessarily didn't earn at that time. But for all of us who now who enjoy the privileges of being Americans. And they're being recognized for the first time in 75 years. That is a blessing from God," retired Rear Adm. Jonathan A. Yuen said.

More information about the recognition project can be found here.