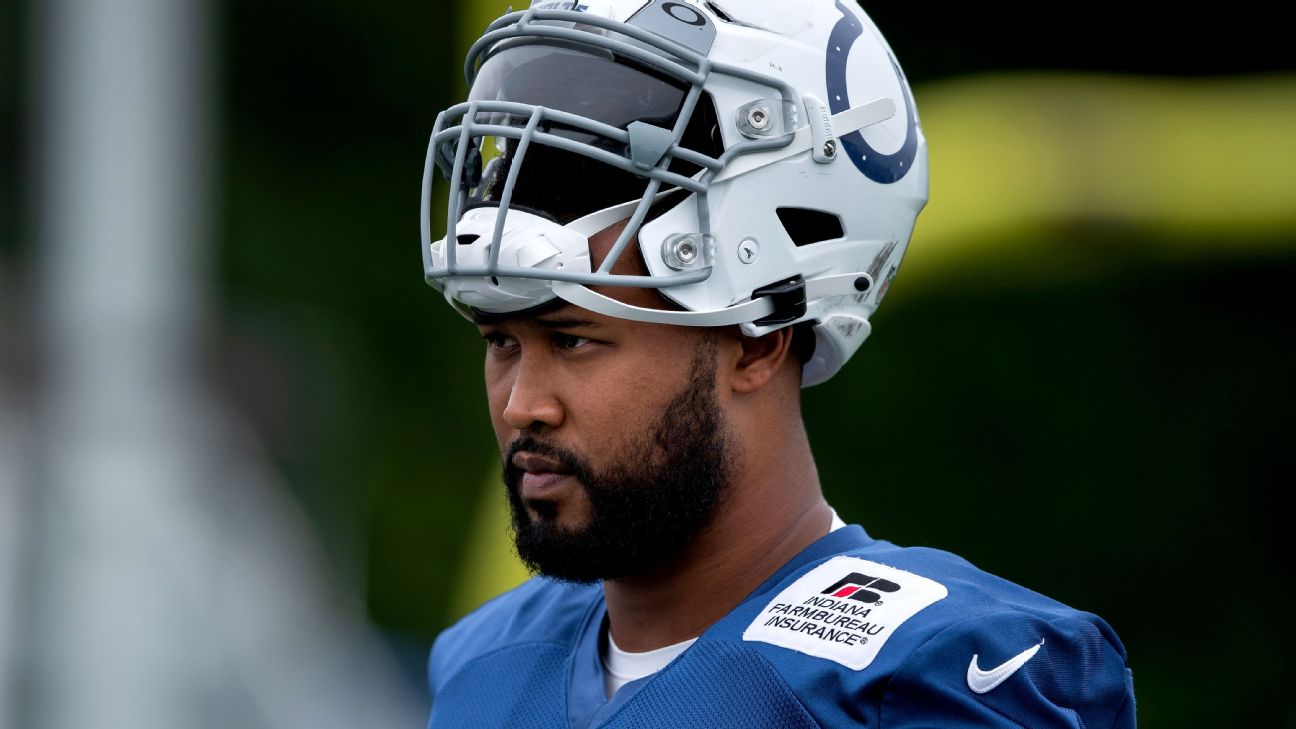 When the 2020 NFL draft order was finalized, the Indianapolis Colts' pick at No. 13 was their second highest under general manager Chris Ballard, who took the job in 2017. And Ballard and the Colts needed an impact player.

The San Francisco 49ers, meanwhile, were in a tough financial situation, needing to part ways with a big contract after having reached the Super Bowl.


Ballard and 49ers general manager John Lynch began talking about swapping the Colts' No. 13 pick for defensive lineman DeForest Buckner during the NFL combine in Indianapolis in late February. The 49ers thought Buckner's price tag was going to be too high after he had 28.5 sacks during his first four seasons with the franchise and had earned second-team All-Pro in 2019.

The trade was completed March 16, 2020. The Niners would then move back a spot, gaining an extra selection (later used to move up for receiver Brandon Aiyuk), and picked defensive tackle Javon Kinlaw.

"It's a little personal," Buckner said. "Definitely don't know how I'm going to feel. Probably have mixed emotions. Started my family out there. Got the opportunity to play at the highest level, drafted me. Poured my heart and soul [into that organization]."

Nineteen months after the trade, ESPN Colts reporter Mike Wells and 49ers reporter Nick Wagoner revisit what was said, how it looks now and who won the trade.

What they said then

"Probably the toughest thing I've done since I've been a general manager here. It's a difficult part of this business. One that I don't think you can really prepare yourself, when you move on from a player who embodies everything that you want to be about. We spend a lot of time talking about what's a 49er to us, and DeForest Buckner embodied that in every way both on and off the field." -- Lynch

"I thought it was very easy. Here is a 26-year-old, he's got everything we stand for: high character, he's a producer. ... I know the 13th pick is a high price, but we haven't made a lot of big moves like this, and a chance to acquire a player of this caliber with his character, I thought it was a no-brainer. Matter of fact, I held my freaking breath, praying that it was going to get done." -- Ballard

How does the trade look now for the 49ers?

Wagoner: It's unfair to simply compare Kinlaw to Buckner in the scope of this trade. And it was never realistic for Kinlaw to step in and become Buckner 2.0. But the reasons this trade still stings in the Bay Area go beyond the fact that Kinlaw has yet to develop as expected.

The explanation given at the time of the trade was that the Niners couldn't afford to keep Buckner and re-sign defensive lineman Arik Armstead and free safety Jimmie Ward. In essence, the 49ers chose the trio of Armstead, Ward and the No. 13 pick over Buckner and, presumably, a pick (maybe in the late second or third round) acquired for Armstead.

It was a reasonable stance to take, given that Buckner was going to command an average salary of more than $20 million per season. That's a lot of money for any interior defensive lineman not named Aaron Donald. But the Niners also seemed to underestimate one important quality Buckner brought beyond his productivity: durability.

In four seasons with the 49ers, Buckner missed just one game. He was always available and productive, no small thing on a team that has been ravaged by injuries since his departure. Buckner was also a beloved locker room leader and two-time captain, which is why end Nick Bosa lamented his departure by saying Buckner was "everything" to the defensive line.

What's more, the 49ers have poured precious resources into building a dominant defensive line, and removing Buckner from the mix has helped make that group far more pedestrian. In Buckner's final season with the 49ers (2019), they were tied for fifth in the NFL in sacks (48), first in forced fumbles (21) and tied for sixth in pressure percentage (30.4%) in 16 games. Since, the Niners are 23rd in sacks (41), tied for 17th in forced fumbles (16) and 24th in pressure percentage (27.3%) in 21 games.

How does the trade look now for the Colts?

Wells: The trade has worked out perfectly for the Colts. Buckner was named first-team All-Pro last season after he had 58 tackles, 2 forced fumbles and 9.5 sacks in 15 games. His 9.5 sacks set a franchise record at defensive tackle for the Colts.

Buckner's ability to anchor the middle of the line of scrimmage helped the Colts finish second in the NFL in rushing yards allowed per game (90.5). Safety Khari Willis called Buckner the "heart and soul" of the defense along with linebacker Darius Leonard.

Buckner's name is in the same category as Leonard, T.Y. Hilton, Quenton Nelson and Carson Wentz when it comes to leaders on the field and inside the locker room for the Colts.

Who won the trade?

Wagoner: The Colts. Normally, I'd be hesitant to declare a winner this soon, since it involved a recent draft pick. But Kinlaw has disappointed so far, and so long as his knee is an issue that needs such regular maintenance, it's hard to see how he's going to get to the level you'd expect from a No. 14 overall pick. Kinlaw's story isn't yet written, and he has a chance to close the gap, but since this question is who won the trade, well, the trade itself was Buckner for the 13th pick. And the winner, as of today, is clear.

Wells: Could this trade be more one-sided? This is the second time the Colts have easily won a trade, with the first coming when they swapped the No. 3 pick for the No. 6 pick with the New York Jets in 2018. The Colts selected Nelson and the Jets picked quarterback Sam Darnold, who is now playing in Carolina. The only thing that hasn't worked out for Buckner so far is that he wasn't named to the Pro Bowl last season. Something tells me Buckner isn't too upset about it because he got a new contract, was named an All-Pro and he's been called by some the best interior defensive lineman not named Donald. 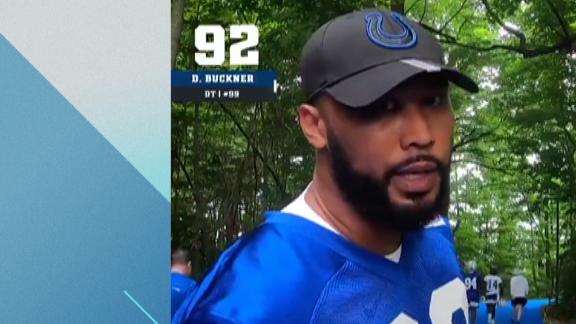