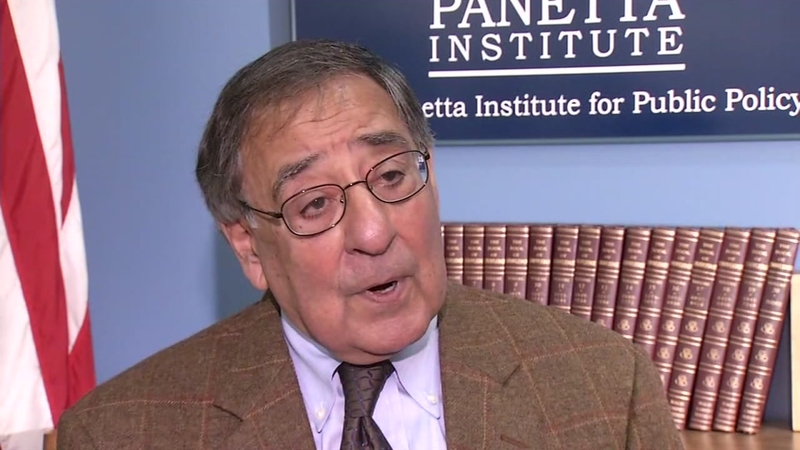 MONTEREY. Calif. -- In less than two months, Donald Trump will be sworn in as the next president of the United States. Today, we're getting some perspective on what to expect, from a man who's been a public servant for 50 years. Leon Panetta is a California native who represented California in congress for 16 years, then served as Bill Clinton's chief of staff in the 90's. He was named director of the CIA, and later secretary of defense under President Obama.

A long-time Washington insider, former defense secretary Leon Panetta had some words of advice for the newcomer.

"Presidents of the United States ought not to be on Twitter. They ought to be acting quietly, responsibly, thoughtfully to the issues Presidents are going to have to face," said Panetta.

Panetta criticized president-elect Donald Trump for saying, without any proof, that he would have won the popular vote had it not been for all the illegal voters.

Panetta who was the White House chief of staff under President Clinton said Mr. Trump should have a diverse cabinet. That's why he says, potentially bringing in archrival Mitt Romney is a good idea.

"I think it's a good idea for Presidents to think about bringing in viewpoints that he may not always agree with," said Panetta.

When asked what he thought was the biggest threat to America, Mr. Panetta said it's Washington's stalemate.

"And suddenly you have gridlock again, I think that's the most dangerous thing for this country in the future, because it will undermine our ability to deal with both foreign and domestic crises," said Panetta.

He says if president-elect Trump is to succeed, he must reach across the aisle.

Panetta recently spoke to President Bill Clinton to express his disappointment with the outcome of the election.

"Ultimately in defeat you find what you really need to do in order to make life worthwhile," said Panetta.