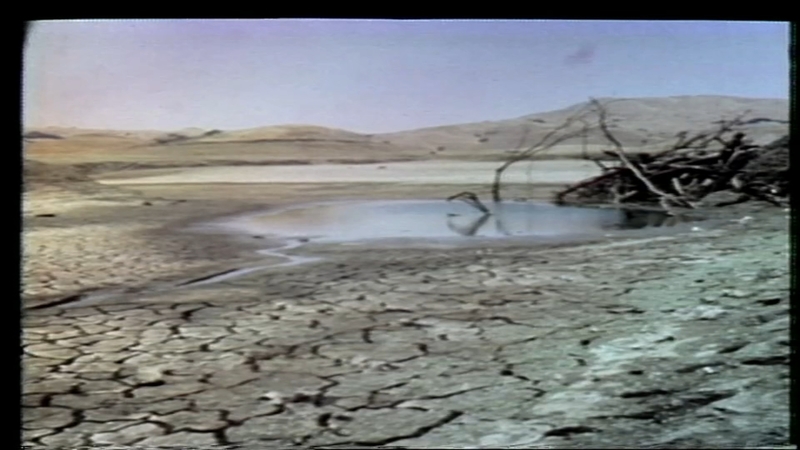 SAN FRANCISCO (KGO) -- It's not a surprise that California has fallen into an even deeper drought.

Last month, Governor Gavin Newsom declared 50 of 58 counties in the state were part of a drastic "drought emergency."

But history has a way of repeating itself. Do you know---or remember when--- California went through a historic drought of its own in the late 1970s?

RELATED: Wondering how to reduce water use by 15%? Here are some helpful tips

In July 1977, ABC7 produced a five-part week-long series that looked into the state's drought between 1976 and 1977, and its present and future impact on the Bay Area and beyond.

"We've been talking about the drought for a long time, and we know it's the worst one in recorded history," Giddings said.

"Right now at Crystal Springs, where I'm standing, I would be burred underneath 12 to 15 feet of water had this been a normal year. Instead, what do we have? Sunbaked unwatered soil," he said.

Marin County depended on the rain to get its drinking water, especially from the Nicasio Reservoir. But due to one of the driest months in recorded history, residents were encouraged to conserve water inside their home.

Wanda Burgess from Marin County used a pump for her laundry and garden.

Also, county residents were told not to run wasteful water outside of their home or would face a fine.

In the South Bay, residents had to figure out how to survive since some mountains had no water.

"Well probably most people don't appreciate what a precious commodity it is, as I never have before," said Janice Sands, whose well ran dry in the South Bay mountains.

"And when I'm visiting friends in town and see them leaving their tap on, I'm the first one to reach over and turn it off. Even though in their case, it's not a problem yet, but could be," she said.

Part Three
How much is it going to cost us to catch up on the loss of water due to the drought? How much will it cost to dig up a well?

Statistically, the 1977 winter season could be just as dry as the winter before. The Bay Area could potentially face danger with its water supply as the Hetch-Hetchy system, a water supplier for the San Francisco Bay Area, saw a 48 percent level in water, a drop from its normal 90 percent.

This report also looked into the water dangers in Santa Clara County faced as well as both the Marin municipal water district and the East Bay municipal utility district.

The final report in this series, Pete Giddings went around his home to demonstrate how you can conserve water in California's drought.

In this edition of "From The Archive," we revisit the one of the driest periods in California's history in the 1976-1977 season.