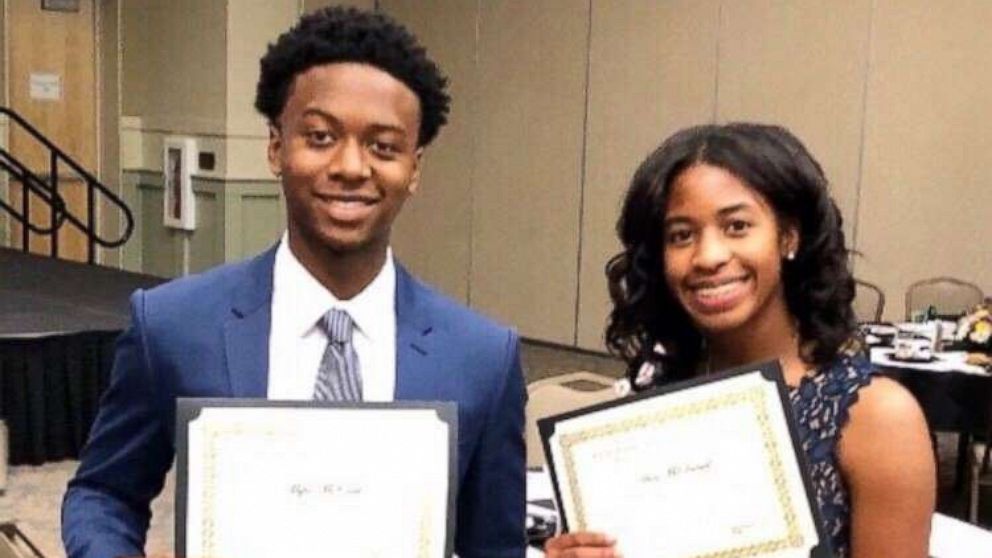 On June 18, the valedictorian and salutatorian at Florida's Haines City High School will deliver their commencement speeches. And for the first time ever, both students are African American.

Myles McCants achieved a 4.409 grade point average, and Aria McDaniel holds a 4.394. In addition, Myles is making history on his own as the first African American male valedictorian at the school.

"I don't think it's fully hit me yet," Myles said of his academic title. "I'm glad that Aria is right there next to me. If I were to lose the spot, I'd definitely want it to be to her."

When he's not studying, Myles participates in clubs like Future Business Leaders of America and Distributive Education Clubs of America (DECA). He was this year's president of student government and also played golf and basketball.

Outside of sports, she was president of the National Honor Society and involved in a club working for students against tobacco.

Both teens took AP classes and earned college credits while in high school.

"We separated the competition completely from our friendship," Aria said of her and Myles' goals to be the highest ranking students. "This year we had a class together and we would help each other out."

"Hard work really does pay off," she added. "I got into my dream school, I'm getting scholarships. It's all coming together."

Aria will attend the University of Florida this fall to study biology. Her goal is to become a pediatrician.

Myles will be at the University of South Florida studying political science. He'd like to be a transactional attorney after law school.

"I've seen them mature and grow from freshman first entering campus to seniors leaving," Haines' principal, Adam Lane, told "GMA" of the two graduates. "Those two really helped me develop the culture and climate that we have here -- making sure everyone gets involved, feels welcomed and connected."

As for their advice to rising students, Myles said it helps to do 70 percent of your homework at school when there's time.

As for Aria, she said, Be patient and you'll get noticed for your accomplishments.

"It's OK to be the overachiever," she added.