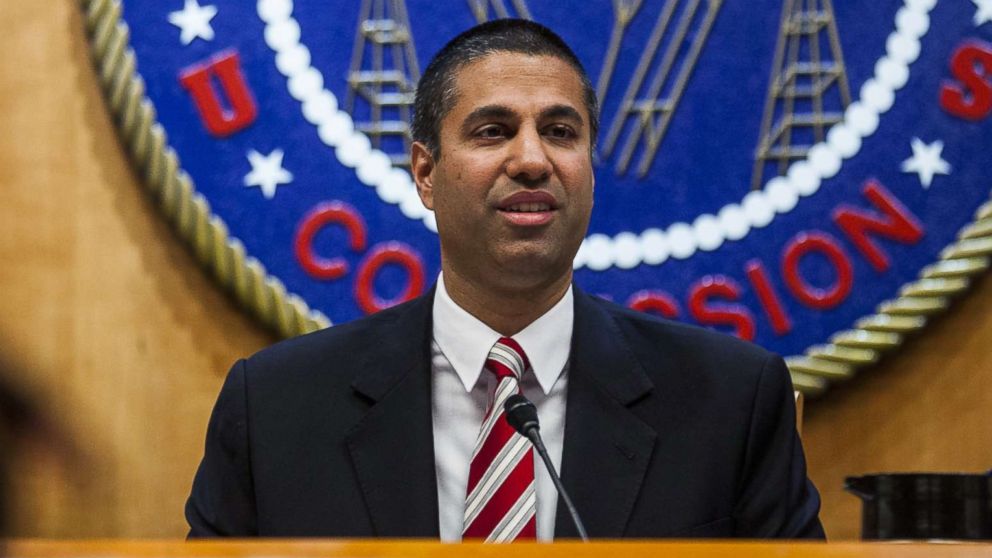 The five commissioners of the FCC voted along party lines - three Republicans to two Democrats - to roll back the rules, imposed in 2015 under President Barack Obama. The public debate over the rules has been heated at times, and Thursday's decision came after a brief delay when, on the "advice of security," FCC Chairman Ajit Pai announced they needed to take a recess and the hearing room was evacuated.

"It is not the job of the government to pick the winners and losers of the internet ... We should have a level playing field," Pai said Thursday.

Under the regulations rescinded Thursday, internet service providers were prohibited from influencing loading speeds for specific websites or apps. The vote rolled back policies that treated the internet like a utility, and it could lead to the creation of different speed lanes for websites or content creators, with higher prices for faster speeds. Critics worry that those costs could be passed along to consumers.

Democratic FCC Commissioner Jessica Rosenworcel described the vote as one that puts the FCC "on the wrong side of the American public" and said she would not "give up" on efforts to fight the reversal.

Internet service providers will have to disclose whether they engage in certain types of conduct, such as blocking and prioritization, after Thursday's decision. They must further explicitly publicize what is throttled and what is blocked, with the information posted on an easily accessible website hosted by the company or the FCC. The measures must still be approved by the Office of Management and Budget before they take effect - a process that can take several months, according to FCC officials.

The reversal is a hallmark victory for Pai, whose 11-month tenure has seen him strongly advocate for reduced regulation. He was named FCC chairman in January by President Donald Trump, who has made no secret of his interest in reining in Obama-era business regulations.

Eighteen state attorneys general made a last ditch effort to delay the vote by claiming they uncovered more than a million public comments on the motion using fraudulent identities.

"The FCC must delay its vote until we get to the bottom of this massive fraud," said New York Attorney General Eric Schneiderman. Pai ignored requests for a delay, and after the vote, Schneiderman and Washington state Attorney General Bob Ferguson indicated they will sue to stop the move.

An additional request to halt the vote came from Sens. Susan Collins, R-Maine, and Angus King, I-Maine, this week, who argued that Congress and the FCC should hold public hearings "in order to investigate the best way to ensure citizens and our economy have strong net neutrality protections that guarantee consumer choice, free markets and continued growth."

More than 100 House Republicans sent a letter to the FCC on Wednesday applauding the agency's plan to reverse its net neutrality rules.

Some internet service providers, including Comcast, while supporting the reversal, have promised not to throttle speeds or block websites, a pledge met with skepticism by Democratic FCC Commissioner Mignon Clyburn.

"What they will soon have is every incentive to do their own thing," she said in remarks before the vote. "Who is the cop on the beat who can or will stop them?"

A number of prominent technology companies voiced their opposition to the reversal as the FCC fielded public comments over the past few months. After the vote Thursday, Netflix expressed its disappointment in what it called a "misguided" decision.